The movie is largely founded on its special effects. When somebody isn’t talking, something is banging, clanging or laying rubber. The armored robotic suits utilized by Tony and Obadiah would upstage lesser actors than Downey and Bridges; it's surprising how much those two giant iron men seem to reflect the personalities of the men inside them. Everything they do is preposterous, of course, but they seem to be doing it, not the suits. Some of their moments have real grandeur--as when Tony tests his suit to see how high it will fly, and it finally falls back toward earth in a sequence that reminded me of a similar challenge in "The Right Stuff." The art direction is inspired by the original Marvel artists. The movie doesn't reproduce the drawings of Jack Kirby and others, but it reproduces their feeling, a vision of out-scale enormity, seamless sleekness, secret laboratories made not of nuts and bolts but of...vistas.

A lot of big budget f/x epics seem to abandon their stories with half an hour to go, and just throw effects at the audience. This one has a plot so ingenious it continues to function no matter how loud the impacts, how enormous the explosions. It’s an inspiration to provide Tony with that heart-saving device; he’s vulnerable not simply because Obadiah might destroy him, but because he might simply run out of juice. 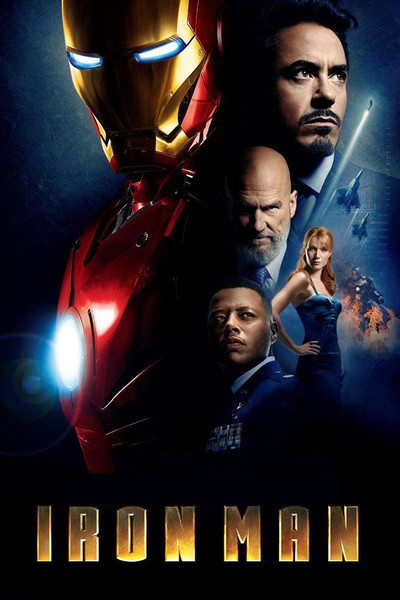 Rated PG-13 for some intense sequences of sci-fi action and violence, and brief suggestive content