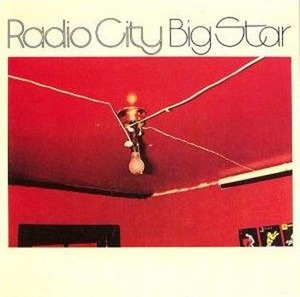 Beyond talent, there's the often dismissed importance of experience -- in music and life. Does an artist have something interesting to say and the ability to say it in a unique and interesting way? The answer is usually "not really." One of the chief reasons that rock and roll from the 1960s and early 1970s still looms large is that its creators had deep reserves of experience to draw upon when the time finally came to go to the well in the recording studio. Take The Beatles or The Stones, Bob Dylan or Bruce Springsteen. Each knew hundreds upon hundreds of cover tunes -- a disparaged concept today but vital to learning how music works -- and had played endless gigs trying to sell them to indifferent, if not downright hostile, audience. That experience takes patience but it eventually can get you to a point where you can write songs of your own that become a meaningful and permanent part of other peoples' lives.

[JE: Here I just want to throw in that when Kurt Cobain, who drew upon what he learned from the Beatles to the Pixies in his music, sang songs from Lead Belly ("In the Pines") or the Meat Puppets ("Lake of Fire") he encountered great enthusiasm from his audience.]

Alex Chilton, with century-deep family roots in the Mississippi Delta and a dad who infused his youth with jazz, may have only been 22 when "Radio City" was recorded, but he'd hit the road at the age of 16 -- playing shows all across the country, surrounded by masters of the craft, soaking up everything he could. It doesn't require any stretch of the imagination to believe that a kid who grew up listening to "Mingus Ah Um" and "Birth of the Cool," learned how to play guitar from a Beach Boy, and got to watch Wilson Pickett and The Staple Singers burn down the house night after night is going to have a few more interesting colors on his artistic palette than a kid who grew up watching music videos in his bedroom while copping shred licks in dropped D tuning. You can't see them but you can definitely hear them. 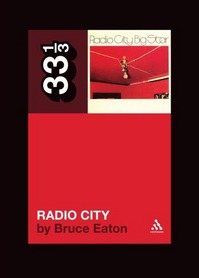 While I see no reason this has to be an either/or proposition -- there's something to be said for artists who do what they do because they aren't aware of tradition (their lives may be poorer for it, but not necessarily their work), and who knows what ideas the kid might get from those videos? -- I do treasure art that shows an awareness of what has come before. And by that, as I've said before, I don't mean Puff Daddy (as he was then known) licensing "Every Breath You Take" and laying his own words over it, but a more subtle and organic metabolization of whaddayacall "influences."

So, I just want to take this opportunity to remark that I've been listening to a lot of Alex Chilton since I heard the news of his death (this is a much bigger deal to me than Michael Jackson), from the Box Tops to Big Star and beyond, and I'm loving how I'm hearing it. Knowing, for example, that Big Star's "#1 Record" (an album I've played countless times) was released in 1972 (distributed -- albeit barely -- by the great Memphis label Stax/Volt, as it was dying) allows me to hear into its past/present (Stax, Motown, Beatles, T Rex, Byrds, Kinks, Todd Rundgren, Neil Young) and into its future (dB's, Posies, Fountains of Wayne, millions of other Big Star-influenced "power pop" bands) at the same time.

Eaton describes finding a copy of 1974's "Radio City" in the $1.50 yellow-dot bargain bin of his favorite Buffalo, NY, records store in June of 1976. An inspired passage: "It was here you'd find the records that were one step from being put out to the curb -- either worn-out and abandoned college dorm hits of yore (Carole King and Cat Stevens lived here), albums that even an artist's hardcore fans couldn't swallow (Steve Stills was releasing direct-to-yellow-dot at that point), or records that for one reason or another never garnered a following (April Wine were the Led Zeppelin of the yellow dots)."

But it doesn't really matter when a great work was made, or when you eventually connect with it (though the essential magic of the "adolescent window" is not to be denied). As Eaton writes:

To me the definition of a great record is simple -- when you finish playing it, you want to play it again. And again. And again. You can play a great record at any time during the rest of your life and it will still sound as fresh and immediate to your ears as it would to someone hearing it for the first time. A great record transcends nostalgia -- you needn't to have "been there" to "get it." It isn't dependent on having been the soundtrack for your first kiss and there's no sell-by date on the cover. A great record can trick you into thinking that you have discovered the key to complete understanding of the known universe.

To quote James Joyce: "Yes." Of course, a great movie makes you feel the same. A great record is, as Eaton says, about the sound. A great movie is about what you see (though sound may figure into it, too). To Eaton (who opens the book with a quote from Ray Charles: "You've got to remember that the name of the game is what does it sound like...."), "Radio City" sounded like a host of transistor radios heard on the beach, like "an album that had been created in the past and then beamed to a time and place somewhere in the future for the world to eventually discover it..":

It's as if all of the music coming out of all the little transistor radio speakers -- Beatles, Stones, Byrds, Beach Boys, Sam and Dave, Fifth Dimension, Lovin' Spoonful, Question Mark and the Mysterians, Supremes, Young Rascals, Sonny and Cher, Four Tops, Sam the Sham, Napoleon The XIV -- had somehow beamed into outer space to some distant planet and then transformed by a band of musical alchemists into something both fresh and yet familiar and sent back to Earth in a stream of glowing super-charged particles by a wizard of sound.

ADDENDUM (03/21/10): The day after I published the above, Girish Shambu (a jazz pianist in addition to his many other sterling talents!) posted the following on Facebook:

I've been revisiting Thelonious Monk all week. I find it fascinating that when he plays standards on solo piano, his left hand is looking backward to the past (early 20th c. stride piano, played four to the measure) while his right hand is looking forward in time (acutely dissonant melodic intervals like minor seconds, a deeply modernist sound).