You wild, beautiful thing. You crazy handful of nothin' 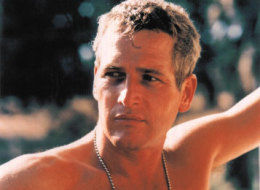 After she read my obituary of Paul Newman, my wife Chaz asked me, "Why didn't you write more about his acting?" She was right. Why didn't I? I've been asking myself that. Maybe I was trying to tell myself something. I think it was this: I never really thought of him as an actor. I regarded him more as an embodiment, an evocation, of something. And I think that something was himself. He seemed above all a deeply good man, who freed himself to live life fully and joyfully, and used his success as a way to follow his own path, and to help others.

If Newman was that kind of person, so, too, was his wife of more than 50 years, Joanne Woodward. Too little attention was paid to her in the appreciations. They grew old and fine together. None of us can ever know the truth of another life. But to the degree that we can guess it, I believe that Joanne and Paul shone upon each other, agreed on the fundamentals, expressed the same fusion with acting, did good, were happy in a way that brings contentment. 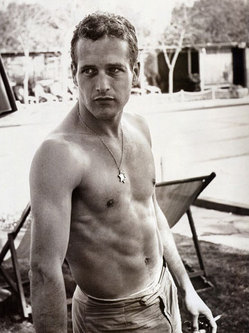 How did he embody and evoke? I learn that several Jesuits use "Cool Hand Luke" in classes about film and theology. In this reading, Luke is Jesus, of course, and Dragline is Peter, who sits down with new prisoners after Luke's death and begins, "Let me tell you about Luke." You can work out his mother, Mary, and Judas Iscariot for yourself. Someone should count the inner circle of prisoners who always seem to gather around him. Although Luke could choose to end his suffering by bowing to the cruel prison wardens, he continues to absorb it without complaining, perhaps using nonviolent resistance as an example to the others. Consider the conversion of Dragline. In my recent re-review of the film, I ask what other actor could have so successfully played Luke. 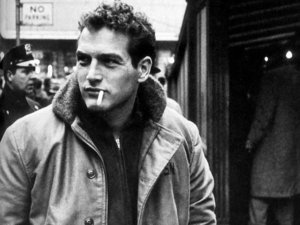 In the obituary, I wrote that I had interviewed him many times. Not true. It only seemed that way. I met him three times, once as he campaigned for Eugene McCarthy in the 1968 Wisconsin primary, once for a few days in 1969 on the set of "Butch Cassidy and the Sundance Kid," the third time in New York to discuss "Nobody's Fool" (1995). Maybe his films expanded in my mind to make it seem that I knew him better. I could see no division between the man and the actor. That's not to say he always played himself. He was expert at crafting roles. It's more to say that there was no filter, veneer or visible style to his acting. You saw him as if through a glass, clearly. He was not "naturalistic," but natural. He was at ease within himself. He didn't seem to "create" characters but more to embrace them, love them, speak for them. I am aware I sound almost foolish here. But that's the way I see it.

It was the summer of 1969 when I visited the set of "Butch Cassidy" on the back lot at 20th Century-Fox. I had been a movie critic for two years. I was working on my first assignment from Esquire magazine, which was still celebrating the New Journalism. I was heavy with responsibility to live up to the magazine's requirements, and nervous about applying them to Newman. The Wisconsin piece had been straight journalism. This had to be more. He was a movie star. My definition of a movie star was, and is, someone you regard as a magnificent adult when you are not yet one yourself. "Stars" of your own age and younger never have the same psychic force. In 1969, there were very few stars as "major" as Paul Newman.

I walked into his trailer. He did not regard me as an intruder, a possible source of irritation, someone who was invading his private time. He casually welcomed me to the flow. He looked at me openly and accepted that we were talking with each other, and that such a thing was natural. There was no "getting to know you" process with Newman. He acted as if he already knew you. I am not naive. I don't believe I have ever truly known an actor--or a director either, with a few exceptions. When you approach them as a journalist, they are there and you are here. But sometimes they can act as if the line isn't there. Lee Marvin was that way, too. Scott Wilson. Martin Scorsese. Meryl Streep. Robert Altman. Werner Herzog. Tilda Swinton. Paul Schrader. Joan Allen. Gregory Nava. Mike Leigh. And others, but my list is not long. 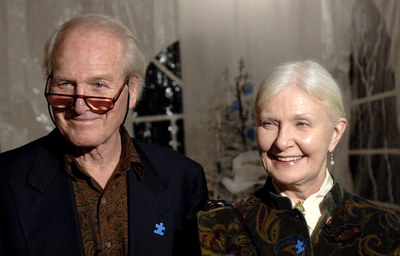 Never mind what happened in 1969. I'll dig up the old magazine and put it on the web site. Let's move forward to 1995, and listen very carefully. When I walked into his room, he said, "Aw...it's you again." The point is not that he remembered me. The point is how he said "aw..." Imagine it in Paul Newman's voice. It evoked feelings hard to express in words. The "aw" wasn't "oh, no," as it sometimes can be. To it me it translated as, "Aw, it's that scared kid, grown up." Whatever it meant, it put me right at home.

We linger on such moments because movie stars are important to us. They represent an ideal form we are deluded to think exists inside of us. Paul Newman seemed to represent the best of what we could hope for. He was handsome, yes. He had those blue eyes, yes. Helpful in making him a star, but inconsequential to his ultimate achievement. What he expressed above all was grace, and comfort within his own skin. If he had demons, he had faced them and dealt with them. Is this my fantasy? Of course. That's what movie stars represent, our fantasies. His wife, children and grandchildren knew him, and which of us would not hope to receive such a loving tribute after we're gone? ("Our father was a rare symbol of selfless humility, the last to acknowledge what he was doing was special. Intensely private, he quietly succeeded beyond measure in impacting the lives of so many with his generosity.")

Humility. Yes. I rode around with him for a day during that Wisconsin primary. No movie star attitude. He plunged right into crowds. Played a game at a pool hall. I remember him starting every speech the same way: "I'm Paul Newman, and first off I want to apologize for making 'The Silver Chalice'."

I've read over this piece, I realize it's growing too long, and I still haven't discussed Paul Newman's acting. Or maybe I have.

My Great Movies reviews of Cool Hand Luke and The Hustler.