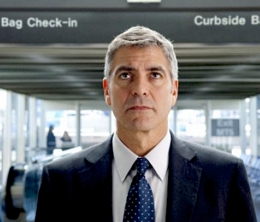 It was two years ago on Saturday night that Jason Reitman's "Juno" had its world premiere here at Toronto. The standing ovation that night was the most spontaneous and joyous I can remember. Still vibrating, Reitman stood on the stage of the Ryerson Theater and vowed, "I'm gonna open all of my films right here in this theater at Toronto." True to his word, his new film "Up in the Air" played the Ryerson at 6 p.m., Saturday--same time, same place.

It stars George Clooney in one of his best performances, as a frequent flyer. His ambition is to pass the 10 million-mile mark in the American Airlines Aadvantage Program, something very few ever do. Asked on an airplane where he lives, he replies, "Here." He's a Termination Facilitator. He fires people for a living. When corporations need to downsize quickly, he flies in and breaks the news to the new former employees. In a lousy economy, his business is great.

The film has a lot to say about unemployment, but it isn't about the economy or living on the road. It's about loneliness, a feeling the Clooney character thought he would never experience. To a fellow road warrior (Vera Farmiga), he insists he never wants to get married, never wants to have children, and doesn't own a home. He gives inspirational talks on how to empty the backpack of your life of all those people and possession you've been lugging around.

This is Reitman's third feature. Still only 32, the son of the Canadian producer-director Ivan Reitman ("Ghostbusters"), he grew up behind the counter of the family store, to speak. All of his films are very funny, but none of them is a comedy. That's not easy to do. Nor has he made a film aimed only at his generation, although Juno, to be sure, is 16. All three are about social issues. "Thank You for Smoking" (2005) was about the promotional strategies of the tobacco industry. "Juno" (2007) was about teenage pregnancy. "Up in the Air" is about the so-called Bowling Alone Generation, professional people who make a lot of money for themselves and their corporations, and value that above families and relationships. They may not even much care about where they live. 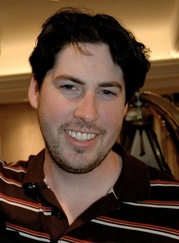 The rise of Jason Reitman is in a way emblematic of the Toronto Film Festival. It was founded before he was born. His father was instrumental in it from the beginning--and his family, indeed, owned the land on which the Bell Lightbox, the festival's new permanent home, is rising. Over the years Jason attended dozens of festival movies, not as his father's son, but as another one of those kids gung-ho for movies and lining up outside theatres, topping up from their bottles of mineral water. He represents the hope of the cinema.

By that I don't mean Reitman, personally, carries the future on his shoulders. I mean that from his first film he has held himself to a high and worthy standard. He might have made teen sex comedies, buddy movies, horror, anything. He decided to make films for people who think. Not intellectuals or movie snobs, but people who seek films about characters who have something to express and a style of expressing it.

It's too bad the term "adult movies" means "X-rated films." It should mean "movies for the mature." You can be 12 years old and be mature. You can be 30, 40, 50, and you'll never be mature. Every summer brings the usual "tentpole movies," expensive action fantasies filled with CGI special effects. They open with multi-million-dollar media campaigns, fast food tie-ins, toys, video games, t-shirts. They gross 100, 200 million dollars, and fade from sight like a hurricane--leaving damage behind, but little of value. Nobody in Hollywood ever got fired for making one of these movies. They turn a profit. They have to. The system is gamed. If you spend enough money promoting a movie, you can guarantee yourself a profit. 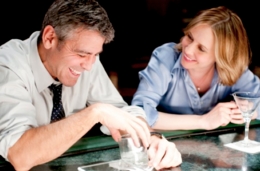 For 34 years, in Toronto on the weekend after Labor Day, movies for the mature come back into season. Several of next year's Oscar nominees invariably open. Most of the 361 films here will not win nominations, or maybe even make money. But very few of them were made for cynical reasons.

You can be 32 and already have three good films under your belt. Look at Spielberg. You need to find the financing, of course, but that's not the hard part. The hard part, as wise men have said for generations, is story, story, story. Reitman's films are not in the business of following formulas. All three have pointedly ended in ways we probably didn't expect. All three have insights deserving consideration. All three require actors who can deliver complex and fascinating dialogue. All three make us care. That with Reitman we also usually laugh a good deal is so much the better.

I've seen a lot of wonderful films here already. Lone Scherfig's "An Education." Steven Soderbergh's "The Informant!" The Coen brothers' "A Serious Man." Michael Haneke's "The White Ribbon."  Lee Daniels' "Precious: Based on the Novel Push by Sapphire." Several others. More to come. Last July as I was watching "Transformers: Revenge of the Fallen," I knew this season would come. After that film was over, I was 150 minutes closer to it.

Clooney's motivational lecture from "Up in the Air"