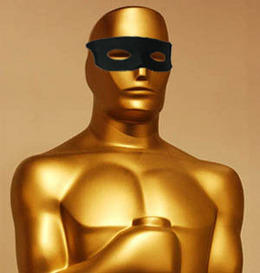 Of course, no one is really robbed of an Academy Award nomination. It's a gift; not a right. The balloting procedure is conducted honestly and reflects a collective opinion, which was demonstrated this year when the Academy voters had the curiosity to seek out Demian Bichir for best actor for his deeply convincing performance as a Mexican gardener in Los Angeles in "A Better Life." He wasn't on my mental list of possible candidates, but when I heard the name, I thought, "Of course! Good thinking!"

Does it therefore follow that in the best actor category, Bichir "robbed" Michael Shannon of "Take Shelter," Ryan Gosling of "Drive" or Michael Fassbender of "Shame" (2011)? It does not, even though those performances were so good. There were no unworthy nominees for best actor. But let me also point out that none of the five nominees was as electrifying as the three who were "robbed." That's not a fault. Their roles weren't of that nature.

In the best actress category, those who were "robbed" included Tilda Swinton in "We Need to Talk About Kevin," Charlize Theron in "Young Adult" and Vera Farmiga in "Higher Ground." Here I will be bold and name two nominees I didn't feel were worthy: Meryl Streep and Glenn Close.

Streep, of course, is a paragon. Her impersonation of Margaret Thatcher in "The Iron Lady" was so uncanny she could have given a speech on the BBC and fooled a lot of people. But it wasn't a very good film and didn't make adequate use of her as a resource. In my review, I used a happy turn of phrase: She was all dressed up with nowhere to go. Nominating Miss Streep seems to have become an annual ritual for the Academy, like bringing on the accountants with their briefcases. 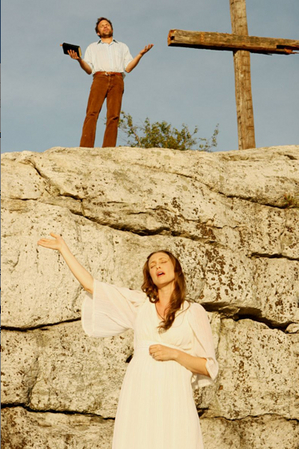 Vera Farmiga not only starred in "Higher Ground," but also directed it. In both tasks she shows complete clarity about what she wants to accomplish. The film follows three stages in a woman's journey through religion: childhood belief, mainstream Protestant, 40ish evangelical. (She plays the third.) The film never says she is making the right or wrong decision, only that what she does seems necessary at the time she does it. In a world where believers and agnostics are polarized and hold simplified ideas about each other, it takes a step back and sees faith as a series of choices that should be freely made. She is intensely human at every stage.

Glenn Close's performance in "Albert Nobbs" was too limited, I think. Her female-to-male transition evoked a character paralyzed with dread of discovery. Except for one lovely scene of brief liberation, there was no range, simply a woman who hopes that by keeping a frozen face and blending into the wallpaper she can pass. Her Albert Nobbs seems monumentally clueless if she believes it's plausible the cute little chambermaid yearns for a sexless marriage running a tobacco shop. Nobbs seems not merely frightened and shy, but lacking a basic working knowledge of the facts of life. That isn't inappropriate for the character, perhaps, but it does little to make the film involving.

In her place I would rather have seen Tilda Swinton's devastating performance as the unwilling mother of a demonic son in "We Need to Talk About Kevin," or Charlize Theron's self-destructive, vulnerable former prom queen in "Young Adult." Yes, her character was as clueless as Albert Nobbs in thinking her high school boyfriend would drop his wife and new baby to marry her. But it's the kind of thinking an alcoholic can drift into. 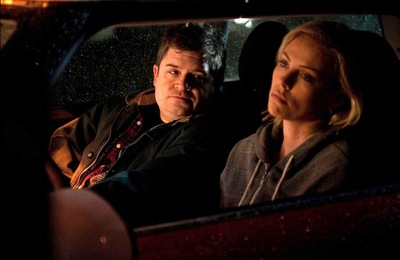 a In the same film, Patton Oswalt's performance as the legendary nerd in Theron's high school class deserved a nomination. So certainly did the work of Albert Brooks in "Drive," as a gnarly old gangster a million miles distant from his previous characters. Both performers were acting. Who were they "robbed" by? I think perhaps by Nick Nolte's work as the father in "Warrior." I wrote in my review that "he embodies, as only Nick Nolte can, the shaggy, weathered heroism of a man who is trying one more time to pull himself together." Yes, but isn't that the role he's been playing routinely? To see him as the great actor he is, look again at his nominated leading performance in Paul Schrader's "Affliction" (1997). In "Warrior," he's typecast.

Here's a question I hate to ask. Why was Max von Sydow nominated for "Extremely Loud and Incredibly Close"? It was not a great movie, and the role of a young boy's wise old companion was not original nor did it stretch. Does it strike you as ironic that at the age of 82, with 145 IMDb credits since 1949, the iconic actor from so many of Ingmar Bergman's masterpieces should have been nominated for this film? Brooks and Oswalt were taking chances and bringing forth from within themslves characters who were original and new.

As best actor, I would have preferred seeing Ryan Gosling from "Drive" or Michael Fassbender from "Shame." I'll get back to "Drive." I think it goes without saying that Fassbender, playing a tortured, joyless, addicted masturbator, would not be nominated. To some degree, less perhaps in recent years, the Academy seems afraid the public will confuse the behavior of nominated characters with their own characters. They don't want to be seen as sympathizing with masturbators. 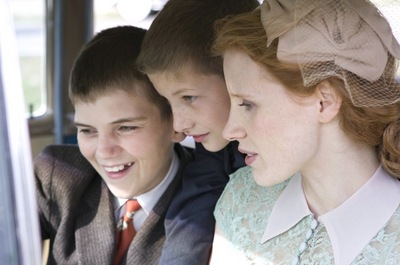 I have one complaint about the supporting actress category: It was not an actress but a film that was robbed. Jessica Chastain had an extraordinary year, but its highlight was the deeply believable mother in "The Tree of Life." Her performance in "The Help" not only had less weight and dimension, but it served a character, the trophy wife, who was marginal compared to the other nominated actresses.

In the same category, the nomination of Melissa McCarthy for "Bridesmaids" was deserved. Her chubby, butch gal pal was an original, a woman whose authenticity stole every scene -- and incidentally, a character we'll remember better than the leads.

Of course, this is all pure personal opinion. Most criticisms of the annual nominees can be translated as, "Here's who I would have nominated." I thought "The Tree of Life" was a masterpiece and was pleased that the Academy agreed. I know it had its puzzled detractors, some of whom reportedly demanded their money back. You know my reservations about "The Help," but it won great popularity and admiration. The best film nominee that puzzles me the most is "Extremely Loud and Incredibly Close." It attached a 9/11 connection to the implausible story of a young boy wandering all over New York on a wild goose chase, but never mind: Did you meet anyone who really loved it? 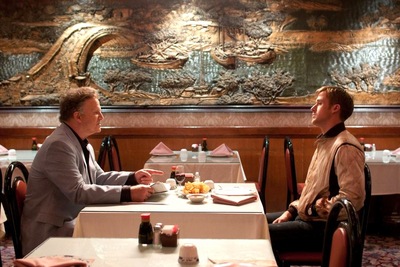 The film that should have been named in this category is Nicolas Winding Refn's "Drive." Transcending the crime genre, it stars Ryan Gosling as a man who lives primarily to drive. Sometimes he's a movie stunt driver, sometimes he drives getaway for crooks. He seems to have no family, no history and seemingly few emotions. Whatever happened to him drove any personality deep beneath the surface. He is an existential hero, defined entirely by his behavior. Not depending on violence, not buttressed by chase scenes, this film is a personality study. How often do we find the hero of an "action picture" to be this deeply interesting?

I have saved the worst robbery for last, and of course it is the Academy's inexplicable decision to ignore Steve James' and Alex Kotlowitz's "The Interrupters," which I think by consensus was the best documentary of the year. Filmed on dangerous streets, it followed Chicago ex-cons and former gang members who formed CeaseFire, a group of "violence interrupters" who personally interposed to talk street gangs out of deadly shootings.

This is the most discussed non-nomination since 1994, when James' masterpiece "Hoop Dreams" was not nominated. It was later revealed that volunteers of the Academy's documentary branch turned off "Hoop Dreams" after watching it for only 15 minutes. What their reasons were for passing over "The Interrupters" I cannot imagine. Which of the other nominees "stole" the nomination? I have nothing to say against any of them. So, tactfully, I will suggest it was a collective theft by all five.