We want them both to win

"Warrior" is a fight picture that arrives with perfect logic at a climax involving not one but three key bouts, and we forgive the coincidence that provides not one protagonist but two. The screenplay uses these devices to combine the structure of a rags-to-riches fighting story not unlike "Rocky" with the rich, seamy drama of a troubled family.

In an hour of scenes that establish them separately, we meet two brothers, Brendan and Tommy Conlon (Joel Edgerton and Tom Hardy). Brendan is a high school science teacher, married with children. Tommy is a Marine who served in the Middle East. They were wrestlers or boxers in high school, trained by their father, Paddy (Nick Nolte). Now the circumstances of life, however, bring them independently to the same decision: They need to fight to make a living.

Once this premise is clear, it is as certain as night follows day that Brendan and Tommy will meet in the ring for the championship. That accounts for the three climactic rounds, because each has to advance through a semifinal. What is intriguing is that "Warrior" doesn't have a favorite. We understand and like both characters, and so does the film. Director and co-writer Gavin O'Connor arrives at that standoff by playing fair: Both have motives, they are long estranged after an unhappy split in childhood, and in some ways, they hate each other.

When their mother left their alcoholic father, it was Tommy who went with her to California and watched her die. It was Brendan who stayed with his dad. When we meet Paddy in the film, he is approaching Day 1,000 of sobriety after a lifetime of drinking, and embodies, as only Nick Nolte can, the shaggy, weathered heroism of a man who is trying one more time to pull himself together.

Tommy always blamed Paddy for abandoning his mother, although it wasn't that simple. Now he turns up in South Philadelphia after many years, fresh from the war, keeping a secret. He asks the old man to be his trainer for a mixed martial arts championship. Neither one has the slightest idea Brendan might be involved. Meanwhile, Brendan faces foreclosure on his house, but when he wins the purse at a low-level MMA fight held in a tent in a parking lot, things get worse because he's fired from his job.

Mixed martial arts is a sport that perplexes me. I never quite understand how any of the fighters stay conscious for even one round. Hitting, butting, kicking, tripping and slamming are all part of the game, and I may be naive, but it all looks real to me. The punishment the fighters take is so severe that it strains credulity that the final matches are held during such a small time frame.

The fight scenes are choreographed and filmed with great energy and probably too much queasy-cam. Although the fighters must duck and weave, why must the camera? Various subplots, including Paddy's, Brendan's wife (Jennifer Morrison) and his trainer (Frank Grillo), are intercut with the action, and although Gavin O'Connor is not shy about exploiting action, he uses the full force of strong characters to give it more meaning than action alone could supply.

This is a rare fight movie in which we don't want to see either fighter lose. That brings such complexity to the final showdown that hardly anything could top it — but something does, and "Warrior" earns it. 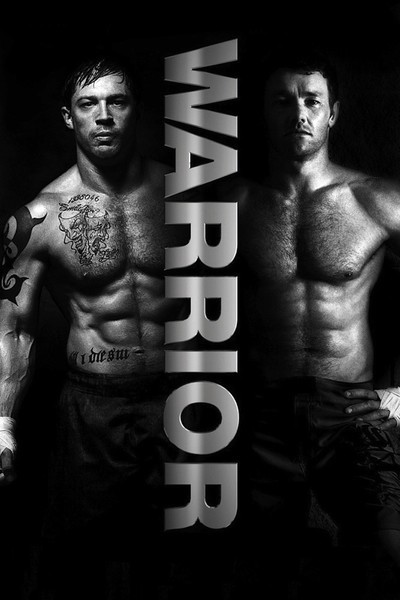