The ten best documentaries of 2009 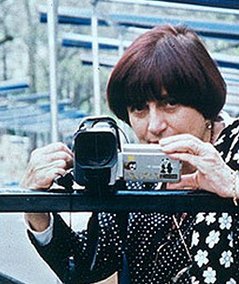 Such figures come from IMDb, which may be wrong, but if it's $1 million off, we're still not talking big numbers. What we're really talking about is eyeballs, or, as old Jewish exhibitors used to ask, "how many toochis on the seats?" The audiences for these films were found first at film festivals, and will now be found on DVD and video on demand. None of them played more than one theater in Chicago -- five of them at Facets. Yet I take heart from the comments after my earlier list of the year's best feature films.

Many said they used critics' year-end lists as a guide for DVD watching. I was told four of my films were already available for instant viewing on Netflix. The future of video on demand is here, and I hardly noticed. Whether this will be a future in which a filmmaker can make any money is yet to be decided. We may be headed for a time when we can choose between mass-market blockbusters and a permanent series of personal classic viewings. More than a century of movies are in existence, enough to last for us awhile.

Am I being ludicrously pessimistic? I hope so. I really do. I'll be going to Sundance 2010. Last year there certainly wasn't a feeding frenzy. Have you heard about "We Live in Public" It won the Grand Jury Prize for docs at Sundance 2009. I wonder what the mood will be like this year. I expect the usual mob scenes. But are the mobs there to see, sell and buy good films -- small ones in particular? It's my impression more actual business was done at Sundance when it was half the size. But it sure makes a great business expense.

I know the comments in my blog don't represent an enormous horde of eager film consumers. But they give me optimism. I hear from movie goers in India, South Korea, Uruguay, who have seen the new movies we're discussing right now. Sometimes they go to theaters, especially if they live in large cities. Sometimes they obtain DVDs, or watch streaming video, which is easier for them because their internet infrastructure is often faster than ours. Sometimes they -- well, you know what they do. That's a fact of life, and sooner or later the industry will have to figure out how to deal with it. Piracy represents theft to the studios, and rightly so. For a marginal indie filmmaker, it represents their audience.

Well. On that cheerful note, here are my ten favorite documentaries from 2009. Look on the sunny side: You have some good films to look forward to. 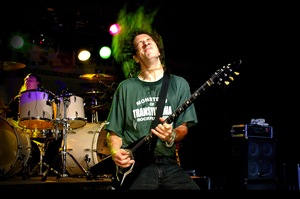 "Anvil! The Story of Anvil." A story of hope, dogged perseverance and rock and roll, with rock and roll only the occasion for the first two. In 1973, two friends in Toronto started a band and vowed to make r&r until they were old. Now they are old, at least for heavy metal rockers. The band has era moderate rise and a long, long fall, but they refused to give up, and loyal fans around the world kept the faith and treasure the t-shirts. The founders scrape by with telephone sales, demolition and school meal delivery, but keep on rocking. This is the sound of optimism: "Everything on the tour went drastically wrong. But at least there was a tour for it to go wrong on." 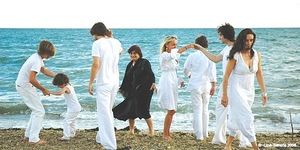 "The Beaches of Agnes." Made in her 80th year by Agnes Varda, one of the founders of the French New Wave, who brims with joy and energy as she dances on the beach with her family and revisits the places of her life and such locations as the street outside her door, which she once turned into a beach. Of regrets she has few, apart from the untimely death of her beloved Jacques Demy. Includes the most poetic shot about the cinema I have ever seen: Two old fishermen, who were young when she filmed them, watch themselves years later as they push a movie projector and screen on a cart through the night streets of their village. 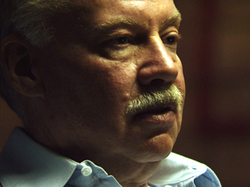 "Collapse." Terrifying. Michael Ruppert, a controversial blogger from way back, transcends opinion about himself by flatly and concisely laying out facts: We have passed the halfway mark in world oil consumption, and it is rising as China and India come online. We will run out in about 40 years. Alternative energy sources use oil. You do the math. We are finished by about 2050, and there's not much we can do. A mesmerizing use of images, music, and Ruppert's implacable voice. By Chris Smith, of the classic "American Movie." 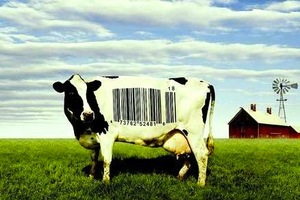 "Food, Inc."  A handful of giant corporations control the growth, processing and sale of food in this country, and don't want you to realize the extent of their power. They enforce their policies and threaten reprisals against those raising crops and animals by organic and Green methods. They dictate cruel and unhealthy living conditions for animals, and place our health second to their profits. And they back it all with multi-million dollar ad campaigns portraying themselves as benefactors. By Robert Kenner. 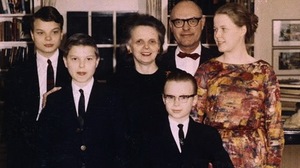 "Must Read After My Death." A cry from the grave. A woman who died at 89 left behind 50 hours of audiotapes, 200 home movies and 300 pages of documents, ending 30 years earlier on the death of her husband. It tells a story of a marriage from hell. Now assembled by one of her sons, it portrays a toxic marriage, an overwhelmed mother, and a monstrous road warrior father named Charley who was a Good Time Charley, but not at home. After his death, the woman never mentioned him again. But she kept these records. I've never seen anything like it. 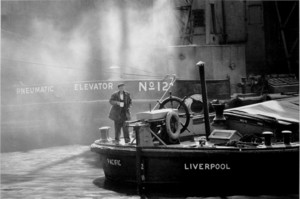 "Of Time and the City." The British filmmaker Terence Davies, whose subject has often been his own life, now turns to his city, Liverpool, and regrets not the joys of his youth but those he didn't have, especially the sexual experiences forbidden by the Catholic church to which he was devoted. He was born into a modest home, shaped by the church, tortured by his forbidden homosexual feelings, and "prayed until my knees bled." His memories, mixed with those of the city, use remarkable archival footage collated from a century. Includes classical and pop music, and Davies's deep voice, sometimes quoting poems that match the images. A film of a reverie. 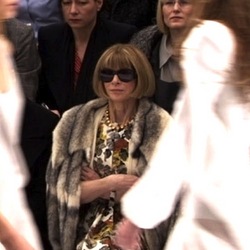 "The September Issue."  What a piece of work is Anna Wintour, the editor of Vogue, the most ad-heavy magazine in history. Arguably the most powerful woman in fashion, she rules from behind dark glasses and a detached expression. Every word is law. Her staff is on tip-toes, all except for Grace Coddington, a Julia Childian former model who has been on the staff as long as Wintour and is as earthy as Wintour is aloof. Filmed behind the scenes during the ramp-up for Vogue's all-time record Sept. 2007 issue. "The Devil Wears Prada" didn't tell the half of it. By R.J. Cutler. 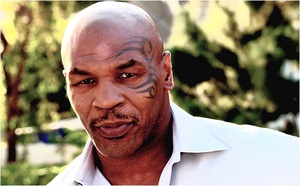 "Tyson." James Tobak's surprising documentary discovers a Mike Tyson we didn't know existed, a bullied little boy who grew up determined to protect himself and often fought out of fear. It's as if the victim of big kids is still speaking to us from within the intimidating form of perhaps the most punishing heavyweight champion of them all. Working with an unlikely friendship going back many years, Toback asks the right questions and Tyson opens up in ways he may never have before. What emerges is a nuanced and revealing portrait of a heavyweight champion who is anything but the "animal" many people thought they saw. 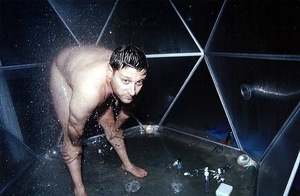 "We Live in Public." Josh Harris is billed in this film as "the greatest Internet pioneer you've never heard of." He was a myopic visionary, a man who saw the future more vividly than his own life. His Pseudo.com, sold for $80 million circa 1990, financed a project named Quiet: About 100 of the best and brightest he could find agreed to live 24 hours a day in a cavernous space below street level. They would be under video surveillance every moment. How this worked in practice makes a doc all the more fascinating because filmmaker Ondi Timoner was on the scene from the start. Winner of the Grand Jury Prize for best doc at Sundance 2009. 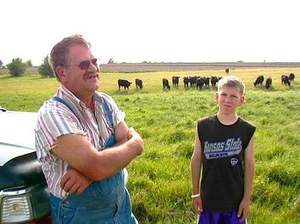 "What's the Matter with Kansas?"  Portraits of Kansans, right and left, in a state that seems to be letting them down. We meet a likable Christian mother and farmer named Angel Dillard, and a populist farmer named Donn Teske, both struggling to keep their family farms afloat after two drought years. The doc argues that voters in the heartland vote against their own economic and social well-being, because they consider hot-button issues more important. An evangelical con game is excused as the will of God.