"At first they thought there was something wrong with my eyes," Adam tells us. But his vision is not the problem. Adam, a high school senior played by Charlie Plummer, is seeing things that are not there because something is wrong with his brain. He has schizophrenia, a serious mental illness that can include aural and visual hallucinations, delusions, and extremely disordered thinking and behavior. In other words, all of the data we constantly absorb to understand what is happening around us and then use to respond, including judgments about basic safety and how many people are in the room, can be distorted for people with schizophrenia. Adam, for example, is in his school chemistry lab working on an experiment with his best friend when suddenly it seems to him that he is being attacked. He then knocks over a vial of chemicals, burning his friend's arm so badly he needs a skin graft, creating such a disturbance that he is thrown out of school.

Stories about teenagers are particularly compelling because the struggles of adolescence are universal; they are inherently heightened and therefore inherently dramatic. In addition to the intensity of hormones and separation from parents and intense emotions, there's the pressure of the restricted, hothouse environment of home and what Adam calls "the unforgiving ecosystem that is high school." Adding mental illness to the story heightens it further and provides another level of pressure and confusion. But at its essence it is a story about what all teenagers—and all people—want: to be independent, to have satisfying work, and to love and be loved. The specifics work, with superb performances from an exceptional cast, and that illuminates the universal themes of identity and intimacy.

Nick Naveda's strong, smart script is based on the award-winning novel by Julia Walton. Adam is a perceptive and sympathetic character and director Thor Freudenthal brings us inside his perception of the world with striking visuals. We see what he sees, whether it is a horror-movie-style inky blob or the three people who seem to follow him around and tell him what to do all the time, a blissed-out hippie chick, a 1980s-teen-movie-style teenager urging Adam to get some, and an angry bruiser who acts as his bodyguard, whether it is necessary or not. When Adam is being interviewed by the nun who heads up his new school (Beth Grant), we hear him give the calm, reassuring answers she wants to hear. Yes, he will get a near-A average and yes, he will take his medication. But we see what he sees: she is engulfed in flames. In one understated moment, Adam is riding on a bus and glimpses a homeless man who is mentally ill. We do not need Adam to tell us what he is thinking. By that time, we are as worried about his future as he is.

Adam's mother will not give up until he is better, and so he tries yet another new medication. And at first it works, "the closest I've felt to normal well, ever." All he needs from the new school is a place where no one knows his history and a diploma so he can realize his dream of attending cooking school. At first, he dismisses his love for cooking, telling us it's a distraction or self-medicating. But ultimately he acknowledges that in the kitchen "Everything disappears and I get to be exactly who I want to be."

That honesty may be coming from maturity or from the clarifying effect of the medication. More likely, it is because there is someone more important than those of us in the impersonal audience he wants to be honest with. The incandescent Taylor Russell plays Maya, the acknowledged-by-all smartest and coolest girl in school. She likes Adam and has her own secret, which will be no surprise to anyone who has ever seen a movie. But it gives us a chance to see their shared vulnerability and the struggle between being safe and being known.

Freudenthal has a genuine gift for working with children and teens, as he has shown in the first "Diary of a Wimpy Kid," "Percy Jackson: Sea of Monsters," and various Arrowverse episodes. Plummer and Russell have genuine chemistry and, as they showed in "Lean on Pete" and "Waves" respectively, a refreshing, low-key naturalism. All members of the exceptionally talented cast give their considerable best, including Molly Parker as Adam's mother and Walton Goggins as her boyfriend. A revelation about his character near the end of the film is as meaningful as the development of the romance between Maya and Adam. Andy Garcia is superb as a warm, empathetic priest and Grant gives some depth to a role that could have been a cliche.

"No one wants to grant our wishes," Adam says. Kids with cancer are easier to sympathize with than kids with mental illness. Roger Ebert called movies "empathy machines" because they can deliver a powerful message that people are not defined by their limits or their struggles. People with mental illness want to be known and loved, and this film honors Adam with both. 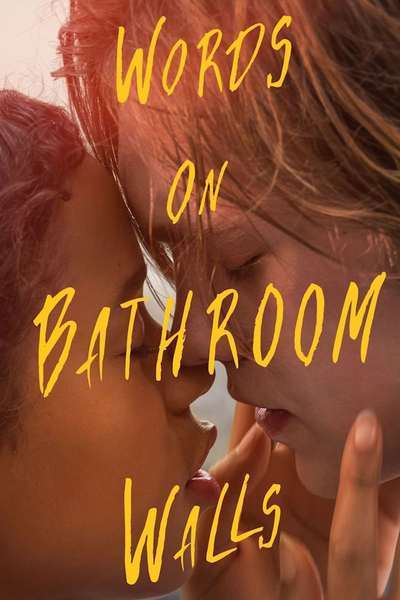