Historical themes of the British kind have been invading popular culture of late. In addition to “The Crown” on TV, “Dunkirk,” “Their Finest” and “Churchill” have found their way onto movie screens. Upcoming is “Victoria & Abdul” and another go at Winston Churchill in “Darkest Hour.”

Minds brighter than mine might be able to discern a common thread beyond depictions of royalty and wars of yore. This eruption of Anglophilia might be the result of a counter-reaction to the United Kingdom’s vote to break from the European Union. Or maybe it’s just a nostalgic reminder of what mature, reasonable and responsible leaders look like during a crisis.

Marching into theaters while marking the 70th anniversary of India’s liberation from British rule is “Viceroy’s House,” directed and co-written by Gurinder Chadha. You might recall that she first earned acclaim for her 2002 arthouse hit “Bend It Like Beckham,” about a Punjabi Sikh teen in London who defies her parents by joining an all-girl soccer team. She also did 2004’s “Bride & Prejudice,” a charming Bollywood musical take on Jane Austen.

Chadha widens her vision with “Viceroy’s House,” an ambitious, David-Lean-influenced costume drama that attempts to humanize the agonizing division of the South Asian country into two nations based on religion—Hindus and Sikhs gathering in a reconfigured India while relocating Muslims to the newly born republic of Pakistan. My husband is the history buff in our family, so it didn’t surprise me that the details of this geographical split—known as partition—were not all that familiar to me. (It’s been a long while since I’ve seen “Gandhi” and none of this came up in “The Best Exotic Marigold Hotel” films.) Or that the massive two-way migration that it entailed was the biggest-ever such effort in history, leading to a refugee crisis beset by ingrained prejudice, murderous uprisings and death from disease as this large uprooted populace attempted to adjust to their new situations.

In light of recent discussions of “Detroit” and whether its white filmmakers were the best choice to tell the story of the 1967 racially-charged riots that were escalated by police violence, Chadha would seem to be uniquely qualified to depict this moment in in India’s past. The Kenyan-born daughter of a Sikh father, she considers India to be her homeland though she grew up in London. Her own relatives, including her grandmother—who, we learn during the end credits, would reunite with her husband in a refugee camp—were part of the 14 million who were displaced.

But, for whatever reason, Chadha chose not to rely on her family’s experiences except in the smallest of ways, without seizing opportunities to provide personal insight on such a large-scale event. Instead, she chose a more stilted “Upstairs, Downstairs” route, showing matters from two perspectives. There are Indian servants of all three faiths who work for Lord Mountbatten, the final viceroy of India (Hugh Bonneville, doing a chummier variation of his “Downton Abbey” patriarch), and his savvy wife, Lady Edwina (Gillian Anderson, she of the imperial cheekbones who clearly delights in calling her co-star “Dickie”). The patrician character strikes a high-minded liberal stance while happily mingling with the locals and casting influence on her husband’s decision-making process.

Then there is the usual closed-door meetings (but within earshot of the forever-eavesdropping workers) of political power brokers—in this case, Mountbatten’s chief of staff Lord Ismay (Michael Gambon), India’s eventual first prime minister Jawaharlal Nehru (Tanveer Ghani) and Muslim leader Muhammad Ali Jinnah (Denzil Smith, who makes a powerful impression). One unusual turn is that the unseen Churchill, who we are told once insultingly described Gandhi as “a half-naked fakir,” turns out to be a grand manipulator who put Britain’s best interests first and foremost.

Unfortunately, Chadha also has drummed up a rather dull Romeo and Juliet-style forbidden romance between Jeet, a Hindu valet (Manish Dayal of “The Hundred Foot Journey”), and Aalia, his Muslim childhood friend and a translator (Huma Qureshi). While both actors are quite attractive, whatever heat exists between them is strictly weather-related—especially since she is already promised to a Muslim soldier who is fighting overseas. Any real emotional warmth is supplied by Om Puri, the bear-like titan of Indian cinema who died in January, as Aalia’s freedom fighter father who lost his sight while in jail.

The settings shot on location in India are appropriately sumptuous, with various Indian sites filling in for the titular structure that boasted 340 rooms. The music by A.R. Rahman (“Slumdog Millionaire”) injects grandiose import into the proceedings. But some corners are cut too close. The harrowing journeys of the refugees are mostly discussed or documented by black-and-white newsreel footage rather than actually dramatized. As for the ending, which most closely resembles the experience of Chadha’s grandparents, it is clumsily staged and will leave most dry-eyed.

Ultimately, “Viceroy’s House” might be worth a visit just for certain tasty details, such as how Lady Edwina and her adult daughter greedily scarf down the chicken meant for the family dog without shame after having their palates dulled by wartime rationing. Meanwhile, Mountbatten is quite proud of how attaching suspenders to his pants before putting them has shaved minutes off his morning routine. Or when his wife takes him to task for always rushing matters, noting, “This is why you’re terrible at chess.” Chadha at least occasionally shows she knows sometimes it is the little things that can elevate an epic. 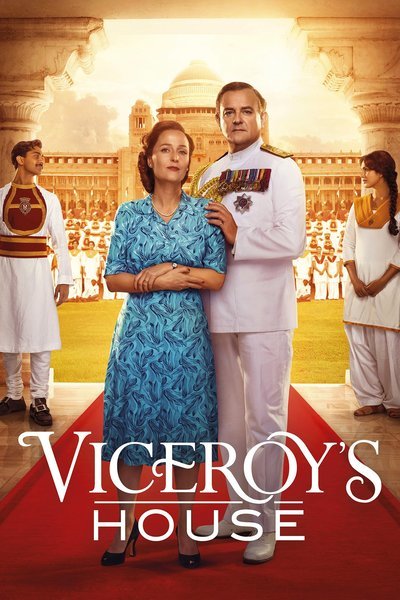