Early in Brad Bird's science fiction adventure "Tomorrowland," there's a flashback to one of the film's heroes visiting the 1964 World's Fair as a child and sampling Walt Disney's "It's a Small World" ride, with its invasively cheerful music and shimmying puppets; suddenly it whisks the park visitor, a boy who came there with a homemade jet pack hoping to win an inventor's contest, into a utopian future full of Art Deco skyscrapers and monorails, and watches him fall and rise through soupy clouds, courtesy of his flame-spitting invention.

Thus does an actual theme park ride become a high-tech cinematic version of a theme park ride. The first ride is gentle, nostalgic and charming. The second is dazzling and intense—a masterpiece of choreography, editing, design, sound effects and music, plus a bit of chill-inducing dream logic: at one point, the boy falls while his jet pack plummets a few meters to his left, and to reach it, he kicks his arms and legs like a swimmer chasing a life preserver. "Tomorrowland" has many uncanny dream-logic moments like that one. They make the film worth seeing, even though it's better as an experience than as a story or a message, yet wants to be all three at once.

There's a plot of sorts, something about a teenage girl (Britt Robertson's Casey) seeking out a greying scientist (George Clooney's Frank Walker) who knows how to access the aforementioned future, where brilliant scientists and other special individuals have created a pristine new world in advance of this one's death. The boy in the World's Fair sequence, young Frank Walker (Thomas Robinson), is befriended by a freckle-faced young English girl named Athena (Raffey Cassidy) who has a secret that I won't reveal here, except to say that it helps the others wriggle free of seemingly inescapable jams.

There are fuzzy or stilted warnings, courtesy of co-writers Bird and Damon Lindelof ("Star Trek Into Darkness"), about the plight of extraordinary individuals in an ordinary world, and the price we'll eventually pay for despoiling the environment and demonizing science. Bird has been criticized for infusing "The Incredibles" and "Ratatouille" with simplistic and sometimes elitist-sounding statements about the privileges that should accrue to gifted people. He'll get raked over the coals again here, thanks to the future's "Atlas Shrugged"-style origin story: the world's great scientific minds decided they'd had enough of ignorance and apathy and made their own world that's part Shangri-La and part Emerald City of Oz, but functionally Noah's Ark.

The plot has a raggedy quality, often leaning on a squad of "Matrix"-like, passing-for-human assassins and composer Michael Giacchino's "Behold the magic!" score to gin up tension. At its worst, it raises basic creative questions that are a far cry from its philosophical and moral concerns: Is the heroine special because she truly has special qualities, or because the "You are the chosen one" thing lets Bird barrel through two hours without having to give Casey any traits besides spunk? Is it a problem, story-wise and message-wise, that Frank's chief antagonist (Hugh Laurie) makes more sense than the heroes who oppose him? Maybe Bird and company would have been better off heeding Frank's advice to Casey: "Must I explain everything to you? Can't you just be impressed and move on?"

But if you treat "Tomorrowland" mainly as an immense cinematic theme park that unveils a new "ride" every few minutes—just as Bird's last feature, "Mission Impossible: Ghost Protocol" was mainly a series of action scenes—its weaker aspects won't be deal-breakers. In this sense, if in no other, Bird's latest owes more to "Metropolis," "Blade Runner," "Dark City," the first "Tron" and other works of top-shelf eye-candy than to most of the SF-and-fantasy-tinged franchise entries that modern studios churn out.

Bird conceives the entire picture as a series of clockwork suspense sequences involving laserguns, plasma bombs, hidden doors and gates and passageways and tunnels, vertigo-inducing climbs and falls, serpentine hover-trains, machines and structures that fold and unfold and split, and humans that might not be human. With the aid of a time-travel device that looks like a souvenir button, present-day panoramas vanish, disclosing landscapes in a "Jetsons" vein. There are jet packs, monorails, robots that clomp and clank, and zero-gravity swimming pools that are just puck-shaped masses of water hanging in midair. There are moments where people exist simultaneously in two time periods while walking, running, falling or driving, and a scene near the end that's so unabashedly sentimental, yet so emotionally complex and confounding, that I can honestly say I've never seen anything like it.

The film is a personal work of art that seems born of stubborn passion. It's definitely not an assembly-line product, despite the way that some sequences evoke (deliberately, would seem) actual assembly lines. If it's a bit irritating or dull at times, it's because it seems clear that Bird knows why he's showing us these things, and what he hoped to achieve by visualizing them in this manner, but he and his co-writers (including co-scenarist Jeff Jensen) can't find a graceful way to communicate it.

No matter. The "message" of "Metropolis"—a parable of labor and capital which concludes that society needs the heart to mediate between the head and the hands—was a mess, too. Today it seems at once reductive and overreaching, basically Marxism Lite. But if you had to make a list of reasons why that film is still remembered, discussed, and raided for inspiration by films like Bird's, "message" wouldn't be on it. "Metropolis" is remembered because watching it is as close as many of us will get to being able to have another person's dream. 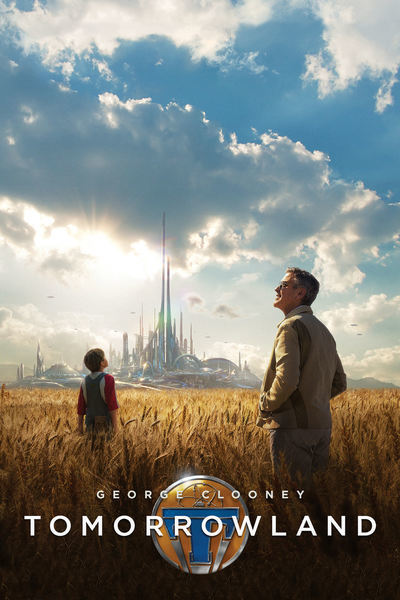