The interior of a computer is a fine and private place, but none, I fear, do there embrace, except in "Tron," a dazzling movie from Walt Disney in which computers have been used to make themselves romantic and glamorous. Here's a technological sound-and-light show that is sensational and brainy, stylish, and fun.

The movie addresses itself without apology to the computer generation, embracing the imagery of those arcade video games that parents fear are rotting the minds of their children. If you've never played Pac-Man or Space Invaders or the Tron game itself, you probably are not quite ready to see this movie, which begins with an evil bureaucrat stealing computer programs to make himself look good, and then enters the very mind of a computer itself to engage the villain, the hero, and several highly programmable bystanders in a war of the wills that is governed by the rules of both video games and computer programs.

The villain is a man named Dillinger (David Warner). The hero is a bright kid named Flynn (Jeff Bridges) who created the original programs for five great new video games, including the wonderfully named "Space Paranoid." Dillinger stole Flynn's plans and covered his tracks in the computer. Flynn believes that if he can track down the original program, he can prove Dillinger is a thief. To prevent that, Dillinger uses the very latest computer technology to break Flynn down into a matrix of logical points and insert him into the computer, and at that point "Tron" leaves any narrative or visual universe we have ever seen before in a movie and charts its own rather wonderful path.

In an age of amazing special effects, "Tron" is a state-of-the-art movie. It generates not just one imaginary computer universe, but a multitude of them. Using computers as their tools, the Disney filmmakers literally have been able to imagine any fictional landscape, and then have it, through an animated computer program. And they integrate their human actors and the wholly imaginary worlds of Tron so cleverly that I never, ever, got the sensation that I was watching some actor standing in front of, or in the middle of, special effects. The characters inhabit this world.

And what a world it is! Video gamesmen race each other at blinding speed, hurtling up and down computer grids while the movie shakes with the overkill of Dolby stereo (justified, for once). The characters sneak around the computer's logic guardian terminals, clamber up the sides of memory displays, talk their way past the guardians of forbidden programs, hitch a ride on a power beam, and succeed in entering the mind of the very Master Control Program itself, disabling it with an electronic Frisbee. This is all a whole lot of fun. "Tron" has been conceived and written with a knowledge of computers that it mercifully assumes the audience shares. That doesn't mean we do share it, but that we're bright enough to pick it up, and don't have to sit through long, boring explanations of it.

There is one additional observation I have to make about "Tron," and I don't really want it to sound like a criticism: This is an almost wholly technological movie. Although it's populated by actors who are engaging (Bridges, Cindy Morgan) or sinister (Warner), it is not really a movie about human nature. Like "Star Wars" or "The Empire Strikes Back," but much more so, this movie is a machine to dazzle and delight us. It is not a human-interest adventure in any generally accepted way. That's all right, of course. It's brilliant at what it does, and in a technical way maybe it's breaking ground for a generation of movies in which computer-generated universes will be the background for mind-generated stories about emotion-generated personalities. All things are possible. 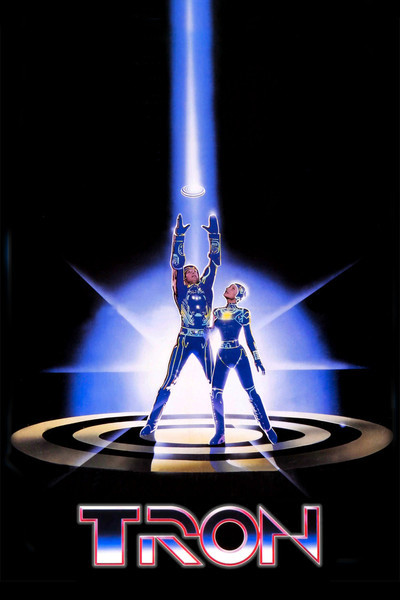