"Can you tell me where you came from?" another character asks Sam (James Freedson-Jackson), the young teenage hero of "The Strange Ones." "The woods," he replies.

Sam eventually elaborates on what he means, but those two words still echo in the mind when you think back over this frustratingly fractured but still-haunting drama from the filmmaking team of Christopher Radcliff and Lauren Wolkstein. This is a primordial story filled with dreamlike symbols from humanity's past—roads, forests, caves, clouds, the sun—and its characters move through it in the manner of a mid-century American short story, the kind where you're not sure how literally you're supposed to take anything. The story is told in a nonlinear, almost prismatic style, with shards of story replacing other shards, but the through-line is clear: somehow young Sam ended up in the passenger seat of a car driven by Nick (Alex Pettyfer), a rugged twentysomething with the demeanor of one of those people you read about in news stories, the kind that end with a quote from a neighbor saying, "He seemed like a quiet young man who kept to himself. I'm shocked by what happened."

It's clear from the start that this is an unnatural relationship, though we don't learn all the details until the end. Nick and Sam present themselves as brothers, and Sam unconvincingly tells everyone he meets that his name is Jeremiah, but their uneasy bond is apparent to everyone. The movie follows them as they drive across a gorgeous and eerily depopulated rural landscape, eating in restaurants and staying at a motel (run by Emily Althaus of "Orange is the New Black"). The co-directors and their cinematographer Todd Banhazl ("Between Us") shoot in a wide format that evokes sense memories of science fiction movies, action films and westerns. They often capture action from disorienting subjective angles, as in the shots of clouds scudding by as seen by the boy lying down in the backseat of Nick's car as he drives. And there are shocking flash-cuts of hideously beautiful or viscerally upsetting imagery—a house in flames, blood splattering a character's face—and touches that seem not-quite-surreal, and that are all the more unsettling for remaining unexplained, such as the periodic reappearance of a black cat who might be the boy's familiar.

I realize I'm being as coy and withholding in describing the story as the filmmakers are in telling it. But I don't want to get more specific here, because this is one of those take-it-or-leave it movies where you either surrender completely to the mood and style of the filmmaking or start questioning what it's leaving out, covering up, or glossing over. I was simultaneously underwhelmed and overwhelmed by the experience of watching it. "The Strange Ones" is an assured movie that makes a number of big, bold choices with confidence (such as the card-shuffling editing, also by the directors, and the decision to break the story into neatly delineated halves that could be titled "The Incident" and "The Aftermath"). And throughout, there are little stylistic touches, like the very slow zooms into landscapes and faces and the rigidly centered compositions, that impart a horror-movie-like feeling.

The problem is that the movie telegraphs the gist of what it's about to reveal pretty early on, and by the time it finally confirms your suspicions (less than 90 minutes later—this is a lean film) you might look back and wish they'd spent less energy on perfecting their ambitious and nimble yet relaxed and somewhat open-ended storytelling, and more on exploring the nooks and crannies of the two main characters' psyches—because in the end, despite disturbing and sometimes heartbreaking performances by both lead actors, Sam and Nick seem more like concepts or vehicles than actual people. The story is assembled like a jigsaw puzzle that one can "solve," immediately or gradually, but the characters are characters, human beings, and they suffer a bit from being treated as puzzles as well—their specific desires and traumas withheld from us in order to generate suspense or surprise.

The film is worth seeing because, regardless of things that I wish had been done better or differently, it feels like the beginning of a major filmmaking career, and because Pettyfer and Freedson-Jackson are so strong. The latter gives one of the great juvenile performances of recent years. He's so unsettling, and does such an intelligent job of capturing the dislocated feeling of a child suffering traumas that few adults could endure, that the image of his face lost in miserable thought becomes nearly as horrifying as the specific acts of violence in the movie. The acting in the supporting roles is less spectacular (because what the film needs from them is a lot more modest) but ultimately more affecting, in particular Althaus as the motel manager and Gene Jones ("No Country for Old Men") as a senior who runs a work camp for delinquent boys. Jones and Freedson-Jackson have such a warm and mutually respectful rapport that I wouldn't mind seeing a whole film built around the two of them. 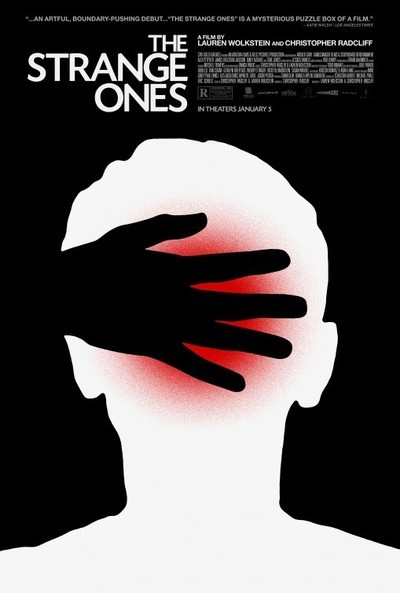