With his profound, Oscar-winning 2015 drama “Room,” Lenny Abrahamson illustrated the horrors of domestic claustrophobia through an unflashy yet unwavering handle on restrictive spaces. With “The Little Stranger,” his elegant, cold-to-the-touch blend of drama and gothic horror, the filmmaker proves his specific artistry around confinement was no coincidence. In this slow-burn psychodrama of visceral majesty—craftily adapted from Sarah Waters’ novel by Lucinda Coxon—he brings to life a stately mansion frozen in time, unearthing its bygone beauty and ghastly appeal beneath its frigid, decaying surface. Along the way, as he also did in “Room,” Abrahamson allows the airless interiors to inform an ensemble of characters, all suffocated by layers of trauma in their respective predicaments.

The manor in question is the once-glorious Hundreds Hall, where Dr. Faraday (Domhnall Gleeson, alarmingly icy with a steady expression) has countless memories, having been raised by a mother working there as a maid nearly three decades ago. On a random day in the scorching summer of 1948, he unexpectedly gets summoned to the storied English countryside home—not to attend the kind of party the venerable Ayres family used to throw once upon a time, but to tend to the ill housemaid Betty (Liv Hill). The sad, crumbling state of the post-war Hundreds Hall isn’t the only unpleasant surprise that awaits Faraday. He quickly learns that Betty has faked her sickness to get sent home urgently. Something frightens her, Faraday discovers. An unexplained evil presence runs through the veins of Hundreds Hall, aiming to rid it of its few remaining inhabitants: the young heir/disfigured WWII veteran Roderick (Will Poulter), the frustrated loner Caroline (Ruth Wilson, intensely acidic and vulnerable) and the calculating matriarch Mrs. Ayres (Charlotte Rampling, underutilized).

Slowly, the lives of the Ayres family begin to interweave with Faraday’s. The doctor’s frequent visits to the mansion, from which he once secretly plucked away an ornate piece of molding (that perhaps metaphorically started its downfall), leads to his romantic involvement with Caroline—frumpily dressed out of nonchalance (through brilliant costuming choices by Steven Noble) and ever-irritated with her dead-end life prospects. The closer Faraday gets to the ill-fated Ayreses, the severer their troubles seem to become. The family’s beloved dog Gyp mauls the young daughter of a guest one evening and seals his unfortunate fate (a special warning for dog people—be prepared.) The restless Rod, now living out of the ground floor library and threatening to sell the mansion, grows increasingly distraught by a curious burning smell with no source. Service bells incessantly ring for no reason and strange sounds continue to disturb the peace of the household. Could it be Caroline’s long-deceased sister Susan causing all the paranormal activity? Savagely haphazard engravings of the letter “S” the inhabitants discover around the house certainly suggest as much.

Though Coxon’s script (admittedly, faultily) postpones the tale’s meaty segments, it cleverly navigates the flashback-heavy source material in a mostly screen-friendly manner, juxtaposing the dispassionate affair of Caroline and Faraday against the post-war realities of a splintered Britain. But throughout “The Little Stranger,” the social divide between the upward working class and the vanishing aristocrats receives a thoughtful portrayal. There's even ample blood and a handsomely puzzling twist to round off the gothic story; one that will bury many in deep thought long after the credits roll. Equally lingering will be Gleeson’s portrayal of Dr. Faraday, a poker-faced man of destructive obsession and leachy persistence. Easily among the actor’s best work, Gleeson’s brilliantly haunting performance gets under your skin.

The film’s genuine frights take their time to arrive, but a consistently ominous mood, present in dusty, mahogany-heavy rooms and shadowy hallways, proves worthier than the petty jump scares “The Little Stranger” sidesteps for the most part. This might initially frustrate viewers who may have gravitated towards Hundreds Hall for chills akin to Peter Medak’s “The Changeling” or Stanley Kubrick’s “The Shining.” But those who submit themselves to the film’s unhurried pace and distancing coldness (aided by a splendid, ghostly production design by Simon Elliott) will be treated to a sophisticated yarn, closer to Robert Altman's “Gosford Park” in its mysterious thrills and social class themes than to any customary haunted house flick. 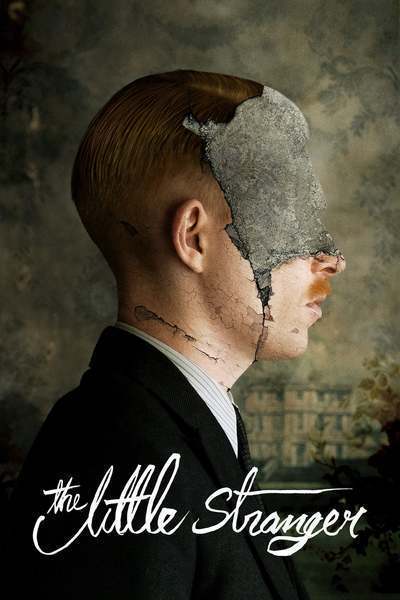 Will Poulter as Roderick Ayres

Alison Pargeter as The Maid