“The Intruder” is yet another throwback to home invasion thrillers like “Pacific Heights” and the more recent “Breaking In.” At a scant 84 minutes, you’d think it would move fast enough to make you forget its massive lapses in logic in favor of chills and thrills. Alas, that’s not the case here. Like director Deon Taylor’s abysmal last film, “Traffik,” it takes forever to get to what would be considered “the good parts” in a better movie. It is also completely devoid of suspense despite numerous jump scares. Worst of all, its heroine not only does mind-numbingly stupid things, this film is so retro that it requires that she get rescued by her husband.

That husband is Scott Russell (Michael Ealy), a successful San Francisco marketing guru so madly in love with his wife Annie (Meagan Good) that he’s willing to buy a $3 million house in Napa Valley that he doesn’t really want to live in just to please her. “When Mama’s not happy, nobody’s happy,” says Charlie Peck (Dennis Quaid), the widowed homeowner selling Annie’s dream mansion. His Meet Cute with the Russells entails him suddenly jumping out of the woods with a rifle and shooting a deer to smithereens right in front of his potential buyers. He doesn’t just shoot the deer, he runs up on its wounded body and brutally plugs it in the head at point blank range.

Let’s stop right here for a second. We the audience know that Charlie is nothing but trouble—he’s got the title role. And we know that it usually takes the protagonists a while to figure out that he’s the bad guy because nothing seems amiss. However, it’s immediately clear that something is amiss where Charlie is concerned, but Annie is so single-mindedly devoted to this house she doesn’t care. Now, I don’t care how bougie you are; if you’re looking at a house and some White dude jumped out of the woods with a rifle and shot Bambi 10 feet away from you, your Black ass is marching right back to Coldwell Banker for a new listing. The Russells buy the house anyway.

Charlie tells Anne that their new home is named after a flower called Foxglove. “Isn’t that poisonous?” Annie asks. “Very,” says Charlie in what seems like foreshadowing but is actually one of many extraneous bits of detail found in David Loughery’s derivative script. “The Intruder” is old hat for Loughery, coming after similar scripts for Beyonce’s “Obsessed” and Samuel L. Jackson’s “Lakeview Terrace.” Neither of those were particularly good movies, but they were at least a lot of fun to watch. This film’s fun level is more equivalent to Loughery’s script for “Star Trek V,” the least watchable entry in that franchise.

Scott remains wary of Charlie, but Annie is clueless for so much of the film you’ll want to scream. In fact, the woman sitting two seats away from me did exactly that during Annie’s dumbest scene, loudly describing her with some colorful expletives before walking out of the theater. Alas, I had to stay because I was as devoted to this review as Charlie was to Foxglove. He couldn’t leave his beloved home after selling it. In fact, he keeps showing up to do things like mow the lawn, spy on the new tenants and yell at Scott whenever he tries to make alterations to the house he now owns.

Despite all this, what does Annie do? She invites Charlie to Thanksgiving dinner where Scott’s best friend, Mike Renfro (Joseph Sikora) insults Charlie before putting his cigarette out on the lawn. The next day, Mike’s luxury car has a cigarette burn in the driver’s seat. Mike joins Scott on the “Charlie be cray” bandwagon but, as all best friends in these movies are wont to do, he will later make the mistake of checking in on Annie at a most inopportune moment.

Charlie becomes more unhinged and even starts showing up unannounced inside the house. When that happens, Scott demands that Annie stop interacting with him. So help me God, she keeps letting the man in her house voluntarily. This destroys all suspension of disbelief. Adding to that destruction is the filmmakers’ decision to cast the wrong Quaid brother. Dennis Quaid is a fine actor but he does not give good psychopath. Even in the extremely distasteful scenes of attempted rape he appears in, he’s just not convincing. During the film’s climactic showdown, the editing is so bad that it looks like it’s hiding the stuntmen rather than satiating the viewer’s bloodlust for Charlie’s comeuppance.

There is not a single unpredictable moment in “The Intruder,” which would be fine if it were competently made and cast. It is neither. Despite their R&B-scored sex scene, Ealy and Good have zero chemistry. They’re actually better in the scenes where they’re sniping at each other. And when they finally come together to save each other, you really do hope Annie will take the lead, especially after she is degraded by Taylor, who seems to have a penchant for filming scenes of sexual assault in his movies. Instead, the film ends with a sorry copout that uses the negation of Scott’s PTSD-driven fear of guns as heroism. Why couldn’t Annie be the one saving him?

Speaking of why’s, I wondered why I was allowed to witness ax murders, bloody beatings, gunshots and women in sexual peril, but I wasn’t allowed to hear the F-words in the rap song that closes “The Intruder.” The answer is that this film is rated PG-13 and had one use of the F-word already in its big “stand up and cheer” moment. Hearing a few F-words was apparently far worse to teenagers than seeing some guy take an ax to the chest like Scatman Crothers in “The Shining” or a half-naked woman hogtied against her will on a bed. Meditate on that hypocrisy instead of seeing this movie. 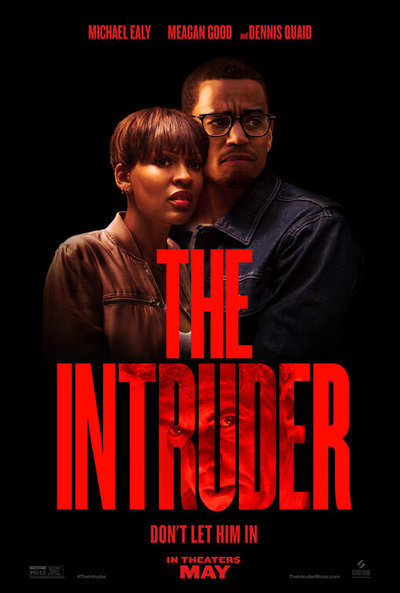