The Age of Adaline

"Gossip Girl" star Blake Lively plays the title character, a woman who meets and loses her husband during the construction of the Golden Gate bridge, then miraculously survives a car wreck and emerges as an ageless being whose looks are frozen at age 28. She can be killed, but she will never die of natural causes or succumb to the usual ravages of time, which gives her relationship with her daughter (played as an older woman by Ellen Burstyn) a fairy tale or horror movie aspect. (It's sort of a vampire film minus the bloodsucking.) Adaline spends the rest of her life running from entanglements of every kind. Whenever anyone gets hip to the fact that she never ages and wonders if there's something odd about that, she slips away in the night and starts over as someone else.

This sounds more compelling than it plays, at least at first. As written by J. Mills Goodloe and Salvador Paskowitz and directed by Lee Toland Krieger, "Adaline" starts off handsome but dramatically inert. The third-person storybook narration drifts in and out as needed. The imagery—though shot through with fairy tale special effects and meticulous re-creations of period cityscapes, cars and costumes—feels more literary than cinematic: a slide show illustrating a novel that never was. The casting of the leads doesn't add any spark. Lively is a poised restrained beauty, but the script treats her character as a figurine with no discernible interior life, and the actress does nothing to contradict that impression. She's not bad, not great, just competent, and present. (There are moments where the storybook narration evokes "Amelie" and "A Very Long Engagement," which likewise keep their heroines at arm's length, but Lively is no Audrey Tatou.)

Michiel Huisman fares no better as Ellis Jones, the first man to win Adaline's heart in decades. Although he displayed off-kilter charisma in HBO's "Treme" and "Game of Thrones," he's asked to play a conventional 2015 male ingenue here: a bland dreamboat with kind eyes, a well-trimmed beard and mustache, and rock-hard abs. Ellis wants them to spend the rest of their lives together, but Adaline (who now goes by Jenny) can't find the nerve to tell him why this can't happen. She's nice, he's nice, they can't be nice together. It's a sad predicament, but there's no tension in it.

Then Harrison Ford and Kathy Baker show up as Ellis' parents, William and Kathy Jones, who've been married for forty years. Suddenly "The Age of Adaline" locks into the right tone and rarely steps wrong. William is struck by Jenny's resemblance to his lost love, Adaline, with whom he had a brief but intense affair in the '60s. Adaline is as rattled by William as he is by her; then she recovers and says Adaline was her mother, and that she died long ago. Rather than defuse the situation, the lie sends William into a depressive spiral of drinking, agonized flashbacks, and awkward confessions that set his wife on edge. "You should see her face when you talk about her," she tells him. We have seen his face. It's devastating. Ford's voice—always deep, lowered an octave by age and one more by William's longing—is even more powerful. This is Ford's best performance since "The Fugitive," maybe since "Witness."

Sigmund Freud's "Mourning and Melancholia" might as well be the film's secret other screenplay. The configuration of characters and secrets in the Jones house strikes uncanny notes, plunging the movie into a tender fugue state. Suddenly a stable and mutually nourishing marriage is shaken by a husband's rekindled love affair with a woman who (in theory) no longer exists, and whose absence he'd accepted long ago. This is not a May-September romance. There are too many complications and mysteries and too much elapsed time for things to resolve that way. It's a tragedy of a love that can no longer be.

This twist triggers a flood of simple but big emotions, and "The Age of Adaline" wades into it with confidence, laying out all four major characters' predicaments with sympathy and intelligence, and never shying away from the sentimentality at the heart of every scene and line. Lively and Huisman spring to life; instead of writing them off as inoffensive eye candy, you start to appreciate them as actors, and see shadings in their characters that weren't apparent before. Krieger's direction sharpens up as well. The last half-hour of "The Age of Adaline" has a symphonic purity of feeling, piecing together simple closeups and elegantly choreographed wide shots so intuitively that the story seems to be telling itself. There are moments that may remind viewers of "Somewhere in Time," another doomed love story whose glaring faults receded once the film started plucking the audience's heartstrings like a virtuoso cellist. (Christopher Reeve! John Barry! That penny!)

The concluding moral diminishes what came before; it makes the film seem like a glorified self-help manifesto about the necessity of commitment when it's really a dream of love lost, found and redefined. Nevertheless: wow. I've never seen a less involving movie become compelling at the precise moment when you've resigned to write it off as merely okay. What happened? Maybe the lived-in authority of Ford and Baker served as an emotional tuning fork and helped the second half of the film find its pitch. Or maybe this is another case of a big-budget movie getting so wrapped up in creating pretty images that it failed to notice that its first half wasn't working. No matter: this is a powerful film, often in spite of itself. You want it to break your heart, and it does. 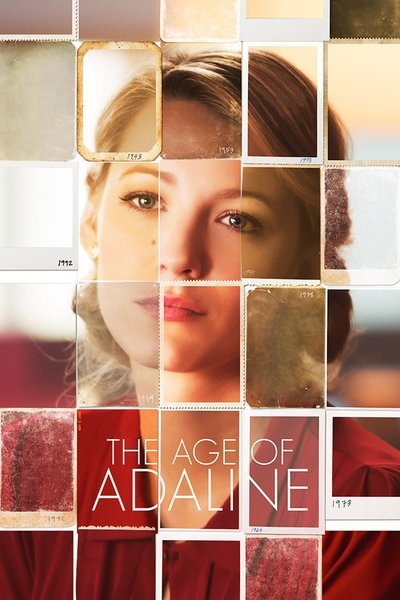