Thank You For Your Service

"Thank You For Your Service," about Iraq War veterans adapting to civilian life, is a film that teaches you how to watch it. Adapted and directed by Jason Hall ("American Sniper") from a same-titled nonfiction book by David Finkel, this a major studio movie from Universal Pictures. But it has been written, shot, edited and acted in such an intimate and unobtrusive way that the result feels like a throwback to an earlier era of American mainstream filmmaking, when it was still possible to base a handsomely produced feature film around observed behavior, and not feel obligated to safeguard against viewer boredom by shoehorning extra melodrama or contrived genre-movie elements into the mix. Its slightly raggedy rhythms are unusual for a film made on this scale. If the central question occupying your mind as you watch a movie is "Where are they going with this?", you might hate it. I'll admit that I kept my arms folded for the first 30 minutes. Then something clicked for me—I don't recall exactly what—and suddenly I was entranced by how different it felt from the usual, and engrossed by the characters and their problems.

The main story concerns a group of combat veterans and their partners, all of whom are connected to agonizing battlefield events that will be detailed in due course. There's Sergeant Adam Schumann (Miles Teller), a rock of decency whose willingness to shoulder other peoples' burdens ultimately starts to feel like a form of emotional retreat. There's Tausolo Aieti (Beulah Koale), an American Samoan who credits the military with saving his life, and Will Waller (Joe Cole), who returns home to find that his fiancee has left him and taken their daughter with her, and James Doster (Brad Beyer), who died in Iraq and is portrayed in flashbacks and through other people's anecdotes. As in "The Best Years of Our Lives," the lives of the soldiers' mates are central to the story: Saskia Schumann (Hayley Bennett) is as loyal to her husband as he is to his former platoon-mates, while the late James Doster's wife Amanda (Amy Schumer, in a rare and effective dramatic turn), stays connected to her friends while struggling to find out exactly what happened to her husband.

Every soldier is suffering from Post-Traumatic Stress Disorder of one kind or another. Their partners and children absorb their pain by osmosis when they aren't physically shielding themselves against it. Sometimes the PTSD manifests itself in sleeplessness, nightmares and sudden outbursts of resentment or violence. Other times it takes on a physical aspect—especially for Tausolo, who survived a bomb blast from an Improvised Explosive Device and now suffers memory dropouts that resemble early onset Alzheimers' disease. Even Adam, who presents himself as an avatar of Tom Hanks-like, even-tempered niceness, is a smiling thundercloud of mixed emotions and mostly unexpressed anxiety.

For the most part, though, the characters' PTSD isn't expressed in a cliched way. There's a bit of combat action at the beginning and end of the movie, and snippets of Iraq flashback strewn throughout, and there are a couple of moments where characters seem as if they're about become involved in violent crime, which is how a lot of these films about returning veterans have traditionally justified their commercial existence (the '70s and '80s were filled with movies about Vietnam veterans, many of them cynical pretexts for revenge-driven mayhem). But these are uncharacteristic interludes that total maybe five percent of the movie's running time. Hall and his collaborators treat them mainly as sources of information about the characters: what they've been through, what they're capable of, what their limits are. It's all a far cry from "American Sniper," an action film/black comedy that alternated brain-splattering urban shootouts with low-key moments of domestic strife. What's most important at any given moment here isn't what's happening at the level of plot, but how the characters feel about whatever they're going through, and how the trauma they've experienced affects their perceptions.

Much of the movie simply shows the characters talking to each other about the war and life after the war, and about their families and obligations and hopes for the future. Hall's script is filled with jocular, often casually profane dialogue that captures the way real men and women speak to each other during private moments. There are scenes that feel too loose or fragmented for their own good, and moments early on when the lead performances seem too casual; but as the tale unfolds we start to appreciate the actors' pretense of naturalism as well as the director's refusal to frame any shots in conventionally polished ways (the compositions are intelligent and occasionally expressive, but very rarely pretty). At its best, the movie evokes fond memories of four of the best scripted features about U.S. veterans made within the mainstream system, "The Best Years of Our Lives," "The Deer Hunter," "Coming Home" and "Born on the Fourth of July."

Teller's performance as Schumann is easily his best work since "The Spectacular Now," and nearly everyone else in the cast matches or exceeds him in intelligence and judgment. But the breakout star here is Koale, a New Zealand-born actor of Samoan descent who has never had a lead role in a major film before. His disarmingly understated performance is so bereft of the usual actorly tricks that there are times when the film's dramatic architecture seems to vanish, leaving you feeling as if you're watching a fly-on-the-wall documentary about a young man who just got back from war. He's extraordinary.

"Thank You For Your Service" is also, in its way, a political film, though not in a tedious left wing/right wing sense. The causes of the Iraq War and its ultimate historical significance are not Hall's concern, but at the same time, the film avoids lapsing into the cliche of "The only thing that matters in war is the soldier next to you," perhaps recognizing it as a means of avoiding political reality. In its own quiet, even sneaky way, however, this is an angry film. It directs its anger at a country which, ever since the military and humanitarian disaster of Vietnam and the end of the active draft, has subcontracted war to lower middle class and poor people (and mercenaries), then allowed politicians to keep them mostly out of sight and mind after they've endured and committed unimaginable violence. Veterans are treated as human props in this country, posed in front of flags and trotted out at sporting events and momentarily flattered by politicians of both parties, even as legislators and presidents neglect their care or gut their benefits, and large sections of the public forget they even exist. The phrase that serves as the film's title is often the only gesture of gratitude that veterans receive from people who don't know them personally. There's no meaningful support network for people like Adam and Tausolo. They walk through the film's alternately crowded and desolate panoramas like invisible men, ghosts among the living.

The most painful scenes in the film show Adam, Tausolo and their colleagues running a gauntlet of bureaucracy trying to get treatment for mental or physical problems. There are no "bad guys" in any of these scenes, no snide or hateful rotten apples standing in larger, faceless institutions. The people who work for the Veterans Administration are well aware of how little power they have to improve veterans' lives, and there are times when they seem apologetic and frustrated that they can't do more. When Adam and Tausolo drink in bars or sit in crowded waiting rooms outside government offices waiting for their numbers to be called, the movie keeps cutting to shots of  veterans whose bodies have been devastated by combat: a man with a prosthetic leg, a man emptying a catheter bag, a one-armed soldier in uniform momentarily putting down his beer so that he can shake another man's hand. The tone of these scenes is not cynical, merely exhausted, and somehow this makes them even more devastating. If "nobody" is at fault, it means that we all are. 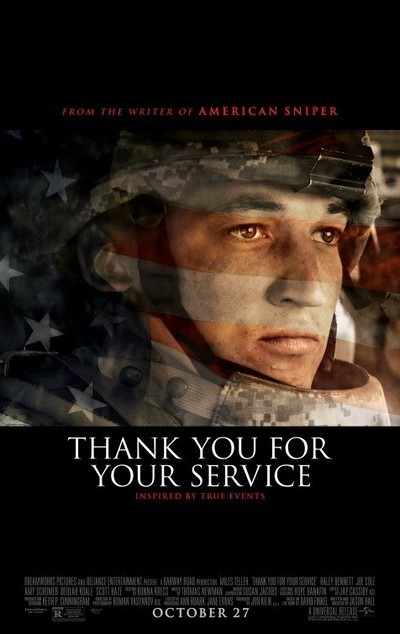 Joe Cole as Will Waller