When writer/director Sian Heder introduced “Tallulah” at this year’s past Sundance Film Festival, it was revealed that she was around six months pregnant during production. She also shared that when she received the call about the festival accepting her film, her sentiment was more or less “Cool … I have a baby on my boob.” Heder’s movie, playing in select theaters and available on Netflix, is unabashedly about this very physical and emotional commitment to the life-changing event of motherhood, conveyed with an albeit drawn-out story. In its greatest achievement, Heder's writing and directing of “Tallulah” articulates—or feels like it does, to my humbled, male eyes—the intangible sacrifice and stresses of motherhood.

Heder’s script is narratively ambitious with this mission, centered on a stolen baby and three moms who are bad in ways different to this week’s mainstream comedy release “Bad Moms.” Ellen Page plays Tallulah (shortened to “Lu”), a gutter punk living on the road with her boyfriend Nico (Evan Jonigkeit), sharing a lack of personal responsibility and connection to the world outside of their van. When he ditches her after deciding that he doesn’t want to slum it anymore, Lu heads to New York City to scrounge for food, and get money from Nico’s estranged mother Margo (Allison Janney, in a career-best role). Margo too is isolated from the world, living alone with a pet turtle in an apartment owned by the husband she’s separated from, but unwilling to officially divorce.

While stealing room service leftovers from outside hotel rooms, Tallulah is recruited by a disaster of a housewife named Carolyn (Tammy Blanchard) to watch her baby while she goes out to desperately impress a man. In a fantastic introductory scene, Blanchard broadcasts the dangerous nature of a mother who has lost focus of everything outside of herself. She whips up a tornado of stress in just one interaction with Lu, ping-ponging between prepping her body while not caring whether her naked baby makes a mess on the carpet. When Carolyn passes out later in the evening, Tallulah takes the baby to her van for a safe sleep; when the police are in the hotel lobby the next morning, Lu heads over to Margo’s place, and claims that the baby belongs to her and Nico. Margo reluctantly hosts Lu and her "new" granddaughter, but begins to relate to Tallulah in ways surprising to both women.

As Heder is most of all interested in making time for Lu and Margo’s growing bond, her script has a couple of cringing contrivances to keep the police at bay, like Margo not seeing Lu’s face on the news; even a stolen baby functions more like a narrative device. “Tallulah” becomes unexpectedly conversational, touching upon the type of privilege it is to have and care for someone, through two people who have no immediate answers. The dialogue can spell some of her ideas out pretty clearly, (like when Lu says, “I think it’s better to not be needed”), but that's a minor complaint—not enough films have so directly engaged motherhood as a philosophy and not just a character trait.

It helps, too, that the performances are so good; the way that Page’s emotional shifts from loner to mother and back again make her actions unpredictable but believable, or how Janney brings in a wise, dark comedy to someone who has a sturdy wall of defense, which crashes down during an unexpected moment with her turtle. Similar casting to “Juno” be damned, Heder’s script boasts a fullness, and bringing Janney & Page back together becomes a nice gift, as their chemistry proves to be bigger than the 2007 film.

“Tallulah” is an impressive debut from Heder, who also works as a writer on Netlfix’s “Orange Is the New Black” (Uzo Aduba, who plays Crazy Eyes on the series, has a part as a child services agent with a lot of perspective). She’s a storyteller who truly loves her characters, to the point that she’ll jeopardize pacing with daydreams and extra moments, stretching a tight pitch about a missing baby from 90 minutes into two hours. But her vivid magic is in the organic fictional beings. They have a lot to say, and are well worth listening to. 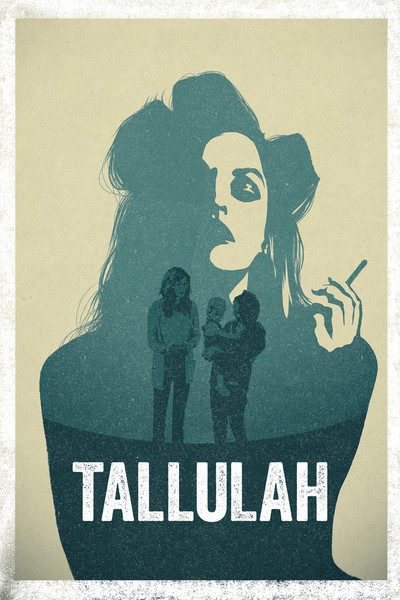