"Sunset Song," about a rural Scottish girl growing to womanhood in the years before World War I, is one of the great director Terence Davies' best films: an example of old school and new school mentalities coming together to create a challenging and unique experience. The movie feels as if it could have been made in the 1940s, were there no such thing as censorship. There's frank sex and violence, and the movie doesn't shy away from the nastier aspects of life in that time and place. But there's never a feeling that Davies is rubbing our noses in suffering, because the film displays so much empathy for its characters and such awareness of the social, political and historical forces that hover beyond the edges of their consciousness.

What to tell you about the plot? I don't want to tell you anything, not because the events themselves are surprising (they aren't—and Davies often purposefully telegraphs what's coming, as a 19th century novelist might) but because the pleasure and pain of the tale lies in the telling. As the observant, reactive Chris, Agyness Deyn makes a marvelous audience surrogate. Her narration suggests that she one day escaped the grinding life depicted here and became the writer and teacher you always figure she could become. But there's no undue self-awareness or condescension in Deyn's acting, or in Davies' presentation of her character, and the supporting cast contains not a single bad performance or false note. Among the standouts are Ewan Tavendale as Deyn's suitor and later husband, Kevin Guthrie, who is clearly too kind to emerge from this maelstrom of misfortune unscathed; and Peter Mullan, the poster boy for toxic manhood, as Deyn's father, a scowling King of the Castle-type whose power resides in his propensity for violence and his society's sanctioning of it, not in moral authority. (In its deft illustration of how macho values oppress men as well as women, "Sunset Song" is one of the most eloquent feminist statements of the screen year; that its statements mostly emerge organically from Davies' portrait of a time and place make them resonate more strongly.)

"Sunset Song" has gotten mixed reviews, and I can see why. Adapted by Davies from Lewis Grassic Gibbon’s novel, a national touchstone written in Scottish dialect, it's already a tough sell because it deals with a historical period that has passed from living memory, and features actors who aren't household names. But rather than invite viewers into this film's world by going warm and cuddly and reassuring them that people back then were Just Like Us, Davies constantly underlines how different things were, and how hard life could be if you were a poor Scottish farmer living in a glen; harder still if you were a sensitive or, God forbid, pacifist man—or any sort of woman. Childbirth often ended in death. Battery and rape were considered unfortunate but standard aspects of married life. Sudden changes in political fortunes could send a generation of men off to suffer and die in war to prove their patriotism and machismo; anybody who objected was demonized or worse. There are moments when the film veers into what feels like polemic—you'll know them when they come—but not too many. Davies is committed to the here and now—to the present-tense triumphs and struggles of the characters.

But the filmmaker doesn't revel in misery and ugliness; it's not his way. Instead, Davies, his cinematographer Michael McDonough, art directors Mags Horspool, Ken Turner and Diana van de Vossenberg, and costume designer Uli Simon have made a movie that's beautiful rather than superficially pretty—a film that has soul, and that is more concerned with the emotional meaning of shocking events than the precise physical details. When a teenaged son is whipped with a belt for disobeying his father, the boy faces us, and we see the blows but not the impact of the belt on flesh. Both rough off-screen sex and childbirth are conveyed entirely through sound: we hear moans and screams upstairs, but the movie shows the reactions of characters who are sitting downstairs. A sexual assault begins with a struggle that grows more frenzied and desperate until the camera finally lowers itself slowly on the other side of the bed, creating a wipe effect that blacks out the screen; it's as if the film is covering our eyes for us.

Davies, a nostalgia buff steeped in the traditions of old Hollywood movies, weds John Ford dramas about poor families (in particular "How Green Was My Valley" and "The Grapes of Wrath") and the lush widescreen epics of director David Lean ("Lawrence of Arabia," "Ryan's Daughter"), weaving period folk songs (some performed live, others recorded) into the soundtrack and shooting the Scottish landscapes on 65mm film, the format used for so-called "road show" pictures in the 1960s. At the same time, he retains a modernist sensibility, lingering on empty rooms after all the people have left them (a technique he's deployed in other movies, notably "Distant Voices, Still Lives"), never shying away from the story's harsher aspects, and shooting the film's interiors on high definition digital video, which captures such fine gradations of shadow that you can make out the textures of characters' skin, hair and clothing even when they're lit by candles alone.

Davies and cinematographer McDonough capture the splendor of late-night dinners and wedding receptions, sunlight and moonlight streaming through windows and the way a field trembles as a breeze strokes the grass. The wind, the birds, the bleating livestock and whirring insects provide another sort of music on the soundtrack. The dialogue and voice-over make a point of reminding us of these squabbling humans' smallness in relation to the land on which they work, love, reproduce, age and die. The film has an awareness of the eternal that's rare in Western cinema. People come and go but the land remains. The ethereal nature of human relationships (and humans, period) gives the entire movie a stoic quality: we do the best with what we have, and try to be thankful to be alive, and take pleasure in moments that begin to fade the second we realize that we're in them. As the film's heroine puts it, "There are lovely things in this world—lovely that do not endure, and the lovelier for that." 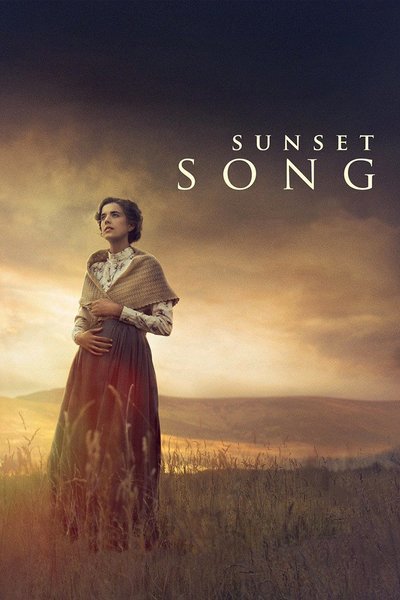 Rated R for sexuality, nudity and some violence.

Jack Greenless as Will Guthrie