Zak Hilditch’s “Rattlesnake,” the last in a weekly run of Netflix Original Horror movies for the season in which things go bump in the night, wastes the kind of premise that could have really worked on a show like “The Twilight Zone” or “Tales From the Crypt,” along with a game performance from the always-good Carmen Ejogo (“Selma”). The concept and leading turn are almost enough to save it, especially if you watch it out of the corner of your eye or while playing a game on your phone as so many people do with all things Netflix, but when you really look at “Rattlesnake,” it falls apart. Its biggest issue is the pacing, as Hilditch, who also helmed the solid “1922,” can’t find the tension to keep his story moving. He also misses an opportunity to really unpack any of the concept's interesting themes about responsibility and the thin line between life and death. Ultimately, it’s the kind of movie you forget just as you’re clicking on to whatever the Netflix Overlords think you should be watching next.

Katrina (Carmen Ejogo) is driving from Arizona to Oklahoma, which means a long stretch across some of the more barren stretches of Texas. It’s in one of these stretches, after trying to take a different path to avoid an accident, that Katrina blows a tire. As she’s changing it on a road so barren that it doesn’t have cell service, her daughter Clara (Apollonia Pratt) wanders nearby before being suddenly bitten by a rattlesnake. Katrina has no time to change the tire and no service, so she rushes Clara to a nearby trailer, where a mysterious woman seems to save the little girl’s life. The doctors at the hospital in nearby Tulia have no explanation and can find no proof the girl was bitten by a snake. They start to question Katrina’s sanity (and there’s a much stronger version of “Rattlesnake” that leans into the question of whether or not this struggling single mother might be going crazy but that’s not this movie.)

At the hospital, a mysterious figure comes to Katrina to talk about her debt, and he doesn’t mean medical bills. He tells that the scales are no longer balanced. Because Clara’s life was spared, another soul must be taken. Katrina has to kill someone by sundown, or Clara will be reclaimed. Naturally, Katrina struggles with who to kill, first eying an old man at a hospital who will likely die soon anyway, and then finding a better target.

Throughout her ordeal, Katrina is visited by seemingly normal-looking people who are actually messengers of the pact. Like the force in “It Follows,” they seem to just appear to remind Katrina that she’s running out of time and then do weird things like bash their head into a window or burst into flames. The idea that Katrina would be haunted by entities only she can see after her daughter came so close to death is a thematically rich one. Literature and film are filled with stories of people who experience supernatural occurrences when under extreme stress or when that line between this world and the next feels crossed. But none of this is rendered in an interesting way visually. “Rattlesnake” is a movie without a personality, wasting its few strong images and composed visually in a flat, TV-movie manner. You can’t make a movie about a single mother who has to kill to make the afterlife happy and film it with no style.

All that saves from “Rattlesnake” from complete, dull disaster (but just barely) is the committed work from Ejogo. As she has done so many times before in everything from “Selma” to “True Detective,” she finds a way to anchor her character with something believable. But the final act betrays her, especially when Hilditch’s script veers into a really misguided and arguably tasteless section when Katrina starts wondering if the life she should take is her own. At that point, even though I had been bored for most of the movie, I still thought “Rattlesnake” could come together in a way that salvaged what had been lost along the way. It most certainly does not, ending in a way that’s both depressingly predictable and kind of a cop-out in terms of character and storytelling. Come to think of it, this probably couldn’t have been an episode of “The Twilight Zone.” Those always had killer endings. 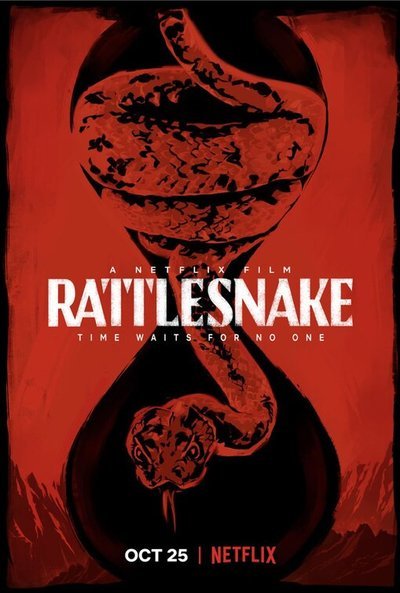