That glistening orange dessert under the opening credits looks like the peachiest peach cobbler in the world, especially when it's overlaid with vibrant boysenberry-creme lettering. It makes your eyes and your mouth water.

Wong Kar-Wai's "My Blueberry Nights" isn't the first movie to use food, or even dessert, as a romantic metaphor, but this one is unquestionably the creation of a filmmaker with the sensibility of a woozy, love-stricken pastry chef. It's a store-bought bakery-window display cake, infused with flavor essences and color-enhancers. (Is there a cinematic MSG that intensifies the sweetness of eye candy?) Blueberry Nights. Pomegranate Afternoons. Watermelon Dusks. Tangerine-and-Lavender Mornings with a Lemon Splash. Yum.

You taste "My Blueberry Nights" with your retinas. Lick up that luminous string of tart lime windows in the elevated train sliding through midnight-indigo New York. Savor the cranberry mist suffusing the atmosphere in the Memphis bar where they play Otis Redding. There are less appetizing things to look at for 90 minutes than this pretty pie-cart of a movie. Instead of chocolate-dipped strawberries, dollops of whipped cream or frosting rosebuds, its glazed slices are garnished with the faces of Norah Jones, Jude Law, Natalie Portman, Rachel Weisz and David Strathairn.

How much further can this dessert metaphor be pushed? All the way to the end of the movie, it turns out. That's what you pay for, and that's what you get from Wong: luscious, colorful treats that are gorgeous to behold and easy to swallow. "My Blueberry Nights," his English-language debut, is his fluffiest confection. Even the shattered window glass from a romantic-tragedy car wreck sparkles in the street lamps like rock candy crystals.

It begins with ... dessert. Jeremy (Law) is the most caring nurturer ever to run a homey cafe in New York. His broken-hearted patrons entrust him with their keys, mawkish symbols of lost love which he collects in a fishbowl should the owners or their ex-lovers ever decide to "reopen that door." He hangs onto their memories, and the key chains associated with them. Elizabeth (Jones, the jazz-pop star, in her film debut) has just broken up with her guy, but can't quite let him go, even though he has been caught having a pork-chop dinner with another woman at this same cafe. So she contributes her keys to the jar for sentimental safekeeping.

That's how she learns about the blueberry pie. It seems that, every night, people eat most or all of the other sugary delicacies, but nobody ever orders the blueberry. This is as inexplicable as Jeremy's motivation for continuing to offer it. Elizabeth begins to stop by late at night, after closing, to gorge on the blueberry pie, even though each slice must contain at least 2,046 calories. Like fallen angels, she and Jeremy talk about their lonely descent from cupid's paradise. For a while they are happy together, but she is not yet in the mood for love, so one night she vanishes.

Next thing she knows she's bartending in a Memphis joint with tasty slabs of Stax-Volt wax on the jukebox. One of the regulars is Arnie (Strathairn), who's run up a big tab, drinking himself into a stupor while stewing over his unfaithful wife (Weitz). During the day, Lizzy (Elizabeth's Memphis name) works in a diner across the street and writes postcards to Jeremy.

Next, she's Beth, a waitress in a casino a few hundred miles outside Las Vegas. There she meets Leslie (Portman) a wise-cracking gambler with daddy issues. Will Beth ever become Elizabeth again, and return to New York, wiser but not perceptibly older?

It would be easy to say that Wong's lustrous love stories are about nothing so much as sensuous textures and impeccable surfaces, and the play of light across them. It would also be accurate. Some are mesmerizing, some are bittersweet, some are trifles, and this is one of the latter. But they look delicious. 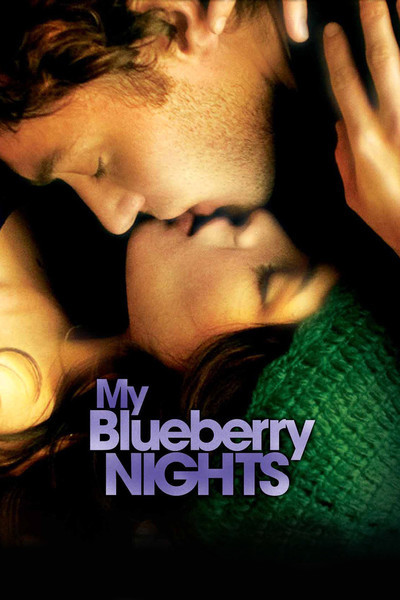