A performer of rare emotional forte, Chloë Grace Moretz has a way of infusing her performances with a tangible sense of aplomb, entwined with something profoundly and untouchably vulnerable. It’s perhaps that expressive agility of hers that makes her a perfect match for genre film, whether she plays the blood-soaked Carrie or the nimble Hit-Girl. But considering her gifts and the length of her rich filmography as a young actress, one wonders why she isn’t a much bigger movie star.

Perhaps there is something to be said about the quality of the projects she attaches herself to. Because for every “Suspiria” or “The Miseducation of Cameron Post,” she seems to have a dreadful “Shadow in the Cloud” or a lackluster “Mother/Android” on her resume. The latter, by writer-director Mattson Tomlin, is an empty and dull post-apocalyptic sci-fi/thriller set sometime in the near future, with America overtaken by a deadly and violent uprising of artificial intelligence. And the best thing about this “A Quiet Place”-lite is Moretz’s fearless, full-fledged performance as the young and very pregnant Georgia who tries to save herself and her baby through a perilous journey alongside her boyfriend Sam (Algee Smith).

If only the movie could deserve her efforts. It starts promisingly enough at a Christmas party where Georgia and Sam are locked in a bathroom, staring at multiple positive pregnancy tests. In this version of the future we glimpse at, it seems no big deal that “I, Robot”-style machines—but human in appearance like “The Terminator”—are mingling amongst the flesh-and-blood guests as servers. One of them briefly malfunctions for a moment, incorrectly wishing a departing guest a happy Halloween. This little cue towards an impending apocalypse is deemed enough in the world of “Mother/Android,” which then promptly jumps ahead in time. Nine months to be exact, if Georgia’s ready-to-pop belly is any indication.

Based on the director’s statement included in the project’s production notes, it appears the story of “Mother/Android” comes from a deeply personal place for Tomlin, with his parents having to make a difficult but necessary decision about his future when he was a baby. You can sense that reflective touch throughout his film, one that frequently gets hindered by a severe lack of world-building. Often, we are asked to buy the new reality that Sam and Georgia find themselves in for face value and not question how Georgia continues to travel at such speed, given her condition. Quickly, we learn that the duo is headed to Boston, to a safe colony of Americans living in relative protection against the androids and their “No Man’s Land.” Naturally, there are rocky predicaments on the way, one of which introduces the couple to a ragtag settlement, and to Arthur (Raúl Castillo), a computer engineer who saves Georgia’s life with an armor of his own invention that’s supposed to make humans invisible to robot perception. With her boyfriend now a captive, Georgia places her trust in Arthur and wakes up in a comfortable hospital bed in Boston, under the close care of the safe colony.

Anyone who’s seen the likes of “28 Days Later” will sniff a twist coming miles away—if something feels too good to be true, it probably is. But predictability isn’t even the biggest problem of “Mother/Android,” which generally suffers from an aura of aimlessness. In the film’s last act, you can’t help but feel shocked by your lack of interest in Georgia or what happens to her on the heels of a weepy finale that does very little towards plucking one’s heartstrings. There is some panache to the film’s visuals and a lot of heart in the actors’ collective dedication, but “Mother/Android” feels like a bland mash-up of genre staples to forgettable effect. 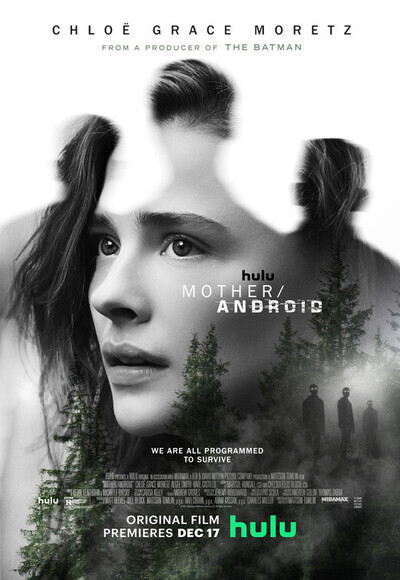