“Love, Guaranteed” is the kind of movie you leave on the TV because you’re lying on the couch with a cold, and the remote control has fallen off the blanket onto the rug, and you don’t feel like going to the trouble to reach down, grab it and change the channel.

It is sufficiently harmless and blandly cozy, like a Hallmark Channel movie that somehow broke loose and found its way to Netflix. Attractive people in warm coats stroll along the marina, boats bobbing gently in the water alongside them. Bright autumn leaves hang overhead, sometimes falling softly to the ground. And there’s no shortage of places to grab a cup of coffee on a cloudy, chilly day—this is Seattle, after all.

“Love, Guaranteed” is also blissfully short, although it doesn’t always feel like it, so strained are its comic antics and so flimsy is its romantic connection. And the premise of director Mark Steven Johnson’s movie, from a script by Hilary Galanoy and Elizabeth Hackett (who also wrote last summer’s “Falling Inn Love,”) is pure high-concept contrivance.

Rachael Leigh Cook stars as Susan, a plucky and uptight attorney with a strong sense of justice who works tirelessly for the little guy – often pro bono, as evidenced by the rickety VW Karmann Ghia she drives. In an annoying an unfunny running bit, Tiffany’s poppy, ‘80s hit “I Think We’re Alone Now” plays on repeat wherever she goes because she can’t get the tape out of the tape deck. (And now it’s stuck in your head, too. You’re welcome.) But it’s also her sad signature song as she goes home by herself, opens a container of leftover Chinese food, sips from a glass of rose and looks forlornly out the window. (Meanwhile, Susan’s sister and her happy, bustling family live in the duplex next door, just to hammer home her sense of isolation.)

Strapped for cash, Susan agrees to take a case with the handsome and charming Nick (Damon Wayans Jr.), whom she initially clashes with, naturally. She does so at the urging of her wacky co-workers, the voluptuous and wisecracking Denise (Lisa Durupt) and the flamboyant and flirtatious Roberto (Sean Amsing). Both are uninspired, trite stereotypes. Nick has come to their office because he wants to file a lawsuit against an online dating company called – you guessed it – Love, Guaranteed. He says he’s gone on 986 dates without having found love and wants to sue for fraud. He also names each of these dates like they’re episodes of “Friends”: “The One Who Brought Her Parents,” and such, which is worth a vague chuckle.

“It is a reckless endangerment of the heart,” he insists. “I will not stand for it.” This is the stilted way the characters talk in “Love, Guaranteed.”

The target of the lawsuit is the website’s wealthy owner, played by a distractingly jumpy and mannered Heather Graham, a woman who feigns enlightenment and says “namaste” a lot but misquotes Buddha.

“She’s going to be lawyered up,” Susan says. “Our case has to be airtight.” This is also the stilted way characters talk in “Love, Guaranteed.”

From here, through a series of montages and misadventures, the movie follows Susan as she tries to make a case for Nick. This involves joining the dating website herself, which leads to some lame, awkward meet-ups of her own. Along the way, she and Nick end up having dinner together and—surprise!—they actually like each other. At least that’s what the movie wants us to believe, but the would-be snappy banter they share is self-conscious and sitcommy, and the underlying emotions are barely even half baked. These aren’t terribly compelling or well-developed characters and they are woefully devoid of chemistry with each other.

Very infrequently does anyone act like an actual, recognizable human being, despite Cook’s strenuous efforts to channel her inner Holly Hunter. How are we supposed to care about whether they end up together if we don’t even care about whether they win their lawsuit? You’re better off letting the cold medicine work its magic and drifting off into a midday nap. 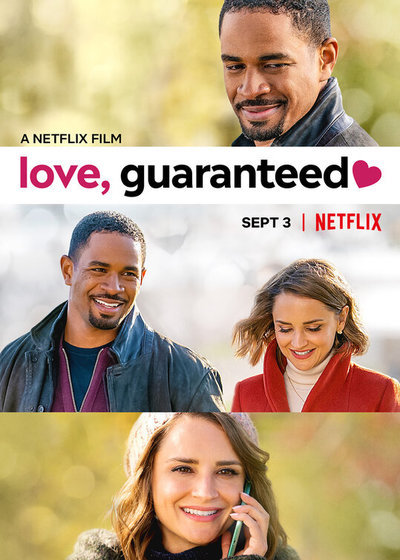