Jane Got a Gun

As anyone writing on the subject is all but legally required to mention, the Western “Jane Got a Gun” arrives at long last in theaters after what could politely be described as a troubled production. The film was originally announced in 2012 as a project that would co-star Natalie Portman, Michael Fassbender and Joel Edgerton and would be directed by Lynne Ramsay as her follow-up to “We Need to Talk About Kevin.” In March of the next year, Fassbender had to leave in order to do “X-Men: Days of Future Past” and Ramsay moved Edgerton into the vacated role and replaced him with Jude Law. Literally one week later, Ramsay left the film in a move that set off all manner of legal fireworks before eventually being settled out of court. The next day saw Gavin O’Connor enter the project as her replacement and the departures of cinematographer Darius Khondji and Law, who said that he only signed on in the first place in order to work with Ramsay. For a while, his part was filled with Bradley Cooper but when he had to leave to do “American Hustle,” he was eventually replaced with Ewan McGregor. This version finally made it in front of the cameras but after originally being scheduled for an August 2014 release, it encountered a series of delays that were further exacerbated by its original distributor filing for bankruptcy last July. Finally, it has emerged in theaters at long last, albeit in the dead of January and with no press screenings for what was once considered to be a fairly prestigious property.

With a pedigree like that, one might expect the resulting film to be some kind of disaster but the good news about “Jane Got a Gun” is that it is nowhere near as bad as you might think—it has solid performances, a couple of impressively staged sequences and is more concerned with telling its story than in trying to reinvent or deconstruct the genre. The problem with the film is that it never quite finds that final spark of inspiration that might have made it worth seeing, let alone producing in the first place, and it is further hampered by some clunkiness in the storytelling department.

Set in the New Mexico Territory circa 1871, the film opens as former outlaw “Ham” Hammond (Noah Emmerich) returns to the remote home he shares with wife Jane (Portman) and their daughter with a number of bullets in his back and a warning that “The Bishop Boys are coming.” We do not know at this point who the Bishop Boys are but Jane is sufficiently alarmed to take the child to a neighbor for her safety and then, with her husband too weak to do much of anything, seek out someone to help defend her ranch from the imminent onslaught. This someone is Dan Frost (Edgerton), who was Jane’s fiancé back in Missouri before he left to serve in the war and she, assuming he was dead, headed west in search of a new life. Needless to say, Dan isn’t too keen on helping the woman who he believes abandoned him, but he eventually shows up to pitch in. As he and Jane fortify the house, a number of flashbacks occur that fill us in on what happened between the two of them, how she and Ham came to be together and why the Bishop Boys, led by the dapper-yet-monstrous John Bishop (McGregor) want the two of them dead so badly.

Aside from borrowing a few plot points from the 1971 Raquel Welch oater “Hannie Caulder” (not to mention Portman’s look in the final scenes, which makes her a dead ringer for Welch in certain shots), “Jane Got a Gun” is a rare contemporary attempt to make a straightforward Western. The dialogue is tough and terse and while it may lack the brilliantly obscene poetry of the likes of “The Hateful Eight,” it certainly sounds more like what actual people might have said to each other in real life. The performances are good as well—Edgerton (who co-wrote the screenplay) is quite strong as the man who finds himself in the position of saving the woman who broke his heart and the man who he believes took her from him, Portman overcomes the initial absurdity of her presence (“Cold Mountain” notwithstanding, she is not exactly what one might consider to be the epitome of frontier womanhood) to give a convincing turn as a woman who is strong enough to defend herself to a point, and smart enough to know when to seek help from others. McGregor slips into his villain role so skillfully that it might take some viewers a couple of scenes to realize that it is him. And while it is not the kind of Western with six-guns blazing in every scene, the climactic siege at the Hammond ranch is nicely executed as well.

And yet, there are two problems with “Jane Got a Gun” that keep it from fully working. For one, the flashback structure that the screenplay utilizes to fill in the considerable backstories of Jane, Dan and Ham during the downtime before the finale is an awkward construct that distracts more than it edifies. I don’t object to the use of flashbacks per se but they are dropped in here so gracelessly that they eventually begin to grind the proceedings to a halt. For another, while Gavin O’Connor does a OK job of bringing the story to the screen, that is pretty much all that he does—it never develops the kind of unique personal touch that might have allowed it to become something special. After a while, you get the feeling that O’Connor just wanted to get the damn thing filmed before another hiccup could befall the production and end it for good.

“Jane Got a Gun” has its good points and less demanding fans of the Western genre may find some value in it, especially considering how few films of its type actually get made these days. For others, it comes closer to working than anyone might have rightly have expected given its peculiar backstory but not quite to the point where it would be worth heading out to the theater to see. As a Blu-ray rental, however, it would be probably be worth catching, especially if the package includes a making-of documentary. 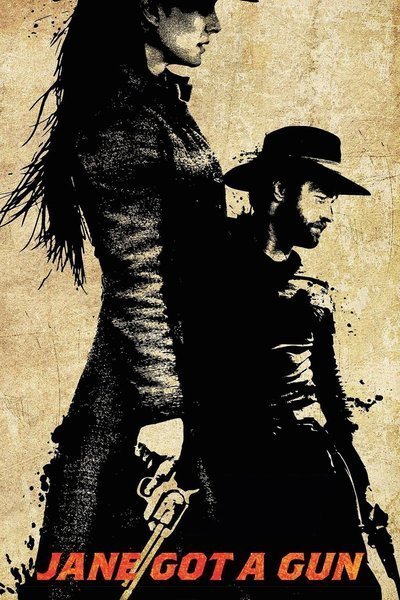