Muhammad Ali, née Cassius Clay, is supposedly the most-profiled sports figure in history. If there were still such a thing as the friendly neighborhood video store (which in most places, there isn't anymore) you could stock an entire section with Ali documentaries ("Facing Ali," "The Trials of Muhammad Ali," "Muhammad Ali: Through the Eyes of the World," "When We Were Kings") and features that use Ali as a character (the best are Michael Mann's under-appreciated "Ali" ; the worst is probably the 1977 curiosity "The Greatest," which Ali played himself).

Clare Lewins' new documentary "I Am Ali" is a great introduction to the boxer, activist and super-celebrity if you don't know much about him. It doesn't break any new ground, not does it claim to, but it's likable and reasonably thorough It his all of the expected historical markers, including his conversion to Islam and his decision to change his name, his major defeats and victories in the ring, his decision to resist induction during Vietnam and the subsequent loss of his title, his return to the ring, and his diagnosis with Parkinson's disease, which his own doctors said was worsened by head injuries he suffered while doing the thing he was put on earth to do. There are photos and video snippets scored to "Hey, Soul!" classics, pretty much as you'd expect (though who isn't happy to hear the likes of Bill Withers, Stevie Wonder and the Staple Singers?)

The documentary's emphasis on Ali outside of the ring is unusual, though. Where most retellings of Ali's story concentrate on the man's athletic and political exploits and relegate Ali the father and husband to the background, this one inverts the usual emphases. It is still, like most Ali documentaries, a hagiography, stepping gently around facts that aren't flattering to the champ, such as his apparently chronic fidelity problems (although Veronica Porsche, one of the film's witnesses, confirms that she started dating Ali in 1974, when he was still married).

Much of the film is built snippets from 80 hours' worth of audio tapes gifted from Ali to his daughter Hana, the seventh of his nine kids. Heard publicly for the first time, these tapes find Ali talking to family members and close friends about his life. We're privy to some life-altering choices such as his 1979 decision to return to the ring. This was a fateful one—he performed poorly, for the most part, and suffered a lot of damage—and to be able to hear him discussing it on the phone with one of his daughters is at once elating and unnerving. Rather than cut to news footage or still photos, Lewins shows a sound meter, the levels flatlining and then jumping to life. It's as if we're seeing two people's life forces up there, pulsing. 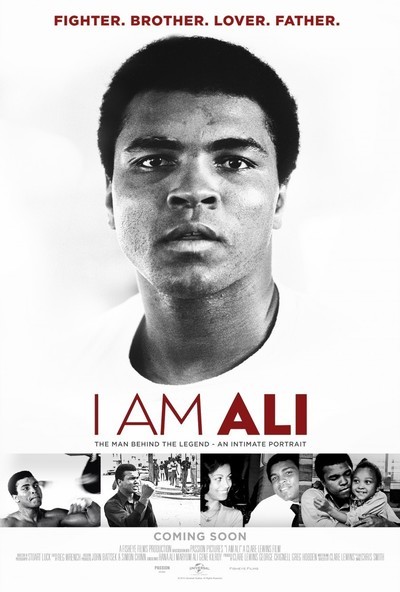