"The Greatest" includes a great performance and a very good one at the center of vagueness and confusion. The film's people are situation are perfectly clear, and with this cast might have made a powerful film, but the screenplay contains baffling omissions, needless confusions and questions we should not be thinking of.

The film opens with two teenagers deeply, joyously in love. It's the kind of love where they've flirted with their eyes and their hearts since they started school, and now, on the last day of their senior year, he finally finds the courage to speak to her, and her face lights up, and this is all they dreamed of, and they make love, and then he's killed when their car is hit by a truck.

Not a spoiler. It's the set-up for the whole film. The girl is Rose (Carey Mulligan, the Oscar nominee from "An Education"). The boy is Bennett (Aaron Johnson, on screen briefly but with all the presence necessary to make their love significant). We cut to the funeral, and then to an extraordinary shot of three people in the back seat of a funeral limousine: Bennett's father Allen (Pierce Brosnan), his mother Grace (Susan Sarandon) and his kid brother Ryan (Johnny Simmons).

They do not speak. They do not look at one another. They do not offer comfort. The shot lasts maybe a minute. It establishes that these people are grieving in their own private ways. Bennett was a wonderful boy, known as "the Greatest" since grade school because… well, he was. Grace is inconsolable. They all are, but she's the most intense, and Allen tries to hold the family together while Ryan disappears into his room and drugs and who knows.

Three months pass in this way. Rose appears at their door, and tells Allen she is pregnant. It was the first time for both Rose and Bennett. She didn't even know you could get pregnant the first time. She moves in with them, because -- well, I don't know exactly. Apart from one enigmatic phone call late in the film, perhaps involving a mother, she seems to have no one. She attends high school in an affluent neighborhood for three years, she was a gifted pianist, she's in a fatal crash, and now she has no one? No family, in friends, not one single person, and this is never explained?

Maybe she comes from a troubled background? Hard to see. Carey Mulligan plays Rose as upbeat, cheerful, able to cope. Grace is cold and distant; Sarandon plays her as unforgiving. Rose overhears her saying she wishes it was Rose, and not Bennett, who had been killed. She doesn't give a damn about Bennett's child. She wants her own child back.

Allen tries to be friendly. There are a couple of scenes, indeed, that are oddly handled, because there's no question of Allen and Rose growing intimate, but the film's staging allows such a question to occur. Meanwhile, Ryan starts attending a grief support group where the leader does what no support group leader should ever do, and offers a diagnosis and recommendation to members after one comment.

In this group, a young woman named Ashley (Zoe Kravitz) reaches out to Ryan, and he responds, and improves emotionally, and they like one another, and a romance seems to be in the works, and then he knocks on her door and her sister (I guess) answers and says something (I'm not sure what), and he runs off, and Ashley runs after him but that's the end of that subplot. What's that about?

And what about the scene where Ryan consumes what may be Ecstasy and then smokes pot. Okay…and then? Nothing. He gets high and comes down, I guess. Meanwhile, Grace sits at the bedside of Jordan (Michael Shannon), the truck driver who hit her son's car. She knows her son lived for 17 minutes after the crash, and that Jordan spoke to him, and she's obsessed to know what he said. But after the conversation Jordan went into coma. Some months later, we see her at his bedside, hearing the story of the 17 minutes.

I will omit certain additional details involving Allen and Rose (separately), and I suppose I shouldn't describe the melodrama of the closing scenes, except to say they're an anthology of clichés. And there's a car ride in which way too much communication takes place, at long last, in a much too facile fashion.

So the screenplay is a soap operatic mess, involving distractions, loose ends, and sheer carelessness. Yet Sarandon creates a wrenching performance of a woman torn apart by grief, and Brosnan is convincing as a man holding it together as long as he can. As for Mulligan and Simmons, what can I say? There is nothing they do wrong, but this film written and directed by Shana Feste leaves both characters deprived of explanation development and revelation. And you can't get me to believe that after you have sex one time and get pregnant and your lover is killed and you have absolutely nobody to turn to except his parents, and his mother hates you, a teenage girl can have this much self-confidence. Even Juno would have disintegrated under the pressure. 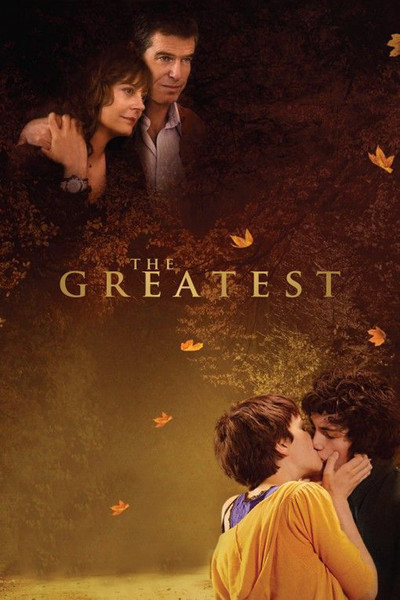