Daniel Radcliffe made his name battling evil in the “Harry Potter” movies. In “Horns,” Radcliffe’s latest effort to distance himself from the iconic boy wizard, he turns into the Devil himself–albeit an angsty, hipster version.

Radcliffe has an immensely appealing presence no matter what he’s doing, and he’s made inspired, daring choices to demonstrate his versatility outside of “Harry Potter,” from going nude on Broadway in “Equus” to starring as a young Allen Ginsberg in “Kill Your Darlings” to playing an oversexed version of himself on HBO’s “Extras.”

“Horns” would seem like another gamble, and another opportunity to stretch. It’s a supernatural thriller, territory he’s familiar with, but taken to a raunchy, grotesque extreme. But director Alexandre Aja, whose background is mostly in straight-up horror (“High Tension,” “The Hills Have Eyes”), has trouble navigating the shifts between broad humor and intense scares. At the same time, some of the most entertaining moments come in the form of wildly graphic violence, reminiscent of Aja’s hilariously campy “Piranha 3D,” but there’s so much else happening here that those images almost feel like they belong in another movie. There are some clever ideas in the script from Keith Bunin, based on the novel by Joe Hill, but they get mixed up in some awkward tonal juggling.

Radcliffe stars as Ignatius Perris, a young man who’s wrongfully suspected in the gruesome killing of his childhood sweetheart, the ethereally beautiful Merrin (Juno Temple, who–like Radcliffe–is effectively suppressing her English accent). Merrin is found with her head bashed in, lying at the foot of the tree house that was her hideaway with Ig, in the forest of a bleakly scenic Washington logging town. Nothing he says or does to clear his name works; with narrative glimmers of “Gone Girl” (but precious little of the subtlety), all evidence points to him. And the fact that the hard-drinking Ig can’t remember exactly what happened because he was hammered that night doesn’t help his cause.

So he bitterly chooses to accept the role of villain, and in a twisted take on the wish fulfillment of “Freaky Friday,” wakes up one morning to find that horns–actual, literal horns–have sprouted from his forehead. They hurt, as you would imagine, but they also bring another unexpected side effect: They cause everyone around him, from his family to his friends to complete strangers, to confess long-held secrets and desires. The only one who doesn’t see the horns (and still acts normally around him) is his longtime best friend, Lee (Max Minghella), who also happens to be the public defender assigned to represent him.

The conceit of people telling him their deepest, most brutal truths is amusing and even startling, especially coming from his parents (James Remar and Kathleen Quinlan). But what begins as a candid exploration of basic human instinct turns into a silly and outlandish free-for-all. This is especially true in the case of Heather Graham’s character, a diner waitress who hopes to ride her peripheral involvement in Merrin’s death to reality-TV fame. A likably scruffy Joe Anderson, as Ig’s jazz-musician older brother, also spins uncomfortably out of control when given permission to indulge his drug habit.

“Horns” is similarly heavy-handed in its use of Garden of Eden symbolism, from the snakes that do Ig’s bidding to the flashbacks to a nubile and semi-nude Merrin dancing in the forest, bathed in soft, sensual lighting. And the diner where Graham’s character works–the scene of a pivotal moment between Ig and Merrin—happens to be called Eve’s, complete with a neon sign of a red apple.

And yet, within this overbearing and overlong tale, there are some individual moments that are really quite lovely, from the idyllic, pastoral beauty of the woods to the striking aerial shots of Pacific Northwest coastline. (Frederick Elmes, who shot David Lynch’s “Eraserhead,” “Blue Velvet” and “Wild at Heart,” is the cinematographer.)

And Radcliffe, through his sheer presence and the piercing honesty of those big, blue eyes, makes this mixed-up material watchable. He’s scuzzy and tormented, drunk or hung-over most of the time, but his directness and his down-to-Earth demeanor give us something to latch onto, even though the Devil made him do it. 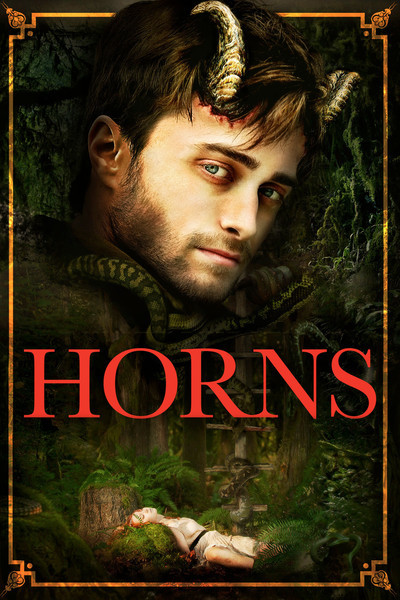 Rated R for sexual content, some graphic nudity, disturbing violence including a sexual assault, language and drug use