Claire Denis' "High Life," about a group of prisoners being used as guinea pigs in a deep space mission, is tailor-made for viewers who like science fiction in a cryptic 1970s art-house mode, and don't care if the movie is of-the-period ("The Man Who Fell to Earth," "Alien," "Silent Running") or consciously aping it ("Under the Skin," "Ex Machina," "Annihilation") as long as it delivers the goods by challenging the audience. There are no laser shootouts, lightsabers, spaceship battles, or talks of imperial succession here—just long, often eerily quiet scenes of adults being adults, in a futuristic environment that turns every situation into a metaphor and every metaphor into a situation.

The film is another milestone in the career of its director/co-writer, whose filmography (which includes "Beau Travail," "The Intruder," "35 Shots of Rum" and "Trouble Every Day") is rife with powerfully visceral tales of forbidden love and exotic locales. And it's yet another feather in the cap of its star, Robert Pattinson, who has become one of the most reliably intense yet unaffected leading men in cinema—and who, with his former costar Kristen Stewart, is helping to keep a particular kind of auteur-driven, middle-budget art house film alive, at a time when 40 percent of yearly North American box office receipts come from family-targeted Disney properties.

The story begins pretty far along in the life of its main character, Pattinson's Monte, a convict turned astronaut. He's first seen living alone on the aforementioned deep space vessel, a dark and messy place plagued by technical problems, taking care of a little girl named Willow (Scarlett Lindsay). As is often her m.o., Denis keeps her narrative cards close to her vest, observing Monte and Willow with such a potent mix of detachment and fascination that this prologue begins to feel like a documentary that has somehow time-warped in from the future.

This section of "High Life" also offers one of the clearest demonstrations yet of Pattinson's sneaky star power. The directness of Denis' images is disarming: we could just as easily be watching surveillance footage of a single dad caring for a toddler in a dilapidated and otherwise empty public housing project. Ignoring the showbiz maxim warning actors never to share the screen with a dog or a child, Pattinson bonds with the audience by treating every moment between Monte and Willow as a record of simple actions: a feeding, a bedtime routine, a grown man attempting to dissuade a child from crying for the sake of his own mental health, and most affectingly, an attempt to enjoy "quality time" while doing a job that can't be put off until later (specifically, repairing the exterior of the spacecraft while talking to Willow via video link).

In due time, Denis and her cowriters Jean-Pol Fargeau (a regular collaborator) and Geoff Cox fill in the circumstances that led to this dire predicament. Lars Eidinger is the mission’s captain, who seems to have no authority whatsoever. The true commander of the mission seems to be Dr. Dibs (Juliette Binoche), who performs experiments on herself and the others. "Suspiria" costar Mia Goth plays the edgiest crew member, Jessie Ross a more optimistic counterpart. André Benjamin, otherwise known as André 3000 of Outkast, is Tcherny, who left his family behind on earth and now tends to the ship's greenhouse.

And it's in the greenhouse that a film set in the weightless reaches of space finds a dramatic center of gravity. "High Life" takes its sweet time drinking in the ship's plant life (shades of special effects-master-turned-director Douglas Trumbull's 1972 eco-thriller "Silent Running," an obvious reference point). These images of fecundity, of pistils and stamens, haunt the remainder of the story. Like so much else in this symbol-attuned film, they are plain, organic objects that are just what they appear to be (plants that supply the ship's crew with food and oxygen) and, at the same time, emblems of fertility, in a movie that's obsessed with sex, reproduction, parenting, and the perpetuation of humankind.

By fragmenting the narrative and moving around through time, as Denis loves to do, "High Life" becomes a kaleidoscopic experience, more so than a traditional story. The filmmaker immediately establishes that something happened to the crew, then tells us what it was, but doesn't fill in the blanks on exactly how it all happened until she's good and ready. This is an alternately disturbing, intellectually stimulating, scary, erotic, and revolting collection of moments that you're supposed to watch, listen and react to, not necessarily process as one might a traditional linear narrative, or some kind of cinematic equation that can be unlocked like the final level of a videogame.

Any film that takes a somewhat realistic view of space travel is bound to get compared to "2001: A Space Odyssey," but this one deserves it. It makes the ship feel as tactile as the interior of a submarine, or a prison. Atmosphere and sensation are everything. The sound of a character's breathing, footsteps or muttered curses can be as meaningful as any expository line of dialogue (of which there are surprisingly few until Binoche's spacey-scary Dr. Dibs starts monologuing).

What does it all mean? I have a take but would rather not share it here, in a review that's trying to convey the spirit of an elliptical and mysterious film without revealing all of its surprises and puzzlements. Suffice to say that it's the kind of movie that's direct enough in its imagery to make you feel as if you're just visiting a place that exists, yet expansive enough in its poetic and narrative aspirations to make room for a spacewalk, a daringly extended sequence of a crew-member riding a sex machine, several idealistic conversations about science and survival, a psychedelic mission to a black hole, and a final act that's at once inspirational and unbearably sad.

It's the kind of film that sparks arguments on the way home, not just about what happened and what it meant, but whether it was a good movie—and if not, precisely which expectations it failed to satisfy, and whether it ever intended to satisfy them. With its brutal violence, explicit sex, and up-close views of blood, sweat, urine, and semen, it is proudly an R-rated film, verging on NC-17—though the X-rating, which was discontinued by the MPAA almost 30 years ago, might feel more appropriate. Everything about this movie is retro, from the opaque yet fully felt performances (led by Pattinson) that make the audience come to the actors rather than the other way around, to Stuart Staples' analog synthesizer-heavy soundtrack, to the closing credits song by Tindersticks featuring none other than Pattinson, whose vocals suggest what Chris Isaak might sound like if he lost his will to live.

If you've read this far, you know whether this is your kind of movie. If you think it is, it is—and then some. 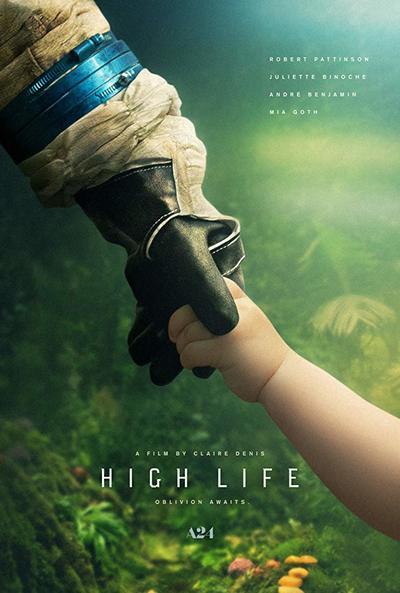 Rated R for disturbing sexual and violent content including sexual assault, graphic nudity, and for language.