Maybe you should play with your dolls instead

Seeing as how "G.I. Joe: Retaliation" is a live-action cartoon, I wish we could have seen thought balloons above the heads of Channing Tatum, Dwayne "The Rock" Johnson and Bruce Willis, among others, as they filmed this ridiculous and overblown debacle.

Not their characters, mind you. I wanted to see thought balloons indicating what was going through the minds of the actors as they went through their paces:

Willis: "Let's see, this paycheck will cover the vacation house for what, another two years; plus, I can get a gold harmonica. Hey, I wonder if any of these punks saw the original 'Die Hard'? Wait, they want me to say WHAT about Patton's gun? Jesus…"

Johnson: "I know they're going to turn this scene into a slow-motion group-walk in the editing. How many times am I going to have to walk in slow motion with flames bursting all around me? Am I going to do be doing this when I'm 70?"

Tatum: "I've got to talk to my agent about these 'must appear in the sequel' contracts."

Adrianne Palicki: "Hey everybody, remember me? I was on 'Friday Night Lights'! That show had actual writing!"

To say "G.I. Joe: Retaliation" is a video game for the big screen is to insult a number of video games that are far more creative, challenging and better-looking. Like a Dumpster bin behind Tiffany's, this contains nothing but well-packaged garbage.

In the tradition of "Transformers" (just kidding about the "tradition" part), this franchise is of course based on a collection of toys, so it's not as if we're expecting "Zero Dark Thirty." The first installment, "G.I. Joe: The Rise of Cobra" (2009), at least had a sense of its own absurdity, but the sequel is a heavy-handed, explosion-riddled, ear-piercing disaster with an insanely stupid plot and an endless stream of mostly generic fight sequences that straddle the PG-13 line.

Sure, there are all kinds of cool toys and breathtaking mountain-side fight sequences and guns-and-against swords nonsense, but they're all so clearly fake, so clearly concocted in the CGI lab, that we're bored when we should be saying, "holy bleep."

We pick up the action in "Retaliation" with some generic buddy-movie bonding between Duke (Channing Tatum) and Roadblock (Dwayne Johnson). They engage in semi-witty banter while taking out the enemy, playing video games or hanging with Roadblock's family. OK, not bad.

But soon the playing field gets crowded, with Flint (D.J. Cotrona), Lady Jaye (Adrianne Palicki) and Snake Eyes (Ray Park) going up against the Cobra Commander, Storm Shadow and Firefly. I'm sorry, but if you're older than 12 and/or not involved in a serious nostalgia trip, how can you take any of this stuff seriously?

The dialogue and exposition scenes in "G.I. Joe" are like something out of a Saturday morning cartoon from the 1980s, but the PG-13 violence is a little intense for the 7-year-old boys (and girls) who might love this stuff. The end game here is we have a villain who says he "wants it all," meaning control of the world, but as is so often the case with these bad guys, first he wants to blow up much of the world, which always has me wondering: Why does Mr. Evil Bad Guy want to rule over a vast, nuclear-poisoned wasteland? Where's the fun in that?

Full disclosure here: I did not play with G.I. Joe action figures when I was a kid. Even at 10 years old, I thought that the whole "G.I. Joe, G.I. Joe, fighting man from head to toe" thing was just a goofy way of selling dolls to boys.

Nor was I fan of the various "G.I. Joe" comic book series through the years — and yes, that means I'm not versed in the Marvel Comics that ran in the 1980s or the more recent series that have their fanboy bases. I can promise you when this review and the video versions are published, the comments on the websites of the Sun-Times and Roger Ebert and YouTube and a dozen other places will be more entertaining than the movie itself. To which I say: good for you. It's important to be passionate about something.

But here's the thing: I'm reviewing the movie. The issue is not whether the movie is ever so faithful to the comic strip or whether it will satisfy the hardcore fans.

And as a stand-alone film, from the characters to the alleged humor to the plot to the action sequences to the twists and turns, this movie … what's the word? 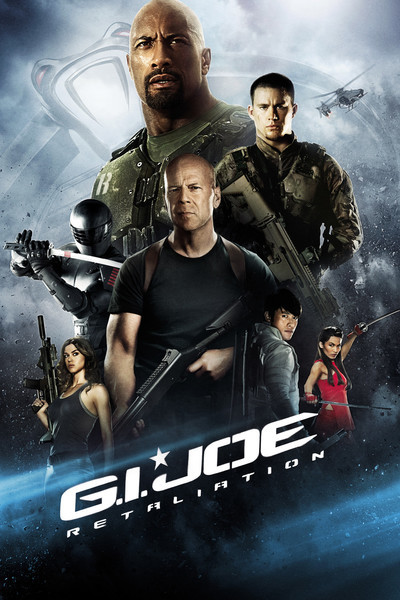 Rated PG-13 for intense sequences of combat violence and martial arts action throughout, and for brief sensuality and language