Deep in the bowels of a university's medical school, a group of students intentionally kill themselves for minutes at a time to experience what lies beyond. This is a fabulous idea for a movie, but unfortunately "Flatliners" represents the second failed attempt to do it justice. It's not a terrible film, and neither was the original. They're both frustratingly not terrible: the cast acts the hell out of every moment, struggling to find profundity in situations that are conceived in the most superficial way, often settling for cheap horror movie jolts and "it was only a dream" false alarms, and things wrap up so neatly that the sense of wonder and terror inherent in the story remains largely untapped.

Joel Schumacher's 1990 original was a surprise hit, starring a cast of soon-to-be-huge stars, including Julia Roberts and Kiefer Sutherland, who has a supporting role here; but its premise, which could have opened the door to a visionary work of sci-fi horror, settled into a sort of gothic self-help drama groove, with the medical students realizing that the seemingly supernatural goings-on triggered by their experiments in "flatlining" were manifestations of their past misdeeds. Director Niels Arden Oplev’s remake, adapted by Ben Ripley from Peter Filardi's original script, sticks to that template, changing key details here and there while embracing a style that stirs every current horror movie visual cliche into a jagged paste.

Ellen Page stars as Dr. Courtney Holmes, whose kid sister died in a car accident years ago due to her negligence. She corrals a group of fellow residents—Diego Luna's earnest and responsible Ray, Nina Dobrev's flirty hardcore Marlo, James Norton's rich kid Casanova Jamie, Kiersey Clemons' stressed-out and mommy-dominated Sophia—to administer heart-stopping drugs to kill her for three minutes and heart paddles to wake her back up so that she can report what she saw. She experiences a sensation of flying and sees angles on the campus and the city that she's never personally experienced. This is enough to convince her colleagues—except for the cautious and ethical Ray, who's there mainly to guard against tragedy—to undergo the same treatment.

But then (ominous bass fiddles!) mysterious things start to happen. Courtney is visited by an apparition that's obviously connected to her feelings of guilt over her sister's death. In short order, Jamie, Marlo and Sophia all begin experiencing creepy events and disturbing visions. By the time the movie reaches its midpoint, there's no question of where the film has to go before the credits roll.

Fully 20 percent of the movie's running time consists of characters wandering along through dark apartments, basements and corridors, wondering if the noises they hear are just their imaginations while out-of-focus shapes and faces dart through the negative space nearby. Sometimes these shocks are amplified by a shriek of atonal soundtrack music, and once in a while you'll get a jolt of graphic violence that rarely has any long-term consequences. The whole thing is too much of a tease, and once you figure that out, there's no actual suspense to speak of, just momentary manipulations.

The cast gives the movie everything they've got. Luna and Page in particular make much stronger impressions than you might expect, given the repetitious and mostly shallow scenarios they're asked to enact, and there are a couple of moments near the end where Sophia's story snaps into focus and finds just the right balance between inspirational melodrama and horror that otherwise eludes the movie. But the choppy, cliched visuals and the script's superficial approach to the characters' predicaments (people are constantly stating the obvious to each other, and to the audience) ultimately undo any goodwill that the actors can generate.

This sort of movie can be more frustrating than a maliciously terrible or blunderingly incompetent film because at each step you can tell that everyone involved in the production sincerely believed in the material, both as raucous entertainment and as a tale of moral growth. But when the best you can say about a movie is that it means well, that's proof that it's not working on any level that matters. 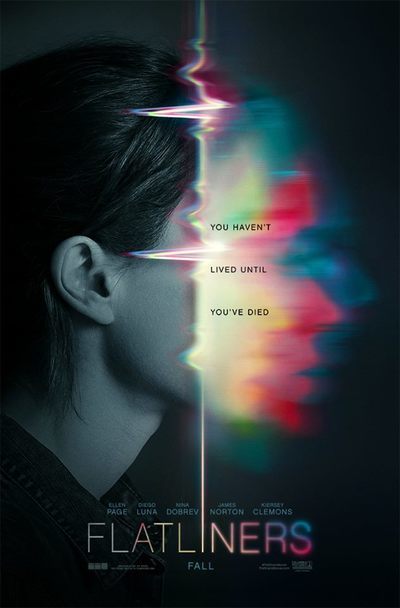