Without spoiling anything, “Eli,” the latest in a veritable deluge of Netflix Original horror movies, relies so heavily on a twist that its occasionally effective filmmaking and solid performances collapse under its weight. As the truth behind what really is happening in Ciaran Foy’s film revealed itself, I couldn’t help thinking that A) there’s a stronger version of this movie in which we know this truth much earlier and B) keeping this secret in the way the film does makes the entire experience feel like a cheat. The end of “Eli” subverts the majority of “Eli,” making it kind of like a cheap game. It’s not as damaging as the ridiculous final scene of “Fractured,” but I was left with a similar bad taste in my mouth. And when a character literally says near the end, “If you knew the whole time, you could have just told me,” I felt very seen.

Eli (Charlie Shotwell) is a very sick 11-year-old. He’s forced to wear an astronaut’s suit most of the time because his immune system is so weak that ordinary air could kill him. In a final effort to cure their son, Eli’s parents (Kelly Reilly and Max Martini) take the boy to a creepy old house that has been turned into a medical facility run by the mysterious Dr. Horn (Lili Taylor). She convinces Eli’s mom and dad that she alone can save their son, and Eli begins what appear to be brutal, painful, bizarre medical procedures. What exactly Dr. Horn is doing to Eli—and whether or not she will succeed—is only one of the mysteries at the core of the film that bears his name.

You see, this old mansion isn’t just out of “haunted house location scouting 101.” There are definitely a few things that go bump in the night in its long, underlit hallways, as Eli quickly learns. Foy goes back to the same jump scare wells a few too many times, repeating bits like shadowy patients in mirrors and creepy etchings in fogged windows, but there are some passages that recall films like "The Conjuring" or the show "The Haunting of Hill House." Suffice it to say, Eli becomes convinced that there’s a force in the home that’s trying to tell him something, but he (and we) are never quite sure if it’s trying to hurt him or warn him. He also befriends a girl who keeps showing up outside the home named Haley, played by future-star Sadie Sink of “Stranger Things.” She warns him that the good doctor may not be so good after all.

From the very beginning, “Eli” accentuates the likelihood that everyone in it has a secret. Whether it’s the weird way in which Haley keeps showing up, how Eli’s parents discuss his treatment, or the obviously shady Dr. Horn, the poor boy is caught up in a world of confusion. Are the treatments creating the visions that Eli is having or is something supernatural trying to warn him of impending doom? Foy milks a lot of unsettling material merely from the secrets that his film holds until the final scenes, but that's a cheap trick more than it is creative screenwriting or filmmaking. We have no real idea what’s going on through most of “Eli,” which results in a film that is more often confusing than frightening. There’s a crucial difference. Being unsettled by the unknown is different than being annoyed by a film that feels like it’s being purposefully vague and withholding—it's the difference between "ooh" and "huh." “Eli” will have you too often saying the latter. 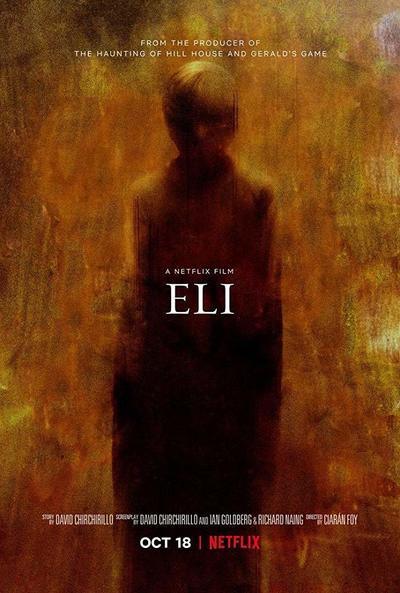