This movie begins with a wide-angle shot of a stripper on the stage of a club, stretching out at the pole as a song by a Cowboy Junkies soundalike band plays. (Turns out the track is by Goldfrapp, whose sound is not normally as such, but for the purposes of this review that’s not a distinction worth torturing.) Openings such as these happen for two reasons: the filmmaker has either seen too few or two many movies that open in pretty much the same way. At this point in time, there’s simply no way the idea occurred to him (it’s always a him) independent of a movie. So already we’re in potentially dicey territory.

We then cut to a college campus, where Harper (Tye Sheridan), a seeming straight-arrow law student, is leaving a scintillating lecture relating to Criminal Behavior and Reduced Charges Because Mexico, and patiently indulging the ravings of his knucklehead motormouth druggie pal Paul (Jared Abramson). Harper cuts Paul off by complaining of both his mother’s comatose state and his hatred of his stepfather, whom he believes is going to euthanize said mother and take off with all of said mother’s money and go live with some chippie in Vegas. Paul commiserates but, being a knucklehead motormouth druggie can’t really be of service, or can he?

Soon, Harper is in a seedy bar, drowning sorrows in whiskey and overhearing the braggadocio of criminal Johnny Ray, played by Emory Cohen, here taking a step back from his excellent work in “Brooklyn” and landing in the swamp of damaged masculinity from which he first emerged in “The Place Beyond the Pines,” a terrible movie that nevertheless looks like “East of Eden” next to this one. Here we realize the movie takes place in a not too distant suburb of Tarantinoville, a magical place where a movie heavy can tell his stripper/maybe prostitute girlfriend Cherry (Bel Powley) to “f**k off” while taking a swipe at her, and no feminist movie critic will raise a ruckus about it, because no feminist movie critic would be stupid enough to sit through more than ten minutes of this, and the menacing happens fifteen minutes in. In addition to all this delight, Harper drunkenly solicits Johnny Ray’s assistance in getting rid of the evil stepfather.

It’s at this point that the movie, perhaps suspecting it’s worn out its welcome with anyone who’s sick of this kind of played-out contemporary genre nonsense, says “But wait! Can I interest you in a TRICKY STRUCTURAL DEVICE?” When Johnny Ray and Cherry show up at Harper and stepdad’s nifty mansion the next morning to initiate Operation Vegas Road Trip, writer/director Christopher Smith, who’s been laying it on with the wide-angle shots and split-screen stuff throughout, splinters the movie into two narratives, just like, um, “Sliding Doors?” Yeah, I guess so.  In one narrative, Harper goes with Johnny Ray and Cherry, and in the other, he stays at the mansion and confronts his stepdad (who’s named “Victor,” of all things) with less than optimum results. He also spends some time, because he’s a film buff, watching “Detour,” the grimy 1945 no-budget noir directed by Edgar G. Ulmer. Smith draws a direct connection between the hard-edged sexiness of that film’s star Ann Savage and the Offbeat Good Looks of Powley, whose hair here is platinumized, and who would look drawn even if the side of her face wasn’t sporting a fresh scar.

Neither narrative is particularly compelling, but the road trip one has an edge, because travel’s always fun. There’s a diner scene and a scene in which they’re pulled over by a state trooper whom they subsequently turn the tables on and stow in their trunk. (Director Smith demonstrates just how much of a you-know-what he doesn’t give about YOUR politically correct pieties by casting an African-American (Gbenga Akinnagbe) as the humiliated cop.) There’s also a lot of Johnny Boy demonstrating his severe ambivalence over the state of his relationship with Cherry. This dilemma grows more fraught on a visit to one Frank (played by John Lynch, who here looks so much like former Mothers of Invention sax played Bunk Gardner that I wanted to maybe crowdfund a biopic around the actor), to whom Johnny Ray is in heavy debt. Frank will accept Cherry as payment, but Johnny just Can’t Let Go.

Here I must issue a spoiler alert. The tricky structural device turns out to not be two alternate storylines. There’s just one storyline, and Smith has chopped it up and parceled it out in alternating timelines that eventually catch up with one another. After which the movie settled in for the Vegas climax, featuring, among other things, a battle of wits between men in which the ultimate prize is the prostitute. Which you may remember from “True Romance” or “Killing Zoe” or both. Since the final shots of this remarkably pointless movie (a real waste of Bel Powley, among other things) are set on a beach, I’m gonna go ahead and put my money on “True Romance” as the dominant influence. That movie was almost 25 years ago. I have a feeling that criminals, prostitutes and even resentful stepsons do things a little differently nowadays, even in their fantasy realms. It’d be nice if a filmmaker were to go out and find out how, and report back. 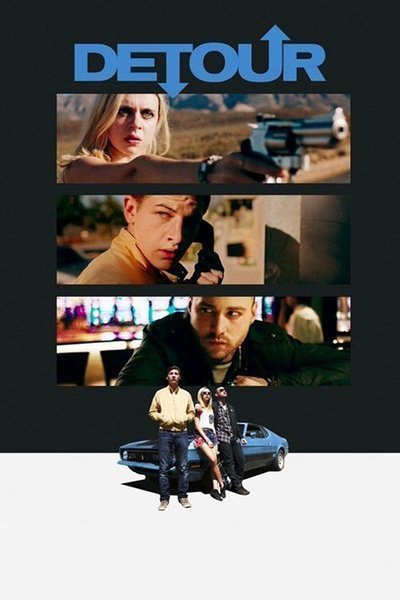 Rated R for some strong violence, sexual content, nudity, drug use, and language throughout.