Colm Tóibín’s 2009 novel “Brooklyn” is one of those books that seems like a miracle, a book that reminds the reader just how much power can reside in relatively unadorned language. The Irish-born writer’s book tells the story of Eilis Lacey, a young woman from a working family circa 1950. She’s bright, open and industrious, and there’s not much meaningful opportunity for her in her small Irish town. An Irish priest visiting from the United States sponsors Eilis for a job in the book’s title borough, and Tóibín beautifully tells of her uncomfortable crossing, her loneliness and alienation in her new world, how she finds her own way and finds romance, and what happens after she’s called back to her old home—away from the place where she’s been working so hard to make good.

The story is simple, and told in a quiet register. Tóibín, who recently wrote a book celebrating the work of the poet Elizabeth Bishop, has both a novelist’s love of detail and a poet’s facility for linguistic magic-by-compression. He uses every word carefully, and every sentence is where it is for a very particular reason; therefore he’s able to weigh those sentences with intimations that are genuinely metaphysical. Take the opening sentence of Part Two of the novel: “In January, Eilis felt the fierce sharp cold in the mornings as she went to work.” That’s not a barrage of verbal fireworks by any means; one notices that Tóibín declined to separate the words “fierce” and “sharp” with a comma, and that adds to the speed of the sentence, but otherwise it seems well-wrought but ordinary enough. But given where it falls in the sequence of prose, and what follows the sentence ... well, in that context it evokes a whole small world of distress. I had heard many good things about the film adaptation of “Brooklyn” before I saw it, but I did wonder whether the film would even try to bring this dimension to the screen. I’m happy to report that screenwriter Nick Hornby (himself a novelist of note) and director John Crowley do, on occasion throughout the wonderful film, aim to do that, and succeed.

The director and screenwriter have been gifted with an extraordinary lead actor. In the role of Eilis, Saoirse Ronan is as alert, intelligent, and emotionally alive as the character herself. Ronan, herself a native of Ireland, has, in this movie, put on a very, if you’ll excuse the expression, Irish-girl face: open, clear-eyed, with a not-hard jawline that’s nonetheless set with a certain kind of determination. It’s the furthest thing from forbidding, but it also sends a clear message: she’ll brook no nonsense.

Eilis is also of course terribly vulnerable. In the film she has a beloved mam and older sister (the adaptation excises the older brothers in the novel) and once she’s ensconced in a quasi-boarding house in a nicely brownstone-and-tree-rich neighborhood of the New York borough to which she’s sailed, she misses them terribly. The movie has a spectacularly good sense of place and time without being too obvious about it; Eilis’ circumstances are cozy, slightly catty, and a little stifling. Once she meets a super-friendly Italian-American fellow named Tony (Emory Cohen, so wonderful here that I’m now inclined to blame his baleful work in 2012’s also baleful “The Place Beyond The Pines” entirely on that film’s director), her initiation into New-Yorker-dom begins. Screenwriter Hornby breaks out the interiority of Tóibín’s book by inventing some apt bits that result in heart-warmingly funny scenes. Eilis gets lessons from her roommates in eating spaghetti, and the role of Tony’s smart-alecky but essentially sweet younger brother Frankie is expanded purposefully; the actor playing the “eight-going-on-eighteen” character, James DiGiacomo, is a certified scene-stealer.

Just as things are getting serious between Tony and Eilis, she is called back to her home to cope with a family tragedy. As much as she’s come to love her new life, the forces of homesickness and guilt, as well as the attentions of the kind, handsome local fellow Jim Farrell (Domhnall Gleeson, worlds away from the feckless cyber-nerd he plays in this year’s “Ex Machina”) cause no small confusion for Eilis. Her inner conflict is played out with terrific sensitivity and understatement, but the director and the actors deliver the final click of the plot’s tumblers with no small emotional force. It’s a quietly devastating moment that, like much else in the movie, has a resonance that extends far beyond its immediate circumstances.

While Tóibín’s novel feels very much rooted in the time in which it’s set, the movie has more the feel of what Tennessee Williams calls a “memory play.” I’m sure that the excursion-to-a-Coney-Island-day-at-the-beach scenes in the 1941 comedy “The Devil And Miss Jones” or the 1959 “Imitation of Life,” as Hollywoodized as they were, presented more realistic versions of such excursions than this movie does—I mean, Coney Island is/was a lot of things, but lyrical is not one of them. (The Brooklyn colloquial description of the location would be something along the lines of “zoo.”) As a choice, though, it serves the movie’s vision well. If I may be utterly, unabashedly frank, I admit that the first time I saw this picture I started crying about forty minutes in and never really stopped. They were not all sad tears, I hasten to add.

The persistent feeling that this movie so beautifully creates is that even when the world is bestowing blessings upon us, it’s still at the bottom a sad place, and the key to an emotionally healthy existence involves some rooted acceptance of that. The movie ends with Eilis having made some substantial steps to that accepting place, and also determined to move purposefully forward. People have spoken about how understated and old-fashioned “Brooklyn” is, to the extent that it might come across as a pleasant innocuous entertainment. Don’t be fooled. “Brooklyn” is not toothless. But it is big-hearted, romantic and beautiful. 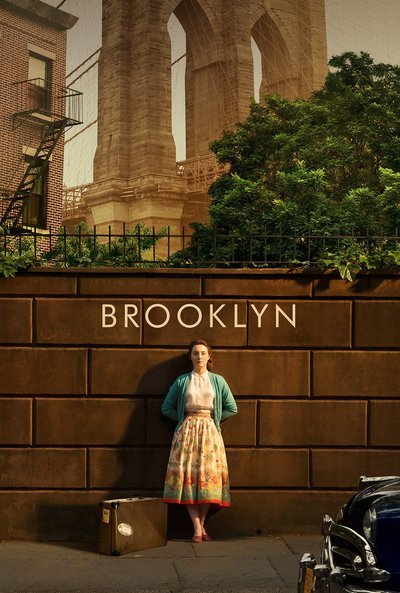 Rated PG-13 for a scene of sexuality and brief strong language.

Nora-Jane Noone as Sheila