Every now and then, one comes across an indie film that's so showily awful, so drenched in bathos and cliché, and yet features such a uniformly sharp cast that you have to wonder: "What is it with actors?" Or, if one already knows what it is with actors, "Did this material actually look good on paper?"

The heavy-sigh-inducing "Charlie Countryman" is just such a motion picture. It's a thoroughly queasy pastiche of magic-realism/coming-of-age/romantic-thriller/bloody-Chiclets nonsense (and when I say "nonsense" I am substituting a much stronger word). It starts on a note familiar to anyone familiar with Sundance Film Festival entries in the ten years that followed "Reservoir Dogs."  A young man, his face beaten to a pulp, is hanging from a rope tied to his leg and attached to a crane hoist at the other end; he dangles above a body of water as men with guns observe him from dry land. We hear the report of a shot fired, and into the water he falls, and…

It's just a dream, or is it a portent? Out of the bathtub pops Charlie, coming to, face intact, roused by dad Vincent D'Onofrio to visit the hospital to see his mom, Melissa Leo, taken off life support.  Charlie not only has vivid dreams, he seems to have a sixth sense, as dead mom then visits him in the hospital corridor to tell him to "Go to Bucharest." And yes, "are you sure she didn't mean Budapest?" does become a running "joke" in the movie. After a brief pause to bother an ex-girlfriend played by Aubrey Plaza, there's Charlie on a plane.

How he comes to meet non-manic somewhat-damaged pixie almost-literal Dream Girl Gabi is a scenario that would not be enhanced by synopsizing. But meet her he does. She's played by Evan Rachel Wood (who's fine, despite the fact that there are maybe a hundred actual Romanian actresses who would have been fine too), and she's all punky and dour of countenance, and she plays the cello. Charlie, of course, falls for her like several years' worth of output from a brick fantasy. Skeptical Gabi warns him off: "Perhaps you have some sort of fantasy about sad woman from distant land who plays the cello." Perhaps a smart producer might have informed writer Matt Drake and director Fredrik Bond that self-consciously pointing out the hoariest commonplaces in your dumb hipster romantic fantasy doesn't automatically absolve you from them.

And Gabi has a husband, who's a Very Bad Man With Poor Social Skills (Mads Mikkelsen, who need only glower a lot to achieve full Mikkelsen effect), and Charlie gets kicked over to a youth hostel (a really grungily utopian youth hostel, I gotta admit) where he kicks it with Harry Potter vet Rupert Grint, here playing a wannabe porn performer (that's ONE way to distance yourself from the franchise). Later, in a great "what are the odds" "twist," Charlie and friends get in trouble at a strip club run by a former associate of Mikkelsen's character (Til Schweiger, completely wasted), and the plot, as they say, thickens.

As you might have inferred by now, I found all of this pretty insufferable. And Shia LaBeouf, in the title role, only made it all worse. Over the years LaBeouf has transmogrified from an appealing teen performer (I really enjoyed him in 2003's "Holes") into a too-efficient delivery system for overamped Michael Bay smarm. His compensating attempts at indie cred, or something like it, seem less convincing every time out, and his performance here is particularly lame. He reminds me here of Chuck Jones' obnoxious cartoon character Charlie Dog, who aggressively seeks an owner by pointing out his own "soulful brown eyes," which he then widens to disarming-in-the-wrong-way effect. The rest of the cast does, I think, more sincere work, but again, as they do, you can't help but wonder why. Because this is bad stuff, from stem to stern. 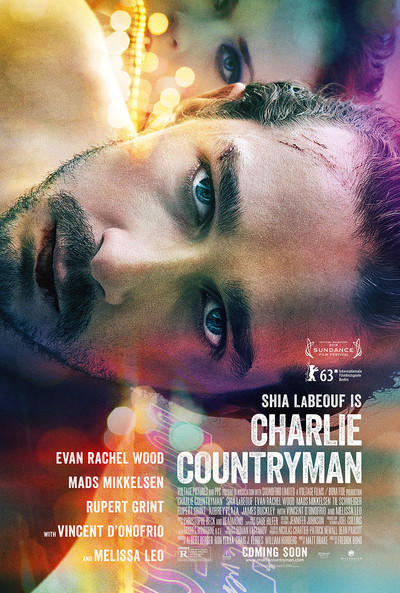 Til Schweiger as Darko