Sidney Lumet made 44 films in 50 years. That kind of prodigious output would be impressive even if he was merely turning out for-hire studio work, but any film buff worth a conversation knows that’s not the case with Lumet, who not only made films for five decades but made films that mattered. Famous for a social conscience reflected in films like “12 Angry Men,” “Dog Day Afternoon” and “Running on Empty,” Lumet was also a consummate “actor’s director” and an underrated craftsman. I was honored to be asked to appear on the Director’s Club podcast earlier this year in an episode devoted to the man, which allowed for a marathon of rewatches of a dozen or so of Lumet’s films, and the scope of his talent remains breathtaking, from his first film to his last. So how could a movie possibly capture that vast of a career in only 100 minutes? Nancy Buirski’s “By Sidney Lumet” is a gift to fans of the art of film directing. It is beautifully constructed, not as a chronological biography of a directorial legend but as a thematic exploration of his work. Comprised mostly of an interview conducted just a few years before his death, “By Sidney Lumet” won’t just make you want to revisit his works but reappreciate the role of a great director in cinema.

Given the breadth of his accomplishments, it may come as a surprise how often a very humble Lumet speaks of luck. He recognizes how much of his best work came about because of the right contributions from the right people at the right time. All art has a degree of blessed coincidence, and it’s surprising how much Lumet begins the film discussing this element of his career, such as when he was tapped to direct “12 Angry Men.” He also speaks at length about his upbringing in Yiddish theater, and a strict father, who was also an actor. Buirski works thematically in the construction of her film—for example, she’ll go from a story about Lumet’s father to a scene from “Daniel” or “Running on Empty,” illustrating how Lumet’s life experience influenced his filmography. By avoiding the so-typical construction of chronological biography, Buirski gets at something much deeper: the “chapter” of Lumet’s life about his father didn’t end when his dad passed but was reflected throughout his career, all the way to the dynamic between Philip Seymour Hoffman and Albert Finney in “Before the Devil Knows You’re Dead.”

“By Sidney Lumet” doesn’t skimp on technical or filmmaking anecdotes as well. One of my favorite films of all time, “Dog Day Afternoon,” sparks a discussion of color palettes, and how he purposefully didn’t use one in that movie to keep it as realistic as possible. As he says, the worst-case scenario would be for the audience to not identify with Al Pacino’s character because he was gay, so he had to ground the film as realistically as possible visually to amplify the commonality. To that end, there was no costume design. Everyone wore their own clothes. Buirski also doesn’t shy away from showing extended clips, including a scene with Pacino to serve as an example of the truth of his performance, one of my favorites of all time.

Clearly, I’m a Lumet fan, so here’s where I have to step back and wonder if “By Sidney Lumet” would work for those who aren’t. While the thematic assembly is invigorating for those of us who know his career and biography chronologically, it may be off-putting or even frustrating for more casual fans. And sometimes it does feel like the balance can be slightly out of whack. It’s well over an hour before we get to anything related to “Network,” “Prince of the City” or “The Verdict,” and one could easily do a full documentary on those three films alone. For non-Lumet fans, it may be too much of one thing. For Lumet fans, it may be not enough of his best work.

It’s impossible to capture every facet of a career as vast and influential as Lumet’s in one interview documentary, and I would argue that Buirski isn’t really trying to do that. She doesn’t speak to collaborators of Lumet’s or those influenced by him. This is not that film. It is a conversation, one of the last of its type, with a master filmmaker. Personally, I wish we had more of them. 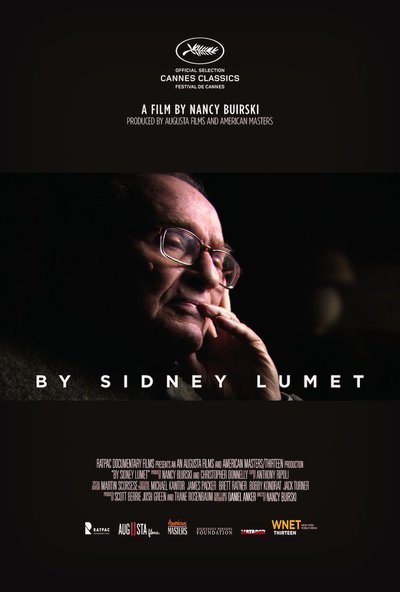 Sidney Lumet as Himself