At a certain point in "Braid," a psychological thriller about three young women who've been friends since girlhood doing unspeakable things to each other in a spooky old mansion, there comes a scene that, in context of everything that led to that point, makes zero sense. Then comes another nonsensical scene, and another, and another, each seemingly disconnected from the scene that preceded it. Plot, logic, continuity, become more meaningless than they were already, which is saying something. It's as if the movie itself has lost its mind.

And it was at that point, dear reader, that the reviewer fell in love.

None of this is meant to suggest that "Braid" completely implodes, or somehow "loses it," or that it abuses the audience's trust, or takes its attention for granted. The movie is up front about the fact that it's the kind of story where anything can happen, and that the writer/director, first-time feature filmmaker Mitzi Peirone, isn't going to worry whether you approve of how she presents things, only that the presentation has an impact.

"Braid" opens with flash-forward of the three women burying a body in the forest. Then it follows two of them, drug-dealing best friends Petula Thames (Imogene Waterhouse) and Tilda Darlings (Sarah Hay), as they flee a police raid and the dealer to whom they owe $85,000 (the cost of the drugs he fronted them, and that now belong to the cops). The bulk of the movie takes place in a mansion in the woods, owned by the third friend, Daphne Peters (Madeline Brewer), a reclusive psychotic who inherited the place from her grandparents. Petula and Tilda have gone there to steal Daphne's inheritance cash from a safe in the house so they can pay back the dealer. Daphne expects her guests to play the same game they played as girls, where she's the domineering "Mother," Tilda is the "Child," and Petula is the visiting "Doctor," and there are ironclad rules that have to be followed, including "No One Leaves" and "No Outsiders Allowed."

A good part of the movie follows Daphne, Petula and Tilda as they play their familiar childhood game, or appear to. Sometimes the two visitors sneak around the mansion, trying to figure out the location of Daphne's safe and deduce its combination from contextual clues. A local police detective named Siegel (Scott Cohen) snoops around, asking if Daphne has seen her two old pals, whose mugs adorn a "Missing" poster that's been stapled up all over town. Brewer, best known from "Orange is the New Black" and "The Handmaid's Tale," and Cohen, of "Billions" and "The Americans," share a darkly amusing scene reminiscent of a moment in a Hitchcock thriller where an investigator knows someone is guilty of a crime and lets them know it. The detective offers Daphne his condolences on her grandparents' deaths: "It's terrible how they passed together. And so suddenly." Daphne acts like somebody who hasn't left her house in years and is hiding something. She snips at a vase full of flowers, giggles at things that aren't funny, and covers her ears when the detective says things she'd rather not hear.

None of the characters are charming, or even likable. But this is no accident or byproduct of inattention. It's part of the film's design. "Braid" affects a punk-rock nonchalance about how irredeemable its heroes are (the detective is a pill, too) and seems to dare us, and itself, to find their psychological and sometimes physical torturing of each other horrifying (or moving) regardless.

By the end, I wasn't moved. But I was impressed by how the disparate parts that didn't seem to work together actually did. Once you realize that the movie had a specific destination in mind all along but chose not to go there in a conventional way, you may appreciate its seemingly heedless confidence—the way it seems to be skipping, somersaulting and sprinting through the tale, showing off at every turn with its alternately sumptuous and grotesquely distorted widescreen visuals (by cinematographer Todd Banhazi), its dagger-slash editing (by David Gutnik), and its superheated music (by Michael Gatt), which blends elements of classic Hollywood melodramas and neon-lit 1980s thrillers.

If you sit through the whole thing a second time, it'll feel more coherent, and the re-watching will explain a lot about the characterizations, the tone of the performances, and the script's disinterest in consistency and realism. The experience won't retroactively add depth to the characters, mind you—they're all essentially insects whose wings that the film can pull off, then restore, then pull off again—but you'll see the vision more clearly. "Braid" doesn't fret over adhering to real-world logic, preferring instead to follow the emotional logic of dreams, to the point where you may feel as if you're seeing someone else's dream, as if via tap inserted into their sleeping brain. Some of the greatest directors work in that mode.

Peirone isn't there yet—her characters are psychologically thin, defined more by what they say about each other than what we observe of their behavior, and the performances and direction aren't modulated enough: the emotional volume starts at a 9 and rarely dips lower. But at its best, Pierone, her actors, and her filmmaking collaborators cook up something that feels like a potluck stew of "Heavenly Creatures," "Whatever Happened to Baby Jane?", "Spring Breakers," the original "Oldboy," and the scene at the end of "Rebel Without a Cause" where three lonely teenagers play house in a vacant suburban home. What sort of mind would concoct something this peculiar and undeniably personal, and fill it with gaslighting, torment, torture, disfigurement, murder, slapstick, and scenes of adults playing dress-up like kids? I came away feeling that I'd seen, if not a major film, then a film by major talents. 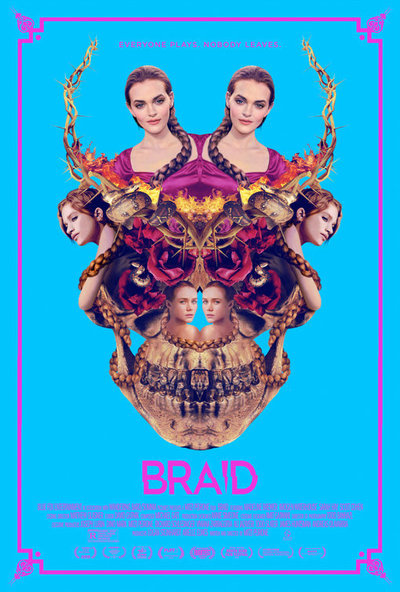