A candy-colored fever dream is the most unforgettable movie of the year so far.

Yes, I'm talking about "Spring Breakers," that movie where those former Disney stars spend every waking moment on the verge of bursting out of their bikinis and short-shorts as they gyrate their way through a week of drinking, snorting, sniffing, tonguing, robbing, laughing and sometimes crying in St. Petersburg, trying to create the all-time memorable experience before they have to return to their drab lives in Kentucky.

The always-polarizing Harmony Korine ("Kids," "Gummo," "Trash Humpers") films "Spring Breakers" as if seen through the hazy, hyped-up viewpoint of the 21-year-olds (and younger) who flock to Florida every April, leaving the pressures of campus life behind and reveling in hedonistic rituals involving heavy doses of public nudity, sexual humiliation, anonymous hookups and copious amounts of over-imbibing.

Korine's camera is nearly an intrusive weapon as he lingers over the soft, limber bodies of Vanessa Hudgens, Selena Gomez, Ashley Benson and his wife, Rachel Korine, as four lifelong friends who spend at least as much time caressing one another as they do in search of male companionship. There are moments when you feel as if someone's going to tap you on the shoulder and say, "What are YOU looking at?" I think that's sort of the point. When a pre-med student on spring break loses her top, drinks to the point of passing out and grabs a willing lugnut by the ears for six hours of anonymous fun, is she setting the woman's movement back 40 years, or taking charge of her life like any man would do at that age?

At times, "Spring Breakers" feels as if the pervier cousin of Joe "Girls Gone Wild!" Francis filmed it. On other occasions, you feel as if you're experiencing raw, mad, avant-garde genius at work. When you're a filmmaker and you've got James Franco as a metal-grilled rapper-gangster singing a tender version of Britney Spears' "Everytime," accompanied on vocals by three nubile, mask-wearing nymphets on the verge of a crime spree, you've got something original swirling in your brain and you've effectively put it on the big screen.

Korine indulges in a number of stylistic flourishes, from the hand-held camerawork that sometimes looks like it was shot on an iPhone to the repetition of certain phrases in voiceover, to the self-conscious gimmick of transitioning nearly every scene with the sound of a gun going off, or a gun being cocked and loaded.

His choice of music is brilliant. His sense of humor is wicked. And the casting is so spot-on, it's sick.

With spring break just around the corner, Faith (Selena Gomez), Candy (Vanessa Hudgens), Brit (Ashley Benson) and Cotty (Rachel Korine) have managed to save a total of only $325, well short of the funds needed for a week's worth of hotel stays and beer-bonging. Desperation is the mother of felony, as the girls demonstrate when they rob the local chicken shack, smashing up the joint with hammers while pointing water guns at employees and customers.

For the first 40 minutes or so, "Spring Breakers" is thick with style and light on plot, as the girls tool around town on rented scooters, indulge in all manner of chemically altered behavior and spent quiet sunsets with their arms draped around one another, talking about how they'll never forget the awesome awesomeness of this moment.
But then they're arrested, cuffed, jailed and have to appear in court — never even having the opportunity to throw on a cover-up. Even when appearing before the judge, the girls are in their neon-colored bikinis.

That's when "Spring Breakers" takes a hardcore right turn. The girls are bailed out by "Alien" (real name Allen), a gangster rapper about 10 percent rapper and 90 percent gangster. Alien is a clown with a stupid car and idiotic twin henchmen, but apparently he's quite successful, judging by all the cash and weaponry in his pad. (In one of the great comedic monologues in recent memory, Alien keeps saying, "Look at my s---," as he shows off everything from weaponry to cologne.)

Franco is nothing short of great. You want Alien to have his own movie. How did Alien become Alien?

Of the four young women, Gomez's Faith has the closest thing to a back story: she's a devout Christian, devoted to her grandmother, but torn between prayer circles and the desire to party with the girls she's known since pre-school. The other three are mostly interchangeable, with Hudgens giving the most interesting performance as a girl from the wrong side of the tracks who seems to have lost her conscience along the way.

"Spring Breakers" challenges us to think about the hedonistic hell that of that annual ritual, as it segues from party film to insane crime story. It's self-indulgent, it's funny, it's dark, and it's always provocative.

The Loneliest Boy in the World 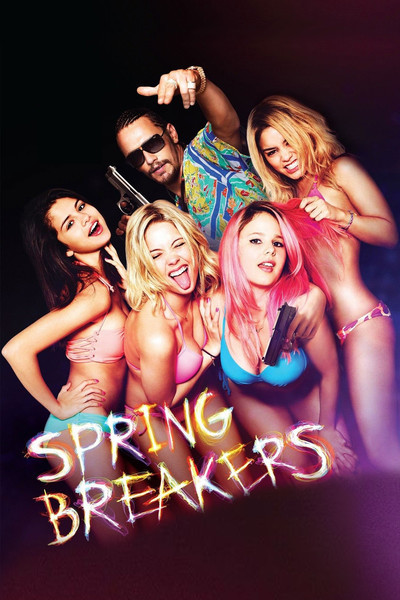 Rated R for strong sexual content, language, nudity, drug use and violence throughout