“When I was a girl and we drove past the coal mines it seemed like a storybook to me,” the lead character of “Big Stone Gap,” rather amusingly named Ave Maria Mulligan, says at the beginning of this movie, written and directed by Adriana Trigiani and based on her popular novel of the same name. The movie’s title is also the name of the small town in Virginia it depicts and was apparently shot in. “Life was simple” there, Ave Maria tells us, and we can believe it.

Ave Maria, played by Ashley Judd, relates to the viewer that in 1978, the year she turned 40, she was the official town spinster of Big Stone Gap. Although for the first twenty minutes or so, one gets the impression she doesn’t seem to mind much. She’s the director of the town’s annual theatrical production of “The Trail Of The Lonesome Pine” and rehearsals are going well and the show is close to selling out. She is capable of flirting productively with the town’s best looking eligible bachelor Jack (Patrick Wilson) and has solid friendships with other fellows in the town, including theater cohort Theodore (John Benjamin Hickey). She has nifty female pals played by Whoopi Goldberg and Jenna Elfman. She’s friend to the local outcast young woman Pearl. She lives in a big old house with her wonderful, Italian-accented mom.

Who, alas, dies in the aforementioned first twenty minutes. “No one worries about you like your mother,” Ave Maria says in voiceover. “You can’t turn to her anymore and it changes your life forever.” Ain’t it the truth. Also changing Ave Maria’s life: the revelation of a family secret, the threats of a nasty quasi-in-law, and the prospect of Jack’s marriage to a local hotsy-totsy who’s such a hotsy-totsy that she actually goes by the name “Sweet Sue” (Jane Krakowski). And turning the whole town’s head is the prospect of a visit from a senatorial candidate named John Warner and his movie star wife Elizabeth Taylor. (And yes, this event is a historical fact, and a somewhat notorious one, as the movie shows, or as you can find out via a computer search engine).

The movie ambles along amiably enough for a while; it’s better if you are a fan of one or more members of the cast. Judd brings her “Where The Heart Is”/”A Time To Kill” A-game to the proceedings, Goldberg doesn’t overdo her friendly comedy relief, Elfman is bubbly, Krakowski dry, Wilson handsome. Jasmine Guy turns up, looking rather remarkably like Ruby Dee. The movie puts its foot in a big pile of goofy when the character of “Elizabeth Taylor” makes herself known as a bouffy wig on actress Dagmara Dominczyk, always shot from behind. This coincides with a ramping up of the movie’s romantic comedy content, and if you are not on board by this time, you might find yourself nodding in vigorous, non-ironic agreement with Goldberg’s character at the point when she observes, “This is the dumbest wedding I’ve ever seen.” 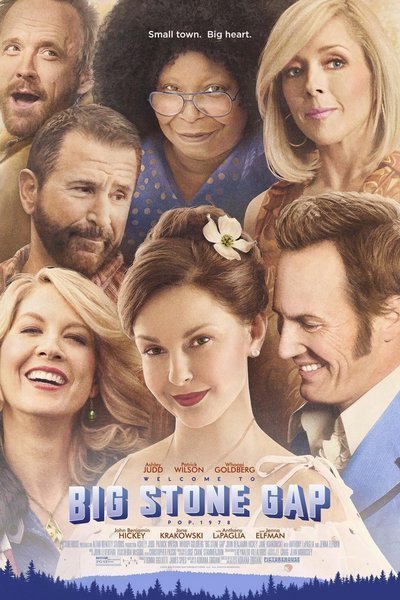