Watching this bloated, meretricious, unfunny, strained, and ultimately trite black comedy/fantasy, one may remember the phrase that the 1960s suburban mother and housewife who lives in all of our heads would use after being exposed to a psychedelic rock tune: “Well, that was different.” Except, well, it really isn’t.

“Big Gold Brick” opens with the image of Sam Lifton, its ostensible protagonist, in his schlubbiest incarnation. He’s floating in space, the result, we later learn, of being struck by a car. In voiceover Sam says, “I never believed in fate, destiny, kismet, whatever you want to call it.” Indeed. How does he get hit by a car? He leaves his apartment and catches a bus out of town, to the accompaniment of the King Crimson song “Red.” After leaving the bus he wanders the streets, and Andy Garcia’s Floyd, eating ice cream in his Cadillac, plows right into him.

We know things are going to work out okay, sort of, for Sam, because the movie is flecked with scenes in which he is less schlubby, has better hair (for most of the movie it is long, helmet-like where it’s not stringy) and is recording an audiobook or giving a reading or talking incredulously to a publisher. His account of his acquaintance with Floyd, entitled “Big Bricks of Gold,” is destined, so to speak, to become a literary event.

But for most of the movie Sam, played by Emory Cohen, comes off like a combination of a tormented H.P. Lovecraft protagonist (he’s super ticcy), a young Sam Kinison, and “Bighead” on “Silicon Valley.” He’s supposedly a writer, but there’s not much lit talk here, which is maybe a blessing. Because the level of pretension in this movie, written and directed by Brian Petsos, is high enough without it.

Floyd is mortified over having hit and grievously wounded Sam. In the hospital, he offers Sam a deal: free room and board at his roomy suburban semi-manse, and $500 cash a week, in exchange for Sam writing Floyd’s biography.

Floyd’s family is a motley one. Because of course it is. His second wife Jacqueline, “a successful attorney” in Sam’s description, is played by a not-up-to-much Megan Fox. Tween son Edward (Leonidas Castrounis) is a death metal fan perhaps into vivisection. Teen daughter Lily (Lucy Hale) is a former musical prodigy who stepped down from the ladder of success by finishing a recital by smashing her violin and smearing her lipstick like David Bowie in the “Boys Keep Swinging” video. Of course, at one point Jacqueline attempts to seduce Sam. Of course, not because it’s even vaguely plausible, but because this is just the kind of self-anointed-male-genius opus in which this sort of thing has to happen. (It’s possible, one supposes, that the seduction scene, and the idea that Lucy also finds something attractive in him, are Sam’s delusions. But I challenge you to care enough to make a decision on this.) When he’s not being improbably semi-seduced, or listening to tall tales from Floyd, Sam is tormented by vivid nightmares and indeed day-mares, like a talking Santa doll in the in which bedroom Floyd has installed him.

As it happens, if you’re interested in some kind of auteurist personal thread, there’s a talking stuffed monkey in “Lightningface,” the 2016 short film that Petsos directed, one of two boorish shorts (the other is 2014’s “Ticky Tacky”) on which Petsos and actor Oscar Isaac collaborated. Isaac appears here as well, as a mysterious malefactor who takes hits from an inhaler and talks in a sort of Strangelove speak and shoots a guy he says is his cousin, after which he says to Sam and Floyd “If I would do that to him ... my cousin,” which is a bit of a riff on Mark Rydell’s bit in Robert Altman’s “The Long Goodbye.”

Like many of us, Petsos has seen a lot of movies. But unlike many other film enthusiasts turned filmmakers, he hasn’t figured out anything useful to do with his influences. There are threads in this movie that suggest Richard Kelly, Wes Anderson, David Lynch, the Coen brothers, and more. And the music cues here, and in Petsos’ shorts, are very nudgy. (Apropos Crimson’s “Red,” Petsos actually edits it, poorly, for length in the first sequence it’s used. This was a bad call when Scorsese made it with Mott The Hoople’s “All The Way From Memphis” in “Alice Doesn’t Live Here Anymore,” and it’s a bad call here.) And there’s not much else. Feature-length failures as abject as this one are almost frightening, in part because one worries about what kind of a snit the director will be working out if/when he gets a second shot. 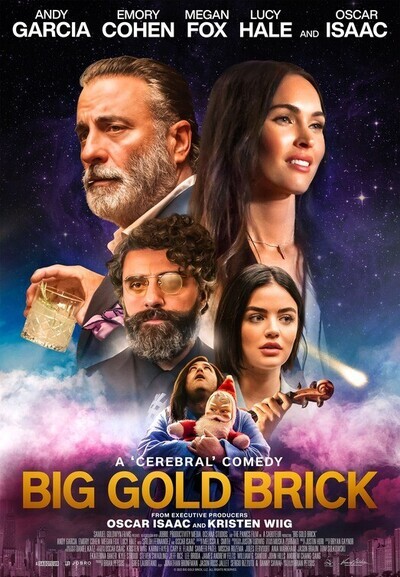