The intentions behind "A Boy Called Po" are not only good, but honorable. In this story of a young widower dad raising an autistic son, screenwriter Colin Goldman's clear intention is to chip away at some of the stigmas associated with people—particularly children—on the autism spectrum. "A Boy Called Po," directed by John Asher, has some problems, although it always feels a little unfair to criticize a movie like this. The script tries to do way too much, but the film also moved me quite deeply a couple of times, mostly in the scenes between father and son. In multiple scenes, doctors and therapists explain various treatments, and what aspect of autism they were designed to address. The language is quite technical, but for those not familiar with this world, these sequences may be enlightening. And then there is the presence of the mighty Burt Bacharach, who contributed the score for the film, his first original score in 17 years.

In the opening sequence, David Wilson (Christopher Gorham) is shown standing over his wife's casket, and then crying alone in bed. His son Patrick (Julian Feder), "Po" for short, is shown wandering around a playground, casting a long shadow, lost in his own world except for the moments when he's bullied by a bigger kid. This sequence goes on for quite some time, all as Bethany Joy Lenz sings Burt Bacharach's monster hit "(They Long To Be) Close To You," made famous initially by The Carpenters. If you didn't know Burt Bacharach's involvement in "A Boy Called Po," the foregrounding of the song in these opening scenes might be confusing. It's a music video, essentially. But we'll get back to Bacharach.

Po is a very smart kid: the blackboard over his bed is covered in complex math and he reads the stock pages of the Wall Street Journal. But he is a handful. In the wake of his mother's death, Po has retreated and regressed. His school can no longer deal with him. The principal suggests to David that maybe mainstreaming Po with the other kids is no longer a viable option. David is overwhelmed juggling work and fatherhood. An engineer, he is racing to meet a deadline with his design for a hybrid aircraft. The pressure is on for him to deliver. His boss is losing patience. But how can he focus on work when Po's school calls every other day with some new issue?

Po drifts more and more into a dream-world, manifested in the film as a sunset-lit beach, or a green forest, where Po meets up with a pirate, or a cowboy, or a knight (all played by Andrew Bowen). In the dream-world, the pirate/cowboy/knight looks to Po for advice or help with things. Po is treated with respect. In the real world, David finds it harder and harder to connect with his son. Po "drifts" farther and farther away. The scenes between father and son are considered, complex, and authentic.

The main subplot, however, involving David's airplane project, takes up too much space, with additional symbolic meaning heaped onto it. For example, it's not enough that David struggles to keep his job, dealing with his boss' displeasure about all the days where he has to leave early. That's a valid enough challenge, and should be good enough to get the point across, but in "A Boy Called Po," David is working on a plane that will revolutionize how we fly, and help stop global warming too. "Will he or won't he finish his important plane?" feels like a question being asked by another movie. We're supposed to feel the loss (to humanity) if David gets fired. It's too much. The film trips over its own feet with this overreaching subplot.

Burt Bacharach, three-time Oscar winner, six-time Grammy winner (plus a Lifetime Achievement Grammy), needs no introduction. His scores include "What's New Pussycat," "Lost Horizon," "Arthur," and—most famously—"Butch Cassidy and the Sundance Kid." He has composed some of the most famous songs of the 20th century, sung by some of our most distinctive singers: "Raindrops Keep Falling on My Head," "I Say a Little Prayer," "The Look of Love," "I'll Never Fall In Love Again," "Arthur's Theme," "That's What Friends Are For." In 2015, Rolling Stone ranked him #32 in their 100 Greatest Songwriters of all time. Burt Bacharach is 89 years old. In 2007, his daughter Nikki—who had gone undiagnosed with Asperger's—committed suicide at the age of 40. Asher reached out to Bacharach for licensing rights to "Close to You," but Bacharach, after seeing the film, decided he wanted to write a score for it, as well as a theme song, in tribute to his daughter. Bacharach's music in "Po" is a gentle and melancholy piano, holding the sometimes awkward pieces together, underscoring the emotions, never pushing them. It's a beautiful contribution, and worthy of being singled out, considering Bacharach's status.

The recent "Life, Animated," a documentary showing Owen Suskind's journey from incommunicable child to confident public speaker, via his love of Disney characters, went a long way towards shattering stigmas around people with autism, and it did so with humor, and with an honest portrayal of the challenges families face. It did not soft-pedal the negatives. "A Boy Called Po" is clearly a personal project for everyone involved (many of them have autistic children themselves), and it mostly does what it set out to do. 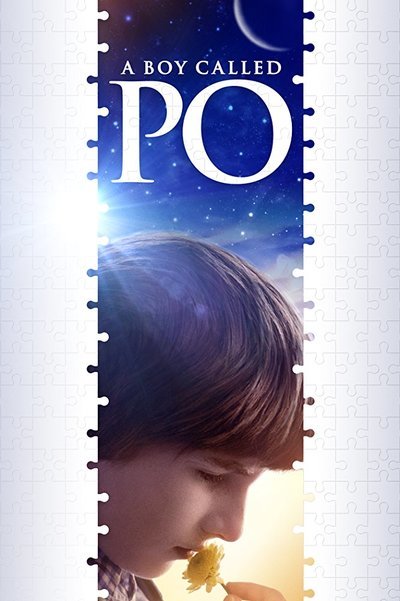