The Look of Love

In "The Look of Love," a  new biopic about British pornographer Paul Raymond, director Michael Winterbottom and screenwriter Matt Greenhalgh modestly defy the narrative conventions that they themselves use. While its creators don't go far enough to deflate their protagonist's ego, it's a smarter-than-average rise-and-fall narrative.

Winterbottom and Greenhalgh only seem to go easy on Raymond (inspired comedian Steve Coogan) because their film is told from Raymond's perspective. He's presented as a self-absorbed man who has spent all of his life in the public eye refusing to be introspective. Raymond puts on a show whenever interviewed by tabloid journalists. He over-uses anecdotal catchphrases like, "Not bad for a boy from Liverpool that came here with only five bob in his pocket," and insists that no press is bad press. Raymond also refuses to admit that he is a pornographer, even if he owns several strip clubs, finances all-nude theatrical revues, and distributes a Playboy-type magazine called Men Only.

But throughout "The Look of Love," Raymond thinks back to the events that led to his daughter's suicide. In the film's opening scene, he's asked by a mob of journos why his daughter Deborah (Imogen Poots) was unhappy. It's the one time Raymond's caught off-guard in the film, and he never recovers from it. Instead, he spends the rest of the film blankly replaying events in his head. At this point, Raymond is the richest man in England. But, as the film banally concludes, he only made so much money because he blithely broke off any and all emotional entanglements in his life.

Raymond's tabloid-friendly life is treated as more of a tragedy than a comedy. So in a weird way, it's fitting that scenes that remind us that we're watching a series of flashbacks aren't really important. When he stares off into space, Winterbottom and Greenhalgh remind us that this is Raymond's story as told by their version of Raymond. The vacant look on Coogan's face during these brief scenes suggests that Raymond isn't really reflecting on his mistakes. According to Winterbottom and Greenhalgh, this is as close to introspection as Paul Raymond will get. That conceit makes the film's anti-materialist coda even more heavy-handed, slamming Raymond for wanting to be England's Hugh Hefner.

That said, "The Look of Love" takes off whenever Raymond obliviously shuns his family, colleagues, and loved ones simply because he can't deal with them. His relationship with Deborah is especially bittersweet, as in the scene where she bawls that he won't let her sing in an otherwise all-nude musical revue. He bullishly insists that has to cancel the show because, "it's hemorrhaging cash." This is the highlight of the film, though there are several runners-up, including the scene in which Raymond discovers his daughter's cocaine habit, and insists that she only buy the highest-quality product.

Raymond may not care for his wife, son, mistress, and co-workers, but he does love Deborah. Then again, Raymond treats everyone like yes-men that exist only to please him. If he can't charm the people he cares about, Raymond wants nothing to do with them. Thankfully, Deborah loves her dad, even if her love is proportional to how much he lets her get away with.

The whirlwind pace of "The Look of Love" is a double-edged sword. Raymond doesn't want to examine his life too closely, and neither do Winterbottom and Greenhalgh. They allow anecdotal detail to illustrate Raymond's callousness, which would be more problematic if they didn't have a great collection of Raymond-related stories to tell, like when Raymond toasts his daughter at her wedding, or when he tapes a television interview with her.

This last scene is quietly devastating, but it only really pays off if you don't mind that Winterbottom is making a facile point: Deborah died because she wanted to be like her father. At first, we see Deborah talking to the interviewers about her father: "He's my best friend, really." Then Winterbottom's camera reveals that Raymond is seated a few feet away from her while she's talking about him. So of course the next lines out of her mouth ruin the illusion of Deborah's sincerity. She asks the interviewers' cameraman, "Can you tell that [my breasts] are fake?"  "I can't tell," the cameraman says. "I wasn't looking too closely." 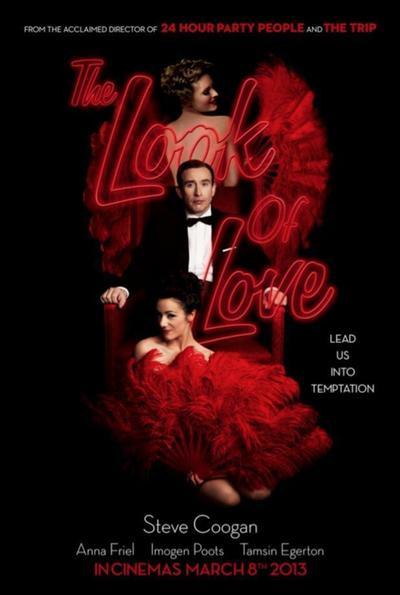