Michael Shannon is one of the best working actors. He is fearless, and willing to tackle a unique array of characters from blockbusters like “Man of Steel” to independent films like “Take Shelter” to television like “Boardwalk Empire,” never straying far from his stage work at the same time. As of Friday, he’ll have two films in major markets—Ramin Bahrani’s “99 Homes,” which opened last week, and Peter Sollett’s “Freeheld,” co-starring Julianne Moore, Ellen Page and Steve Carell, opening October 2. In “Freeheld,” Shannon plays Dane Wells, the cop partner of Laurel Hester, a woman who fought for pension rights to be granted to her lesbian life partner in a case that would help pave the way for the gay rights advancements we’ve seen in the last five years. Shannon is as fascinating in person as you’d hope, carefully considering each question before giving well-considered, honest responses. He sat down with us in Toronto on the eve of the premiere of “Freeheld” to discuss craft, his history, his co-stars, and even a few surprising thoughts about “Boardwalk Empire."

I want to start with how your process as an actor changes, or if it changes, when you’re playing a real person as you are in “Freeheld.” Does it define things for you differently in terms of how you approach your craft?

Oh, yeah, certainly. You want to be respectful, but it can even be different between playing an icon versus playing someone like Dave Karnes in “World Trade Center” or Dane in “Freeheld.” They’re people, very important people who have done significant things, but they’re not, you know, cultural icons. The first thing I did when I was getting ready to do this movie was I went and met Dane. I knew the second I laid eyes on him that I wasn’t going to be able to transform into him. We’re very different people. I asked Dane how he felt about that, and Dane said “I understand. I wouldn’t expect that. But I’m still glad it’s you doing it. I feel like you’ll be able to bring the depth to it that I would hope for.” He had seen me on some episodes of “Boardwalk Empire.” He approved of my casting.

Is that important to you? 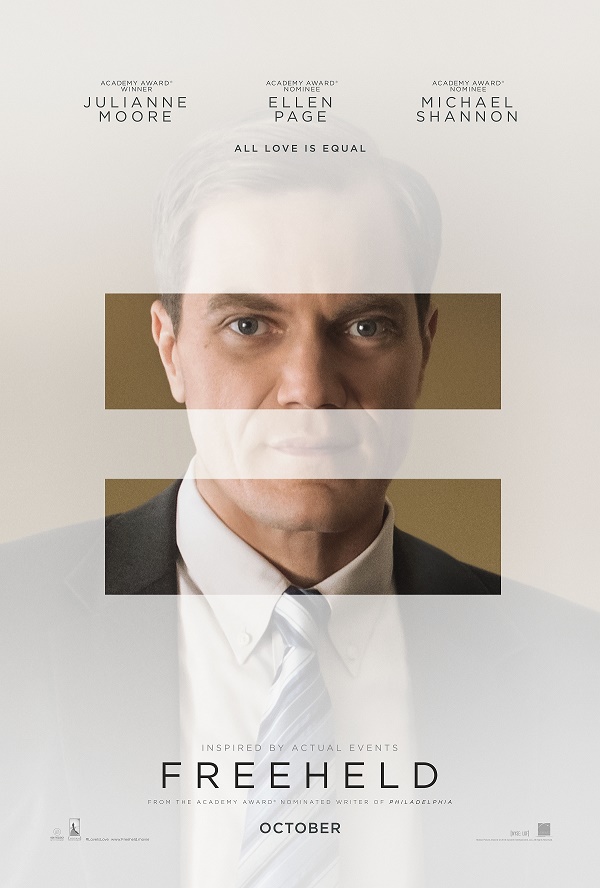 Did you speak to him after that time? Check in?

Oh, yeah, he would come to the set. He was very happy. There were some things in the script that I think bumped for him. There was one scene I remember where Dane gets very upset. In the script, as it was written, he calls somebody a curse word. Dane would never come up and say anything, but I could tell he was a little uneasy. I went up to Dane and said, “You don’t like when I say this, do you?” He said, “No, I wish you…” I said, “It’s not necessary.” He doesn’t curse. He just doesn’t curse, which I find fascinating. Here’s a guy who spent decades tangling with criminals, and I’m sure if he was undercover he’d probably swear if he had to. But in his own personal life, he doesn’t do it.

With this and “99 Homes” opening only a week apart, you have two films that are, for lack of a better phrase, culturally important—they both have messages, they both have something to say. Do you think it’s important to do that as an artist? To be involved in projects that have cultural impact or social impact?

Is it something you seek out?

Definitely. It goes back to the origins of why we do this at all. Oftentimes, I ask why we make movies at all. Why do people watch movies? What’s the point? You could be doing something else. You could be in the garden, or spending time with your kids. I hope when I spend so much time working on something that at the end of it the result is something that is beyond simple entertainment; that it has some sort of significance. I don’t necessarily have anything against entertainment. And I think both of these films are also entertaining. They’re not lectures. They’re very visceral. You can’t just have a message. There’s got to be more than that. If it’s just a message without the drama, why would anybody pay attention?

Let’s talk about Julianne Moore a bit. How is she different than other actors you’ve worked with? How does she approach things differently?

[A pause]. I don’t even know where to begin. There’s definitely a craft to what we do, and you pay attention to the details and the mechanics of people, but I think what really makes Julianne special is her heart. She cares so deeply about her characters. And it’s not melodramatic. It’s not like she’s trying to prove that she’s a great actress. It’s deep within her. And it’s not something she has to agonize over. The funny thing about Julie is that when you’re working with her all the way up until “Action,” she’ll talk about something completely off-topic. She’ll be like, “Anyway, I was just, you know, we went to the restaurant ... and what do you think about this ... ” And they say “Action,” and she just [snaps fingers] fucking snaps right into it. Like, "bam." Usually when you hear about people like that they tend to be at the top echelon of actors. You’ll hear that as a description of them—at the drop of a hat they can just snap into it. 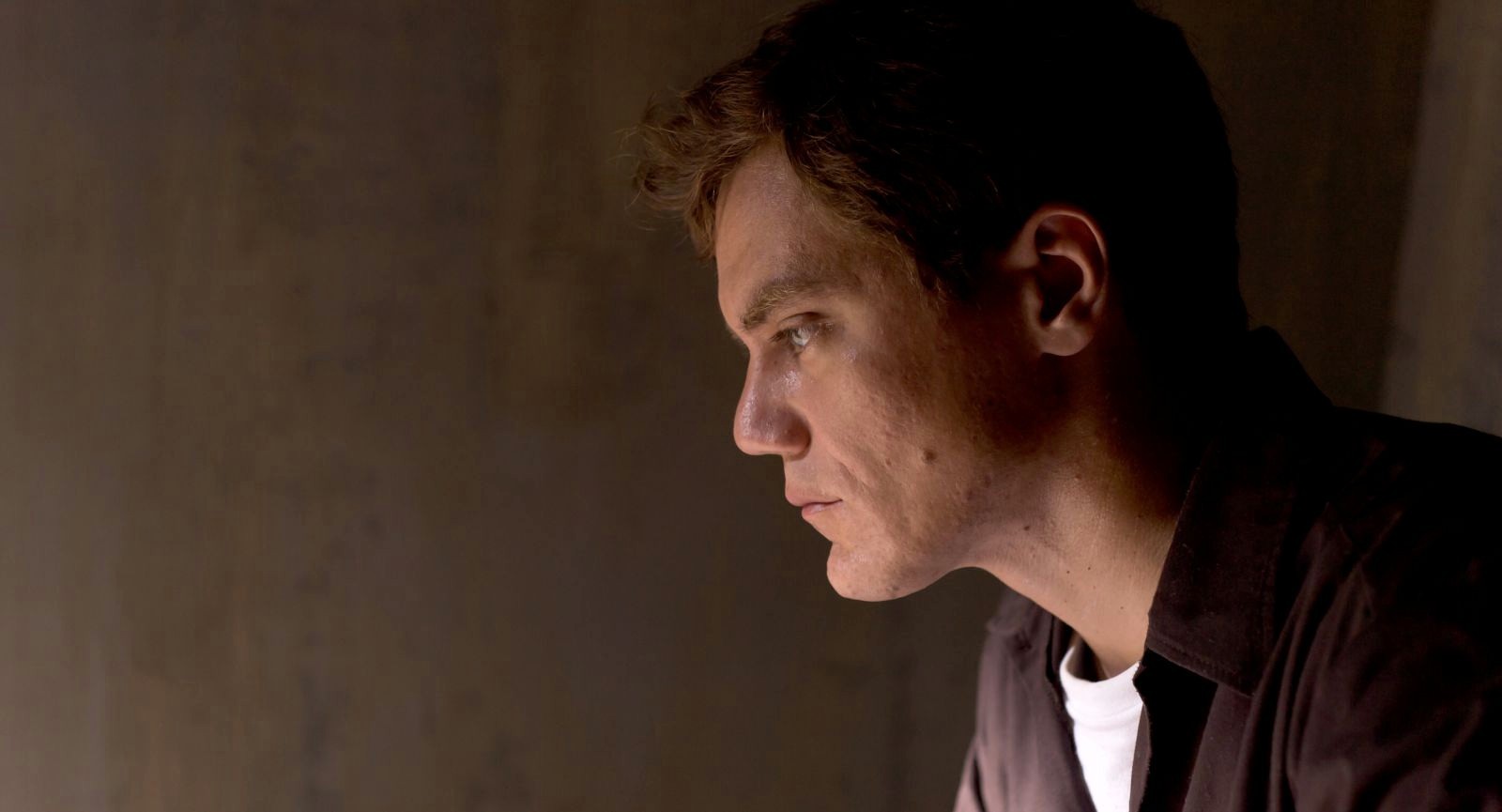 Do you have to go more method?

I’m not necessarily method, but I’m not “chatty.” Look, nobody ever becomes somebody else. That doesn’t happen. For me, I’m thinking about the story, whatever scene we’re shooting and how it fits in. Why is this scene in the movie? Why do people need to see this scene? I look at it as an actor is as much a storyteller as the director and the writer. It’s storytelling. You’re sculpting that by what you do in front of the camera. You’re guiding the audience’s journey.

Is it challenging to break out of a character that could be emotionally or physically draining? I’m thinking of something like “Take Shelter” or “The Iceman.” Is it hard to switch that kind of darkness on and off?

If so, very briefly. It’s definitely not an overnight. I’m always so relieved at the end of the day to be leaving. I’m ready to go.

I’ve talked to some actors who say it’s hard to shake the serial killers, the violent characters. But not for you?

[Shakes head]. No. It’s funny, when we were shooting “The Iceman” in Shreveport, LA, they put me up in this house that had an arcade game. It had all the games from the ‘80s in it. It had like 50 games. So I would just go home and play that [laughs]. Honestly, for me, I would rather conserve my energy. I don’t see the point of staying in character if you’re not in front of anybody. You’re just torturing yourself basically. 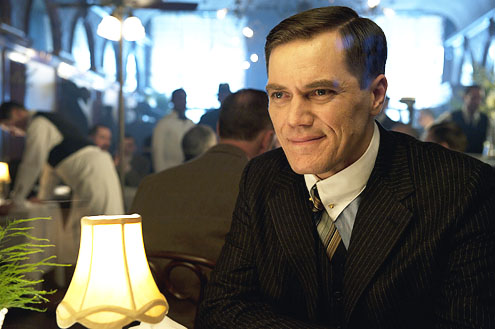 You do TV, theater, film. Especially TV, how did that make you a different actor? How did “Boardwalk Empire” change what you do?

I’m not sure that it did. It was a unique experience. I had never done anything like it. The structure of it is very strange. It’s a project I spent five years working on, and yet I feel very distant from. Look, here’s the straight answer—when you shoot a season of “Boardwalk Empire,” it takes about 6-7 months. Over the course of that time, I probably would work 20 days. Ultimately, it winds up feeling like an errand I have to run every once in a while. “I have 'Boardwalk' today.”

Incredibly spread out. Think about that. How many days are there in 6 months? It’s like being a Scout Master.

Did that make it difficult to fall into the world and that character?

It becomes … the way I describe it is like a ghost. I show up, I put the costume on, the ghost comes, I go do it, I take the costume off, the ghost goes away, and I go back to my real life. When you do a play or a movie, it’s like war. You get in the trenches. It’s what you’re doing every day for weeks or months. With TV, it’s not like it. Plus you have SO little input in television. You have no input whatsoever. You get your pages, and regardless of whether you agree or disagree, they don’t care. You show up. I honestly thought there was more to mine out of [my character] Van Alden then what they did. I feel like they found a pattern that they were comfortable with and they kind of made Van Alden into a clown, which I thought was such a lazy thing to do with the character. “Boardwalk Empire,” for me, if I look back over the 25 years that I’ve been acting, it’s not going to be in the top ten. 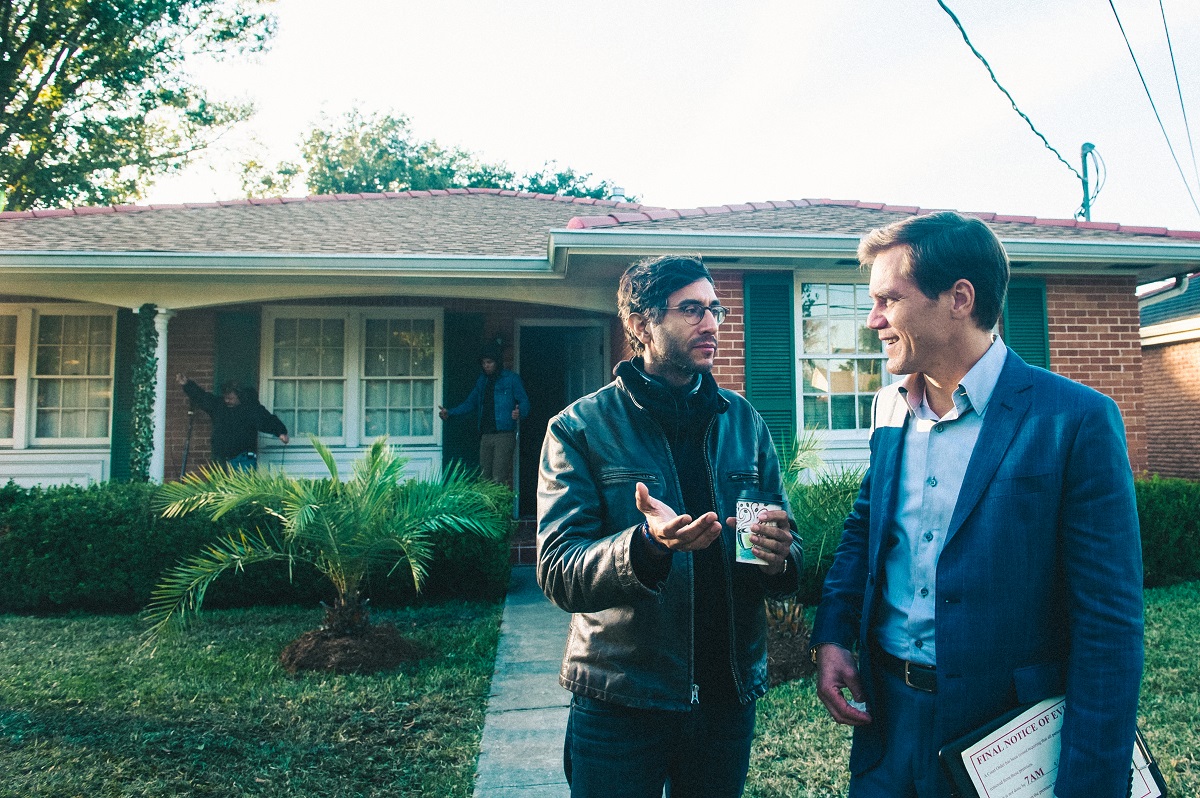 It’s not a highlight. What are the highlights of that period for you?

“Take Shelter.” All my work with Jeff. Ramin. I love Ramin. I think Ramin and Jeff are two of the best American filmmakers out there. They’re like brothers to me. I would do anything for them. My work with Werner [Herzog] is incredibly satisfying and bizarre and surreal, and has taken me to places—I’ve been to Peru, Bolivia, China. Places I probably never would have gone were it not for Werner.

It’s interesting that you answer by focusing on your collaborators. Is that something that guides your decisions now?

Yeah, it’s more the people. People are always like “What’s your dream role?” I don’t have a dream role. I just want to meet people that I think are interesting. It’s about the people to me. I’m not pining away to play Hamlet. I don’t really care. It’s the people that inspire me.