“I can’t believe it! I just don’t believe it! We are never gonna get ahold of that stupid lamp!” Gilbert Gottfried exclaims to a room full of adoring fans in Roger Ross Williams’ Oscar-nominated documentary, “Life, Animated.” For a fleeting moment, the comic was reprising his beloved role as Iago, the temperamental parrot in Disney’s “Aladdin,” whose blaring yet somehow lovable voice is identical to that of Gottfried’s stage persona. You’d think that after 25 years since the film’s release, the comic would rather holler, “I am never gonna get rid of this stupid line!”, but Gottfried seems to fully savor the crowd’s love. After he tweeted a string of jokes about the Japanese tsunami in 2011, he was fired from his job voicing the duck in Aflac commercials. Three years later, he launched “Gilbert Gottfried’s Amazing Colossal Podcast!”, an acclaimed series of uproarious conversations with show-business legends that has marked a new chapter in the comedian’s career. Now Gottfried himself is the subject of a documentary, Neil Berkeley’s thoroughly enjoyable and poignant “Gilbert,” which sheds new light on the comedian’s personal life as he enters the uncharted terrain of fatherhood.

Prior to its premiere last night at Hot Docs, Gottfried spoke with RogerEbert.com about everything from schizophrenia and Nazis to the reason why no joke is “too soon.”

I was just laughing my head off listening to your latest podcast episode with Steven Wright before coming to meet you. What attracted you to the realm of podcasting?

It wasn’t my idea. It was my wife who told me that I should start a podcast, and since I live in the 1400s, I wouldn’t even know how to find my own podcast online. When people ask me where to find it, I go, “I don’t know, I guess on the internet somewhere.” The weird thing is that we have gotten a lot of older guests. I love old Hollywood, and yet this is a new sort of program, so I’m using a new method to discuss old Hollywood. On the show, we’ve had two of the original Catwomen, both Batman and Robin, Dick Van Dyke, two members of “F Troop,” and we recently interviewed Carl Reiner. People will ask me, “What’s a podcast?” and I say it’s like a radio show on your computer. I wasn’t expecting how many people would like the podcast as well as the documentary.

God, it’s definitely schizophrenic. I found out that schizophrenia as we understand it from watching movies—where all of a sudden you are a French character, or you’re an old lady, or you’re a general in the army—is not at all what it is actually like in real life. [pauses] I just said that to reveal my vast intelligence. [laughs]

My dad is a social worker, so he would agree with you.

Oh yes. I’m sure he would know that’s not really schizophrenia. People who are schizophrenic don’t all of a sudden go, [in French accent] “My name is Pierre.” I want to meet one psychologist or psychiatrist who has ever once met a “crazy” person—which I believe is the correct term for it—who has done celebrity impersonations. You see that on TV shows. They’ll hire an actor who can imitate Jack Nicholson or Al Pacino to play a schizophrenic. When I see a crazy person like that in a movie, I go, “Why don’t they just book him in Vegas?” [laughs] 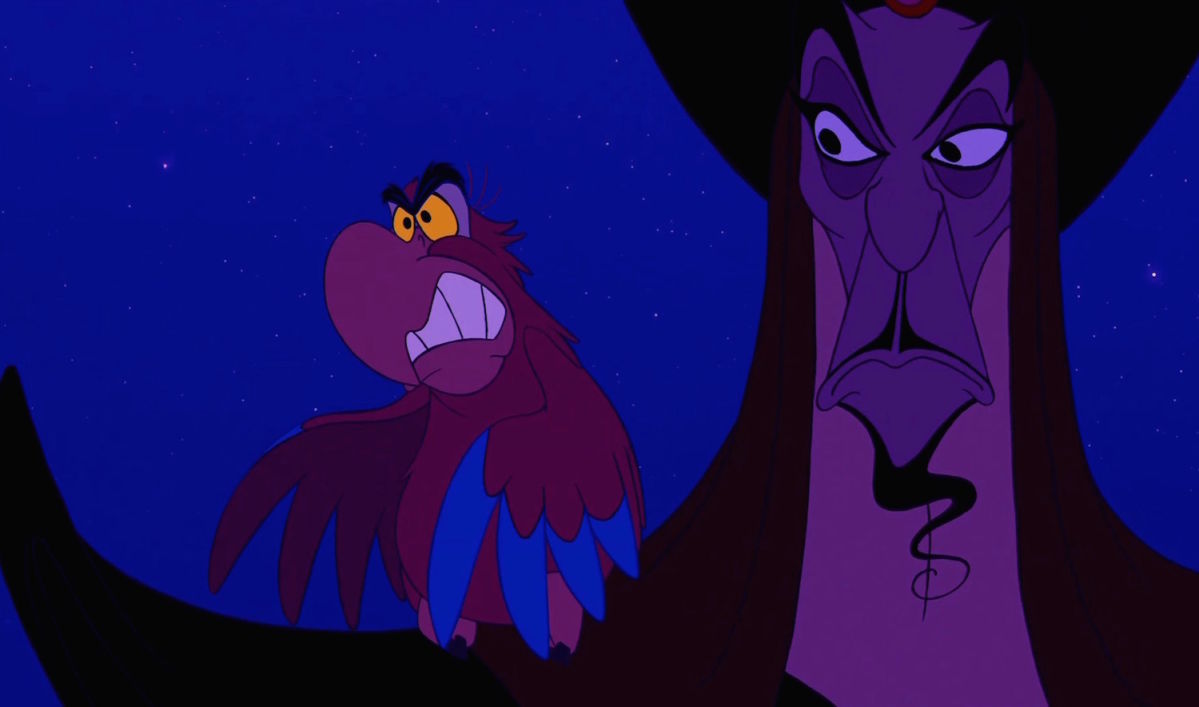 How did Neil Berkeley make you feel comfortable enough to make this documentary?

He never made me feel comfortable. I was always on edge. I’ve seen the film about three times, and the experience of watching it is close to what I envision hell being like. You die, the Devil puts you in a chair, and you’re forced to watch every section of your life on a screen.

Exactly! I think that has to be the worst possible thing to sit through.

What has it been like viewing comedy through the eyes of your children?

There’s one part in the movie where someone asks my son, “Do you think your father’s funny?” He thinks about it for a long time and then goes, “No.” [laughs] I am very proud of my son, and there was one particular time where I was really proud of him. He was very small at the time—he’s seven now—and he asked me, “Daddy, tell me a joke that’s inappropriate for children.” That's when I realized I didn’t need to do a DNA test on him. He is definitely my son.

To what extent did you have creative control over Iago in “Aladdin”?

They definitely left it open for me to be able to play around and throw in lines. When they are recording your voice, they have a video camera in the room so they can capture your facial expressions, which influenced the way that the parrot was drawn. One time, the artist showed me a drawing he made where you see a caricature of me that slowly transforms into Iago. There was a particular line in the film that I had ad-libbed, and someone told me that Robin Williams cracked up when he heard it. It was during a scene where Iago and Jafar have to escape, and I go, “Quick, let’s get everything: the guns, the knives, the hand grenades—and what about this picture of me? Do you like it? I think I’m making a weird face in it.” That was a lot of fun. Of course, every now and then, they would have to stop me and go, “This is a Disney film. We can’t really use that word.” [laughs]

For people who grew up watching you as Iago, it was wonderful to see you recite his lines in “Life, Animated.”

That documentary was another weird thing that came about. It tells a story that I first heard about in the New York Times about this writer, Ron Suskind, whose son is autistic. Ever since the boy was three, he had fallen deeper and deeper into it to the point where you couldn’t have any communication with him. It was like he was underwater. He would watch Disney films all day long, and Ron saw that in his son’s room, he had an Iago puppet lying on the floor. The father picked it up, put it on his hand and did an imitation of me. His son looked at the parrot who was speaking in my voice and reacted to it as if it was an old friend. He had a conversation with the parrot, and when I heard that, I remember thinking, “See? I can do some incredibly wonderful things … as long as I’m not directly involved.” [laughs] If I was directly involved, there’d be some major screw-up and a lawsuit.

Ron’s son was in this school for children on the spectrum, as they call it, and had started a club there where he and the other kids analyze Disney films. Even if you recorded a Disney movie, your version of it would be less accurate than the one these kids have in their minds. They know every single line and every single thing that will happen in each scene. It was his father’s idea for me to come over and surprise him. They were reenacting scenes from “Aladdin” when I popped in and they all went wild. I was worried that I would say something offensive and that it would end up in every paper. But I found that once I was up there, I could be sarcastic, and the kids would catch the humor and laugh. That was definitely a memorable event, and I still talk to this kid. He just called to wish me a happy Passover. [laughs] 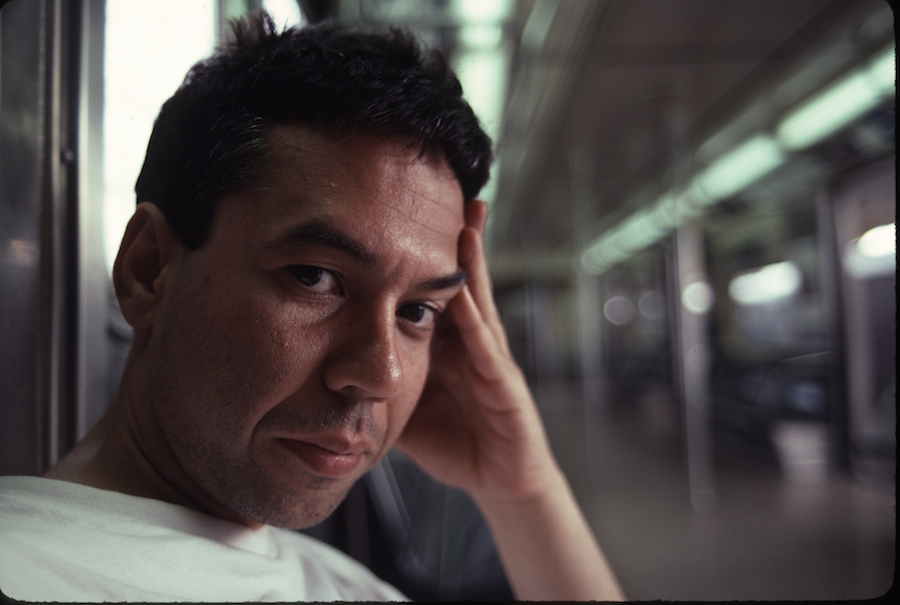 It seems that many Americans are migrating toward the perspective that it’s not “too soon” to joke about disturbing subject matter, especially regarding the current state of our government.

There have been a lot of times throughout history where people have said, “Now more than ever, we need comedy.” Since we’ve got Donald Trump in office, people are saying the same thing. “Now more than ever, we need comedy!” And I’m thinking, “As opposed to when the Black Plague was going on, the Holocaust was going on…” This is really the first time that we’ve had a bad time in this world? Here’s how I feel about the “too soon” argument: When I do a joke, it’s always too soon, because it will be about what’s happening at that exact moment. People will tell me, “You should’ve waited,” but in my mind, I feel like I’m being more sensitive than someone who waits to tell a joke about a tragedy. I do a joke about September 11th or a tsunami when it’s actually happening, and they are designed to have shock value. People will laugh and then they will cover their mouths and think, “Oh god, how could he say something so terrible?” If you wait, you’re considered a good person, and then you can do all the jokes you want about the Titanic. But I think you’re actually a more insensitive person because by waiting and saying that it’s okay, you’re going, “All of those people who died don’t matter. They’re dead, forget about them. The hell with them.” At least with me, I make sure the audience is really uncomfortable when they hear the joke.

It’s more sensitive for comedians to acknowledge a tragedy in their jokes rather than avoid it.

Yes! When people say to me, “How do you do jokes on those topics? Don’t you realize the heartbreak and the tragedy?” And I go, “Yeah, that’s where the joke stems from.”

I love the scene in “Gilbert” where you manage to win back an audience by pushing them into even more uncomfortable territory with the Aristocrats joke.

It was a few days after September 11th, and I performed at an event in New York. All over the world, people were in shock, but in New York, there were black clouds floating in the air for what seemed like months. They were hanging over the room and over the whole city. As you know, I’m drawn to that. So I made a September 11th joke and it lost the audience as much as it possibly could. People were hissing and booing. One guy yelled, “Too soon,” and I thought he meant I didn’t take a long enough pause between the set-up and the punchline. [laughs] Then I go into the Aristocrats joke, which is about incest and bestiality, and the crowd was howling with laughter. I thought it proved my point about comedy and tragedy. One critic wrote that it was as if I had performed a mass tracheotomy on the crowd. It was one of those instances where they needed to laugh, they needed some sort of release.

The scene where you meet the historical reenactors in St. Charles, Illinois, is also hilarious.

A lot of people who watch the documentary think that scene was all planned because it certainly looks like it was. You’d think there’s no way that could happen in real life. There were people in town reenacting many different wars—WWII, WWI, Vietnam, the Civil War…and my favorite, of course, was WWII. All these Nazis were running over, putting their arms around me and taking selfies, and I’m thinking, “Gee, the Third Reich really wasn’t all that bad. The History Channel has it all wrong. Nazis are some of the nicest people.” [laughs]

Has your embrace of humor made jokes aimed at you easier to take?

It’s kind of like at a roast. I can say any bad thing about another person, but if they start making fun of the shirt I’m wearing, I go, “Oh come on, that’s just—it’s one thing to joke, but now you’re taking it to a really cruel area.” [laughs] So I’m as hypocritical as anybody.