Stephen Lane was a collector first. He saw the original “Star Wars” at age seven, started with action figures, and ended up with a dream come true: he owns Princess Leia’s dress from the final scene in the film. Now, as the founder of Propstore.com, he makes other movie fans’ dreams come true with his auctions of iconic movie props ranging from Samuel L. Jackson’s “Pulp Fiction” wallet to the “Love Actually” boom box and placard set and Jack Nicholson’s LA Lakers-inspired purple suit from Tim Burton’s “Batman.” In an interview with rogerebert.com, Lane talked about the Indiana Jones-like searches for movie props and what makes them so magical. His "Spectral" auction of props from the Netflix series is online from July 24 August 4, and the Treasures of Film and Television auction is coming this fall.

How did you get started?

I was maybe 20-21 when I started this in the early '90s. It was pre-internet, and I used to go to toy fairs to find the rare action figures. Every now and again original props and costume pieces would turn up and it just will really piqued my interest. It wasn't just a tribute to it. It was actually used in the production. You could get your hands on something and then hopefully pause the fuzzy VHS tape and actually see it on screen. Something in me was just like, “Wow! How does this stuff actually exist? Where did it go after filming? What happened?” The story of the object is a part of it, too.

I had probably in about 1994 a rebel blaster from “Star Wars: A New Hope.” This guy wanted 500 pounds for it. It came from a photo shoot for a poster magazine with Darth Vader flanked by two storm troopers. They sent over the real props from the movie, and mistakenly sent rebel blasters instead of empire blasters, so they were not used in the shoot and never sent them back. I got it and I said, “This is brilliant but what do I do next? Where do I go with this?” And so I tracked down the company who made them for the film and it was a company called Bapty & Co. in London, the armorers and I phoned them up and I said, “I've got this rebel blaster from ‘Star Wars,’ can I come in and can you have a look at it? Can you authenticate it?” I chatted with a guy called Richard Hooper, a lovely guy, sadly passed away now, and he said, “Yes, come in, we’ll give you a tour.” I gingerly unwrapped this thing out of a kitchen towel or something, and he said, “Yeah, this is definitely one of ours. I remember how it used to catch them on the back of the hand.” It was a bit damaged, so he said he would restore it, and asked if I would like to look around.

I had no concept of how artifacts or assets like these moved within the industry. I was walking around and it's like shields from “Clash of the Titans” and blasters from “Flash Gordon” and pulse rifles from “Aliens.” He told me they rent them for the film and get them back to try and rent into another production but generally speaking if it's too specific they can’t so they throw it away. I was like, “Okay somebody's got to be thinking about preserving this stuff for future generations.” What we think is disposable today is going to be culturally significant to the next generation. I'm not saying that every prop or costume we have here is going to be held in the same regard as “The Wizard of Oz” ruby slippers, but some of it will. I was a collector, I love movies, I loved owning something that was used in the films, but then, there's also this idea of preservation.

What items are most beloved by the fans?

We would love to handle pieces in the realm of realism, but even a tuxedo worn by Daniel Craig as James Bond does not register as unique if it is just on a mannequin. That is why genre films like fantasy and science fiction have such power. They are custom-made and instantly recognizable. That said, I had things from “Love Actually,” including the cassette player and hand-drawn signs Andrew Lincoln held up for Keira Knightley and people are still asking me today if the guy who bought it would be willing to sell.  He only ever bought one prop and it was that. We get period stuff from movies like “Pride and Prejudice,” and that mostly appeals to women, but the majority of our market is male-orientated, boy toy stuff, action, horror, sci-fi.

These items are not created with the intention that they will be around for a long time. Do they present special challenges for preservation?

Restoration and stabilization is a key part of conversation and our way of doing business. Our specialists are always on hand both in the UK and in the in the US to discuss how you should be caring for an object. But some people buy the costumes to wear them, for cosplay and conventions.

The more valuable, the rarer, the older, the more expensive items have rules like in “Gremlins”: keep it out of the sunlight, no UV light, not near radiators or heating vents, keep the temperature constant, no smoking, limit humidity, wear white gloves. You don't have to be a trained curator or an archivist to buy this stuff but it's just a degree of respect dependent on what ultimately your end game is. As a collector myself, I want to own it; I love the experience of that. But I'm also preserving it for the next generation. Red fades, so don’t keep it in the light, let it rest in the cupboard for a year and then display it again. Those are always conversations that we're having and we know a host of specialists who work in massive range of fields.

I bought Princess Leia's dress myself, from “A New Hope.” It's the medal ceremony dress that she wears at the end of the film and it's the only known existing Princess Leia gown from the first film. The guy who had it was a crew member who lent it to a mate, and his wife had worn it to a fancy dress party twenty years ago and it sat in his loft for the rest of the time. It got torn and it had wine on it, it had food on it, she'd put holes in it. It had worn badly. It was grey. I had to go and find these textile experts at the Victoria and Albert Museum in London who we loaned material to for one of their exhibitions and I said, “Who are your best textile conservation people?”

They recommended a company called Janie Lightfoot in London. They spent six months on it, bathed and massaged to get all the grime and grit out of it and got a lot of the stains out. They layered in an ultra-light mesh and stitched in the mesh to fill the holes. They humidified the belts, which had been lying flat for so many years, and they custom-built a mannequin they specifically tailored to fit the dress so it's perfectly supported. 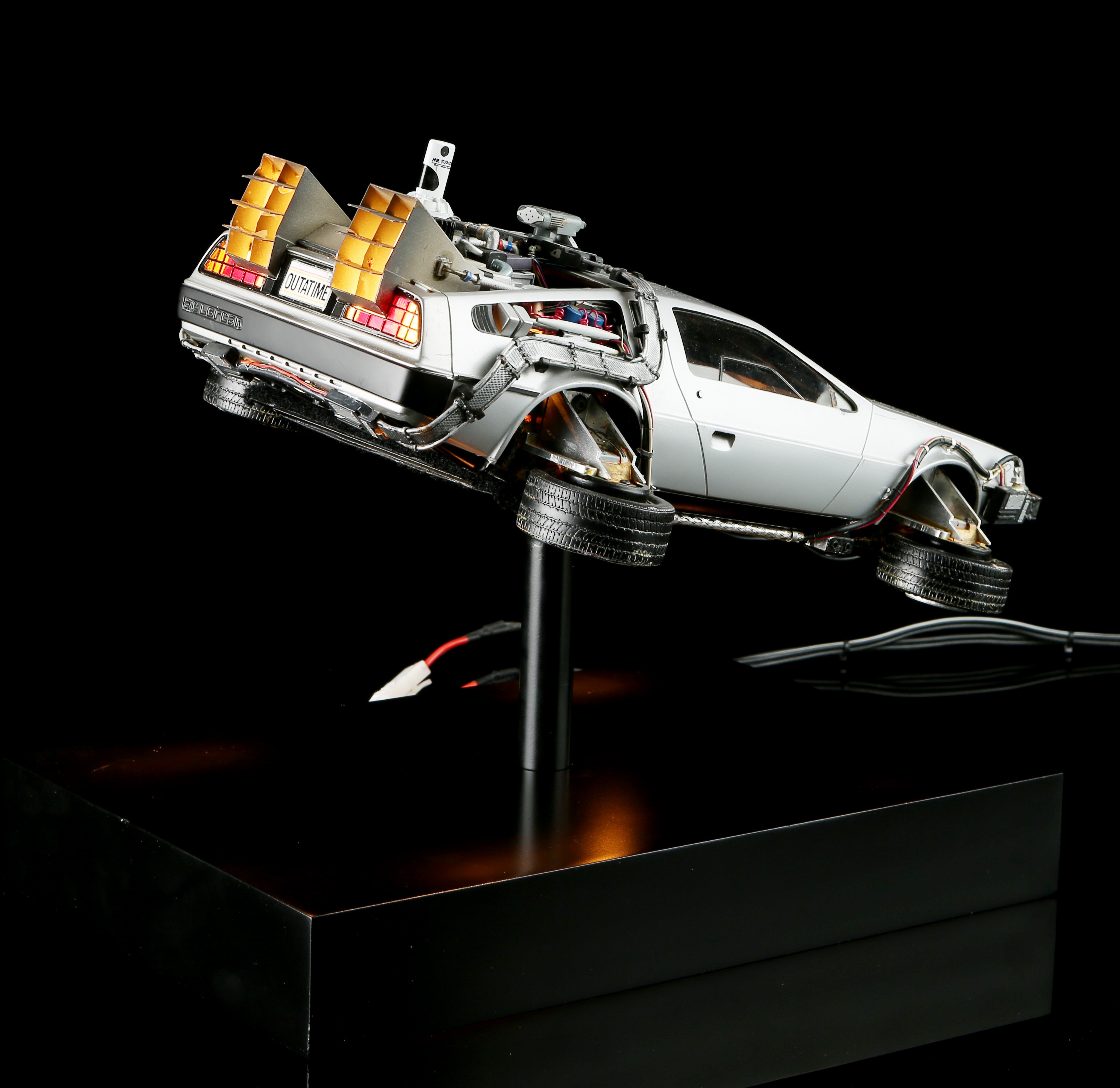 What are people at Comic-Con most were excited to see here?

It depends on their age. For people my age it is the “Back to the Future” model of the DeLorean or the Y-wing model from “Return of the Jedi” or the dropship from “Aliens.” Model miniatures are a dying art because of digital. For the costumes, I would say probably the Robocop and the Joker. The Robocop suit is incredibly visual. We are pretty sure it is the hero suit. We can screen match it where you freeze frame and you match up paint chips and dings and colors to show that this is the one used on camera. And Jack Nicholson’s Joker suit was purple because he loves the LA Lakers and that is their color. More recently, we have Matt Damon's “Martian” space suit. And then we've got the Star Lord’s helmet from “Guardians of the Galaxy” and Thor's hammer. You never know what will make people say “wow” when they come in, but they almost always do.