When Harvey Weinstein is in the house, you know it's a big deal. After all, one of his possible Academy-bait babies was taking its first steps in public at the bustling Scotiabank theaters before the press and industry on Monday. He is not going to leave that special occasion to chance.

Day 5 at Toronto brought the unveiling one of the most anticipated pieces of the Oscar-prediction puzzle—"August: Osage County" a.k.a. When Meryl Met Julia—and, judging from the "I like it but…" comments exchanged by audience members as the film came to a close, the reaction was one of tempered admiration.

The comically caustic domestic situation, based on the 2008 Tony-winning play, concerns a contentious Oklahoma clan called the Westons who reunite following a family crisis. With a cast jammed with recognizable faces ranging from Sam Shepard's hard-drinking poet of a patriarch to Abigail Breslin's precocious pot-smoking teen, it sometimes comes off like one of those "We Are the World" all-star songs where everyone involved gets a for-your-consideration solo in order to shine.

Of course, there are soloists and then there are divas. Nothing can be that bad when there's Meryl Streep as a pill-popping, cancer-ravaged matriarch who puts the diss in dysfunctional as she engages in a verbal dinner-table death match with movie daughter Julia Roberts. Imagine "Who's Afraid of Virginia Woolf" filtered through "Terms of Endearment." The explosive results left some in the theater gasping.

A couple of the casting choices seem wonky (Ewan McGregor is out of place as Roberts' roaming husband while Dermot Mulroney is basically playing the Dermot Mulroney role as a sexy self-serving jerk).

But some of the most enjoyable portions are when the Weston sisters—joining Roberts' Barbara are Juliette Lewis' flighty Karen and Julianne Nicholson as dark horse Ivy—kick back with glasses of wine and trade stories about their challenging mother and personal secrets. 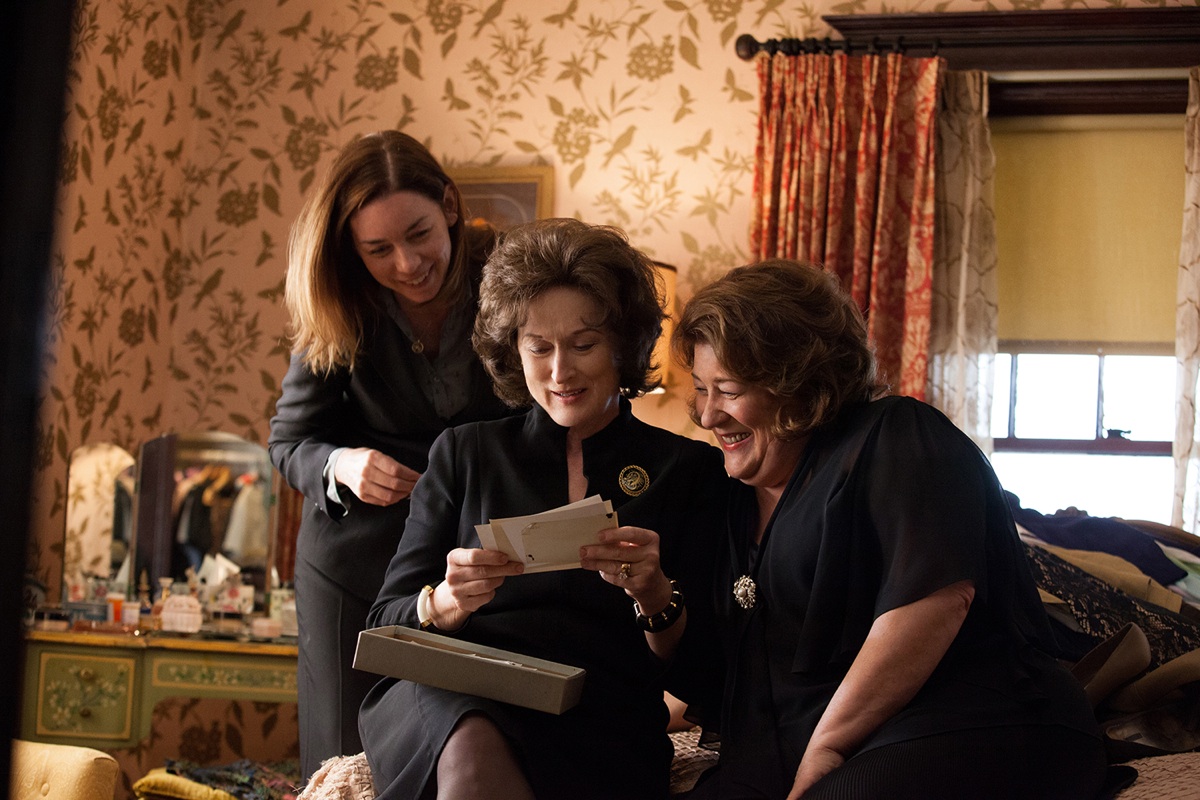 All could be up for Oscars, including Margo Martindale as Streep's big-mama of a sister. The real question is whether it can be justified to place either Streep or Roberts in a supporting category to avoid competing with one another since they are both clearly co-leads. And that is where the mighty Harvey comes in. It has been finally decided: Meryl is lead and Julia is supporting, The negotiations over Syria probably have nothing on the intense discussions that went into that move.

As for best picture chances, that is up to Harvey and his magical marketing machine. "August: Osage County" is more certain to fill several acting nomination slots, but just the fact that Roberts and Streep—who have only previously collaborated in the animated "The Ant Bully"—are together at last is a powerful reason to applaud this movie as much as possible.