Sundance is often portrayed as an event at which to highlight and discover new and emerging voices, but it is also a prominent showcase for films built around high-profile stars and filmmakers. These works are often programmed in the Premieres section of the festival and given prominent, star-studded, red-carpet led events on the first weekend at the 1,200-seat Eccles Theatre. What better way to begin buzz for a film? Such was the hope for two Premieres given the coveted 9 o’clock hour premiere slots on Friday and Saturday night, and while both films have their issues that hold them back from greatness, they also contain enough pure entertainment value to recommend, and will likely find loyal fans when they descend from the mountains of Utah.

Friday’s entry was the highly-anticipated follow-up to Charlie McDowell’s Sundance hit “The One I Love.” Once again, McDowell takes a sci-fi concept and uses it to reflect very human concerns, this time addressing grief, loss, and regret. McDowell refreshingly lays his high concept out on the table instantly, and then builds the human story within this world, one in which “The Discovery” has been made. The man who made that to which the title refers, Dr. Thomas Harber (Robert Redford), is being interviewed in the opening scene, discussing the impact of his conclusive proof that the afterlife exists. No one has yet been able to prove exactly what happens after we die, but Dr. Harber has proven that something happens. And that discovery has led to over a million suicides from people who now know that there could be a better existence beyond their dreary lives. As he’s defending revealing what he discovered, despite the death toll, one of the crew members conducting the interview shoots himself in the head.

Cut to years later and the doctor has hidden himself away in a massive estate, surrounded by a cult-esque group of admirers and assistants, away from the world that at least partially blames him for a continual wave of suicides. People form groups and leave this plane simultaneously, hopeful to move to whatever’s next together. One man who has not been in contact with his dad for some time is Will (Jason Segel), who now comes to the estate to see dad still working on his research into the afterlife. On the ferry on the way over, Will meets Isla (Rooney Mara), and a love story unfolds under the umbrella of a new way to define our earthly existence. Jesse Plemons co-stars as Will’s brother and Riley Keough is fantastic in a few scenes as one of Dr. Harber’s assistants.

“The Discovery” is an undeniably ambitious film that only becomes increasingly risk-taking as it develops. The middle act of the movie, which allows the characters to develop as the mystery into what exactly happens after we die deepens, is very strong, grounded by excellent performances all around. McDowell works very well with actors (“The One I Love” contained two excellent acting turns against its high-concept background), and that skill keeps “The Discovery” from devolving into an interesting episode of “The Twilight Zone.” Mara is typically fantastic and the supporting cast devotes their all to the concept by grounding their characters in something relatable, often the loss of a loved one. Segel struggles here more often than he usually does (I loved his work in “The End of the Tour”) but I think that’s because of a script that often makes him an observer more than a participant.

“The Discovery” stumbles even more in the final act, as McDowell layers on a few more concepts and loses the thread a bit. Still, this is an easy film to admire, and should have people talking when it’s done (it premieres on Netflix in March). It’s the kind of work designed to raise questions and provoke conversation. So much of modern society is built around the expectations of an afterlife, but what would we want that to be? And how do we still make the most of our time here? 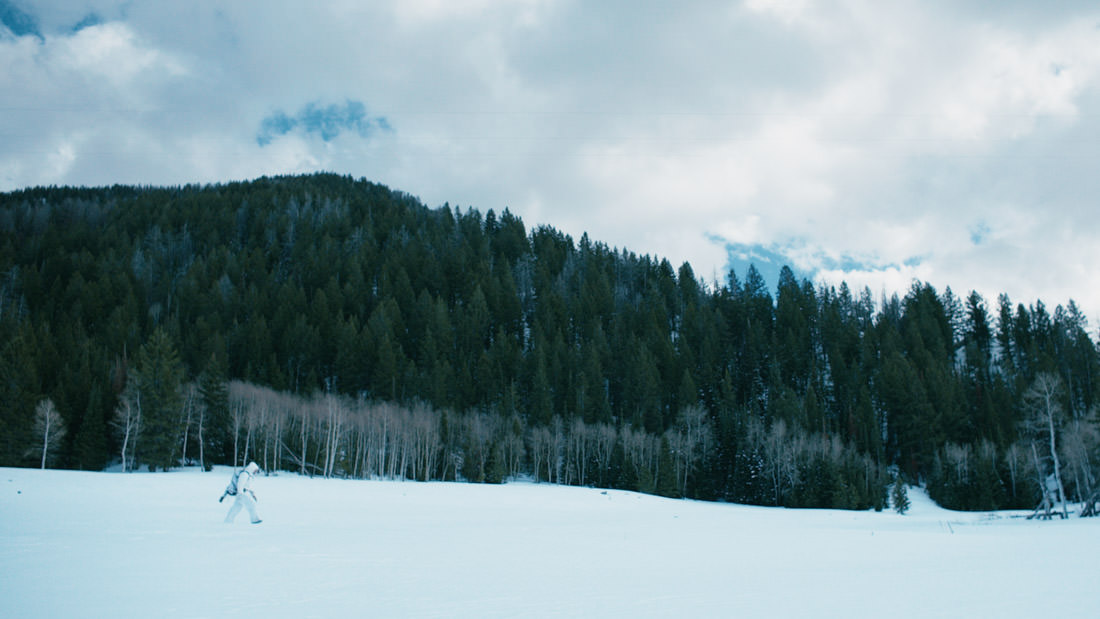 Completely different tonally but also coming to Sundance with a ton of star power is Taylor Sheridan’s “Wind River,” the third part of a thematic trilogy by the writer of “Sicario” and “Hell or High Water,” who also makes his directorial debut here. All three films hinge on vengeance, all three films play with frontier justice, and all three films are Cormac McCarthy-esque in their examinations of often-cruel worlds that are the most dangerous for their most vulnerable inhabitants. Sheridan the director lacks the confident hand and shaping ability of his previous collaborators—Denis Villeneuve and David Mackenzie—and too much of “Wind River” comes off a overwritten when one can almost see the tighter, tauter version of the film buried in this one. However, it’s an engaging thriller, anchored by a strong sense of place (becoming a Sheridan specialty) and a great performance from Jeremy Renner.

The Oscar nominee stars as Cory Lambert, a man introduced sniper-shooting wolves threatening a group of sheep. The introduction is defining—this man is a protector, one who knows the land and its creatures, and helps keep the balance. In his role as a U.S. Fish & Wildlife agent, Lambert stumbles upon the body of a dead girl in the frozen tundra of the Wyoming mountains he patrols. He knows the girl. She was good friends with his daughter Emily, who died three years ago, also frozen in the cruel Wyoming night. The circumstances surrounding her death remain mysterious, but Lambert at least partially sees the new case as a way to solve the murder of his daughter. Perhaps if he can find some justice here, it can feel like justice there.

Entering the picture is a rookie FBI agent named Jane Banner (Elizabeth Olsen), who comes to this unforgiving landscape alone, instantly greeted with raised eyebrows by the Native American police officers who are essentially running the case. Banner instantly recognizes that Lambert is the man to help her track this icy killer, and Sheridan’s film unfolds relatively straightforwardly from there, operating as a snowbound procedural, peppered with conversations about survival and grief.

Actually, more than just peppered. Sheridan returns to the overwritten well a few times, staging monologues and conversations that just don’t sound realistic. People don’t really say things like “You won’t get the answers you’re looking for … no matter what you find,” but one could argue this kind of overemotional dialogue fits both Sheridan’s style and the noir world he’s kind of going for here. As good as Renner is, I just wish some of it was trimmed back. Actually, a lot of it. Sheridan never met a plot point or thematic concern he didn’t want to repeat multiple times. “Wind River” actually works best when its operating without dialogue at all—figures set against a pitch-white landscape, realizing their insignificance in a deadly world, speak for themselves.