A Recap of the 2015 Middleburg Film Festival

Each film festival has its own signature style, dictated as much by seasons as it is by mindset. At wintry Sundance, it’s snow parkas and boots. At summery Nantucket, it’s Ralph Lauren polo shirts and Lilly Pulitzer sundresses. And, at back-to-school-time in Toronto, it is often business casual as Hollywood uses North America’s largest film gathering to kick off awards season and make distribution deals.

But here in Middleburg, VA, where the city’s annual salute to cinema just wrapped its highly successful third edition, no one blinks if you show up at a screening in jodhpurs and riding boots. That’s because this cozy burg, scenically situated amid rolling hills awash in autumnal hues, seems to have nearly as many horses as it does residents (about 700).

What is unusual, however, is how a boutique-sized festival held in an area where the nearest commercial theater screen is about 25 miles away has managed to not just survive, but to grow with more advance ticket sales, more sold-out screenings, more films (26 compared to 20 last year) and more Oscar-quality studio titles including such expected contenders as “Spotlight,” “Carol,” “Brooklyn” and “Suffragette.”

Driving to Middleburg this year after attending previously in 2014, I pondered just what makes this country event so uniquely inviting. By the time I performed the required ritual of circling three traffic-calming roundabouts, I realized that these safety devices—as annoying as they are—provide a kind of magical barrier from the hustle and bustle that lies an hour away in Washington, D.C. You feel the stress of urban living evaporate as you complete the final spin before reaching the tastefully-appointed, 340-acre Salamander Resort & Spa that serves as the festival’s hub.

True, the chairs at the four venues where films are shown are a far cry from those leather recliners that are all the rage in multiplexes (bringing cushions is advised) and the sight-lines aren’t always perfect. But the audiences that tend to be middle-aged and above (although there were a few more youthful faces this year) are attentive, courteous and friendly. And you can even bring in a glass of wine—local, of course—or a beer from the Salamander’s bar.

The primary force behind both the film fest and the resort is businesswoman Sheila Johnson, the billionaire co-founder of Black Entertainment Television (BET) who has executive-produced four documentaries as well as the 2013 feature “Lee Daniels’ The Butler.”

“The third year has been a charm,” says a relaxed Johnson the morning after a problem-free and packed opening night. “I think it is because of the slate of films we have. Hollywood has its good years, and they have their not-so-good years. And I think this year is exceptionally strong. That’s partly because the world has gotten so complicated. There’s really great subject matter out there and a lot of movies are getting their stories from real events.” 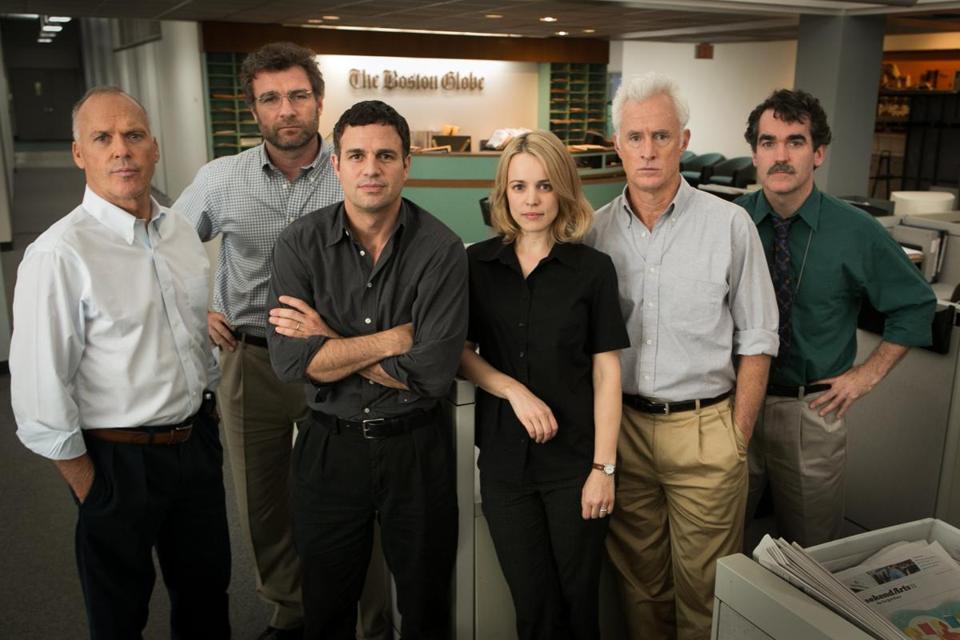 Unlike festivals such as Sundance, Cannes and Toronto, where films are bought, sold and heavily promoted, Middleburg is all about cultural enrichment, not commercial profit, although word-of-mouth opinionating is encouraged. That includes prizes based on votes cast after each screening; the two winners are a good reflection of the attendees' taste. “Spotlight,” an exposé of how a crack team of Boston Globe journalists investigated the Catholic Church’s cover-up of its sexual-abuse scandal, won the prize for Best Narrative. And “Harry & Snowman,” the Cinderella story of a broken-down plough horse and his Dutch immigrant trainer who would go on to win the triple crown of show jumping, took the Best Documentary honor. No surprise, since Middleburg is rife with show jumpers.

“One of the reasons I started this festival was to try to broaden the minds of the community at large,” Johnson says “We all tend to live in our little silos, and even though we watch the news every day, there is still more that is happening.”

With such a small slate—Toronto presents about 250 features each year—Middleburg excels by making savvy choices and getting the right mix of titles. Yes, there are the buzzy fall selections that are due in theaters soon—some, like “Truth” and “Suffragette,” opened in limited release this past weekend. But as executive director Susan Koch notes, festivalgoers still caught them before their friends.

“It is fun to see them first and say, ‘Oh, I saw that in Middleburg,’” says Koch, a documentary filmmaker who puts together each year’s lineup with programmer Connie White. “And if you can bring somebody in who is from the movie, that is a different experience than seeing it in the theater. Plus, afterwards, you can engage in conversation, which usually isn’t the case when you go to a theater and sit with people you don’t know. These 'Oscar films' have become our calling card, our anchor. Then we say to people, ‘Trust us. These other films seem more adventuresome but they are worth trying.’”

Middleburg has had great success luring initially reluctant ticket buyers to check out the foreign-language films that are Oscar submissions from their respective countries. This year’s offerings: Iceland’s “Rams,” Portugal’s “Arabian Nights,” Colombia’s “Embrace of the Serpent,” France’s “Mustang” and Hungary’s “Son of Saul.” “The first year, they were tentative,” Koch says. “Now, they go up to us and say, ‘Oh, those foreign films are our favorites.’ ”

The festival has great support for the female of the film species as well. Though fest organizers didn’t blow their horn too much about it, Middleburg practically qualified as a women’s film festival this year. With the lack of opportunity and equal pay for females in the film industry being publicly addressed these days by everyone from Jennifer Lawrence to “Selma” director Ava DuVernay and Meryl Streep, the timing could not be more perfect.

But what was perhaps not as obvious is that seven of this year’s offerings—three films and four documentaries—were directed by women. That is more than a quarter of the festival slate, far greater than the 7% of females who directed movies in 2014. “I want to honor women as directors,” says Johnson. “Susan is a director and we have done documentaries together. I see the struggles she has gone through to get her docs out.”

“We are really a women-run film festival,” notes Koch. Adds Johnson, “We are all women. We are at the steering wheel.”

“And it feels so good,” Koch adds. Johnson concurs: “That is why the festival runs so well. We are detail-oriented. We are perfectionists. We can see things beyond what men can see.”

Star-gazing is a plus. It is not every day you spy legendary beauties like actress Bo Derek (who did a panel on raising equity for TV and film production) and model Beverly Johnson (the first African-American woman on the cover of “Vogue”) walking around. In fact, after weeping along with everyone else after a showing of the cancer-themed dramedy “Miss You Already,” Johnson stood up during a Q&A and lavished director Catherine Hardwicke with praise and appreciation for her forthright approach to the disease.

Meanwhile, director Lee Daniels—who worked with Johnson on “Lee Daniels' The Butler” and is the creator of one of the hottest series on TV, Fox’s “Empire”—drew a spillover crowd that sat among the wine barrels in the cooling room of the Boxwood Winery while doing a conversation on Saturday. 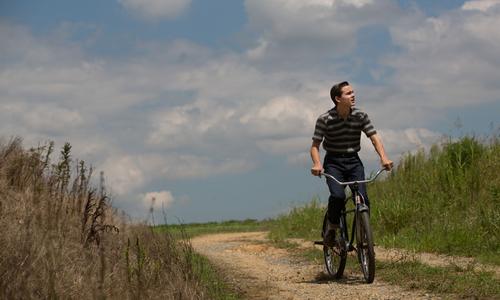 But the biggest attraction by a long shot was America’s Sweetheart herself, Meg Ryan, whose directorial debut “Ithaca” had its world premiere at the Salamander on Friday night and set a festival record with a 300-plus crowd. The location for Ryan’s 23-day shoot for “Ithaca” was in Richmond, VA, so it made perfect sense to do its world premiere in Middleburg.
Advertisement

It seemed as if the audience was enveloping the actress in a group hug as she introduced her World War II-era film based on William Saroyan’s novel “The Human Comedy." "Ithaca" is a coming-of-age tale about a small-town teen boy named Homer who delivers telegrams that notify families of battlefield deaths. Before the lights went down, she read a passage from the epic poem “Ithaca” by C.P. Cavafy. Afterwards, Ryan explained that she found comfort in Saroyan’s book while going through her divorce from Dennis Quaid, and worrying about her then-eight-year-old son, Jack, who plays a role as a soldier and acts as a narrator.

While “Ithaca” has some solid performances, including Sam Shepard as an alcoholic telegraph operator and Hamish Linklater as Homer’s benevolent boss, Ryan fails to find a way to make us feel the same deep connection that she did to the material. Of note: the evocative soundtrack is by her former beau, John Mellencamp.

Carter Burwell, who has written scores for numerous films by the Coen brothers including “Fargo” and whose work is featured in “Carol,” has previously turned down opportunities to hear his compositions performed live. But he joined the 75-piece Loudoun Symphony Orchestra at the Salamander on Saturday, primarily for one reason: his 92-year-old dad, Charles, who lives in nearby Millwood, VA would be present at the performance.

Meanwhile, former teen idol Tab Hunter knew he had to include Middleburg among the cities where he is promoting his new documentary, “Tab Hunter Confidential,” since the equine enthusiast spent some time living in Upperville, where the screening took place. In fact, he is shown late in the doc—which chronicles how he was forced to lead a double life as a gay actor—wearing an Upperville T-shirt.

The one celebrity who is on Johnson’s wish list who couldn’t make it this year was Robert Redford, who plays Dan Rather in “Truth.” After all, it was the Sundance Kid himself who told Johnson—who is on the Sundance Institute’s Board of Trustees—while touring the property where the Salamander would be built, “You know, this would be a great place for a film festival.”

Says Johnson, “We tried to get him but he was in New York, promoting the movie. But I’m going to get him here. He has got to come.”

If only to have the opportunity to say, “I told you so.”