It’s one of the most iconic lines in cinema: “This is the West, sir. When the legend becomes fact, print the legend.”

That statement, from John Ford’s “The Man Who Shot Liberty Valance” (1962), also could serve as the raison d’etre of the 2015 TCM Classic Film Festival, which just concluded its sixth annual run (March 26-29) in the film world’s capital. Sponsored by the cable channel TCM, the festival attracted classic film fans from around the world to luxuriate in four days of watching films “as they were meant to be seen,” in historic venues such as the TCL Chinese (aka Grauman’s Chinese), the Egyptian and El Capitan, nestled along Hollywood Boulevard.

This year, programmers chose “History According to Hollywood” as the festival’s main theme, along with subthemes of “History According to John Ford,” “Fight the Power: Films About Revolution,” “History on Trial” and the intriguingly named “Herstory” (female-focused films). It was an especially timely focus, given the recent controversies over Hollywood’s “revisionist” history as depicted in the Oscar-nominated “Selma,” “The Imitation Game” and “The Theory of Everything.”

As the festival’s program guide observed, “Hollywood has found endless inspiration in re-creating historical moments and bringing to life the heroes and villains of the past. These films, however, are not always true to the historical record. Filmmakers have often created works about the past that are a reflection of the period in which they were made, or change facts to suit their storyline. The 2015 TCM Classic Film Festival will explore how cinema has shaped how we view, and remember, history.”

In other words, Hollywood has persisted in filming the legend; historical accuracy is for the books. 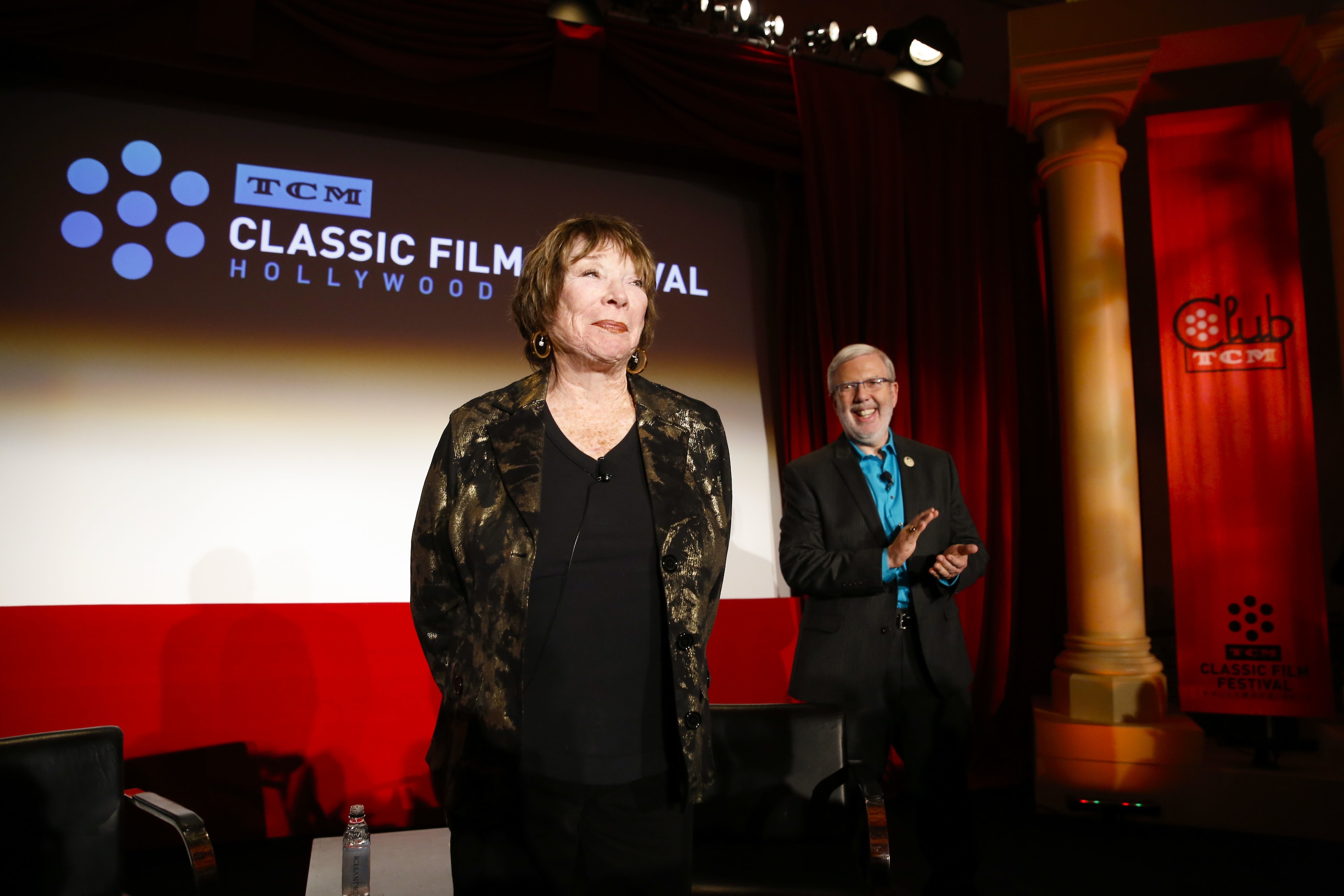 I managed to cram in five films per day, and these titles were among my favorites this year:

“The Man Who Shot Liberty Valance”: Two icons of the Western genre, John Wayne and James Stewart, face off against a common foe (Lee Marvin) as the rule of law comes to tame the anarchy of the Wild West. In what many consider his last great film, John Ford created an elegy to the Western, as well as a salute to the twilight of Hollywood’s old guard.

Actor Keith Carradine, whose career has been reinvigorated with the current TV series “Fargo” and “Madam Secretary,” introduced the film. “I’m a huge John Ford fan,” he said, and reminded the crowd that no less than Orson Welles was, too. “I like the old masters,” Welles once declared, “by which I mean John Ford, John Ford and John Ford.”

“This film’s significant because Ford did only two more films [“Cheyenne Autumn” and “7 Women”] after this one,” Carradine said. “I’m attached to it for many reasons, especially for Lee Marvin”—who has one of his most memorable roles as the malevolent Liberty Valance.

Early in his career, Carradine bonded with Marvin on the set of Robert Aldrich’s “Emperor of the North” (1972), which gave the then 22-year-old actor his big break. That wouldn’t have been possible without Marvin’s guidance, and Carradine remains forever grateful. “Plus, my dad’s in the movie,” he said, referring to John Carradine, the veteran character actor and longtime member of John Ford’s stock company. (Carradine swapped tales with Peter Fonda, another offspring of a Ford stalwart, at the festival’s screening of another Ford classic, “My Darling Clementine” (1946)—which I couldn’t see because it overlapped Dustin Hoffman and Alec Baldwin discussion of “Lenny.”) 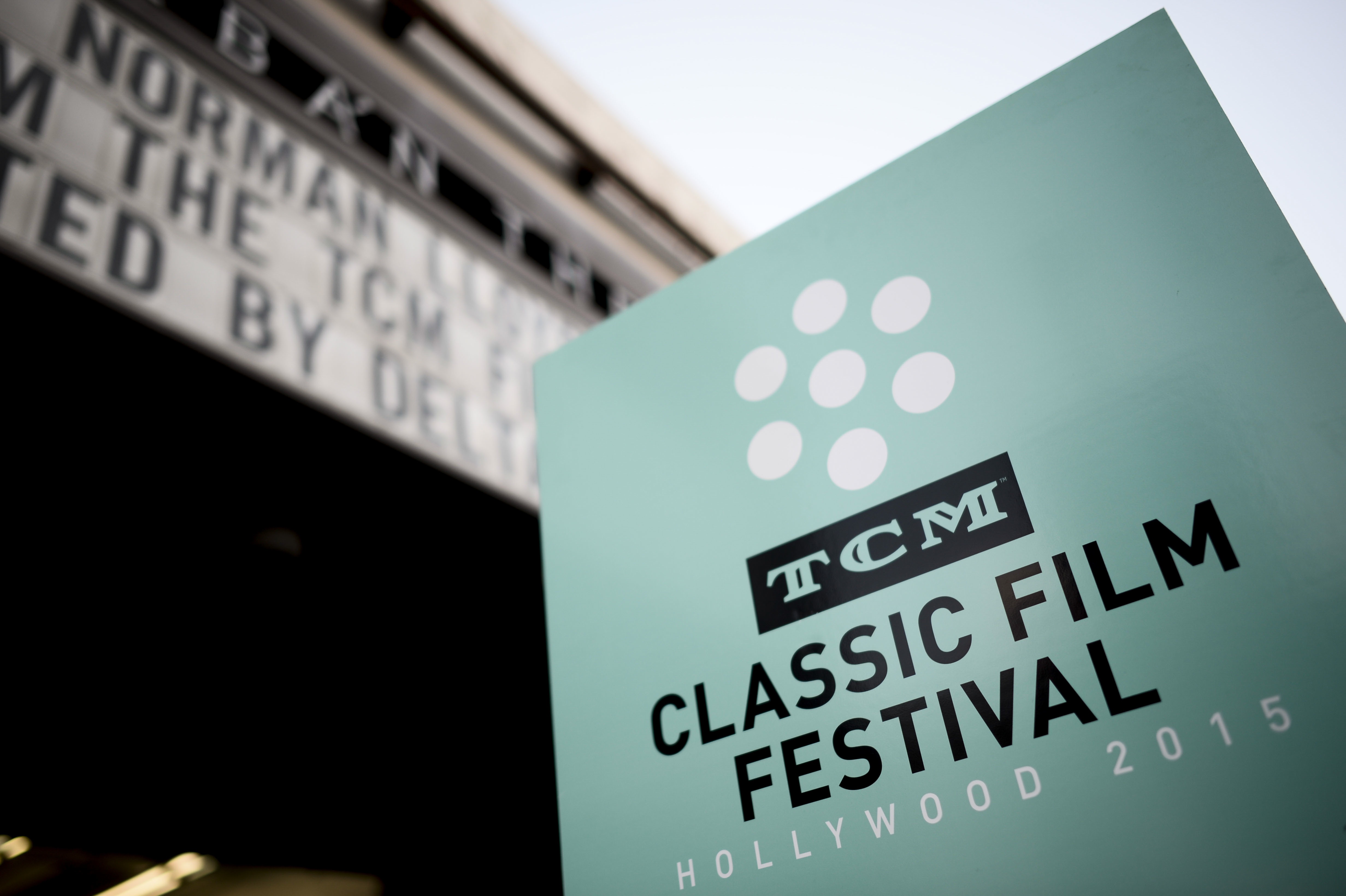 “Chimes at Midnight” (1965): Fifty years after its release, on the centennial of director-writer-star Orson Welles’ birth, this lost classic might finally find a larger audience. Introducing the movie, historian Leonard Maltin noted, “This has been a hard film to see over the years. It’s also a very significant film, if only because Welles thought it was his best effort”—even better than the title universally regarded as his masterpiece, “Citizen Kane” (1941).

Long before filming “Chimes,” Welles had created a new Shakespeare play; in 1939, he wrote “Five Kings,” drawing on the Bard’s “Henry” plays and “The Merry Wives of Windsor,” to feature his favorite Shakespearean character, Sir John Falstaff. “Five Kings” evolved into “Chimes at Midnight,” which follows the quixotic knight as he mentors the young Prince Hal.

The festival screened a digital version from Spain’s Filmoteca Española; “Chimes” was filmed in Spain and was financed in part by a Spanish company. A New York film archive recently discovered “an almost pristine 35mm” print of “Chimes,” but it’s hard to imagine that it might look better than the Spanish DCP, which glistened on the screen. A deluxe home video release and a theatrical re-release are rumored to be in the works, Maltin said.

“Luck was not on [Welles’] side when he finally finished ‘Chimes’—it got a limited release and was largely forgotten,” Maltin said. “But now 50 years later, we finally get a chance to see it on the big screen at the TCM Classic Film Festival. It’s a testament to America’s foremost Shakespearean actor and scholar, who treated this as a labor of love.”

“1776” (1972): Ahead of a June 2 Blu-ray release, TCM fans witnessed the world-premiere restoration of the director’s cut of this history-tweaking musical (the last production of legendary Hollywood mogul Jack L. Warner). Appearing for the screening were the film’s director, Peter H. Hunt, and stars William Daniels (John Adams) and Ken Howard (Thomas Jefferson).

Based on the Tony Award-winning Broadway production, “1776” featured most of the musical’s original cast—a then-unusual move. “Jack Warner hired the Broadway cast because he thought he had screwed up the film version of ‘My Fair Lady’ by not using Julie Andrews,” Daniels said. “So this was his way of making up for that.”

Though the musical had a three-year run on Broadway, it wasn’t an easy sell. It bowed in 1969, at the height of the anti-war movement. Hunt thought this circumstance worked in the play’s favor: “It was born out of the Vietnam era, and I thought the musical would work because it would remind us of our roots at such a polarizing time.”

Daniels was also skeptical: “I didn’t think much of the idea until the first rehearsal, when the full chorus kicked in during ‘Sit Down, John’ [the musical’s first big number], and I thought, hmm, we might have something here.”

TCM host Ben Mankiewicz, who led the panel, teased Hunt: “The Founding Fathers really didn’t sing and dance, did they?”

“I don't believe any of that [singing and dancing] happened, of course, but the film sugar-coats the pill of learning history,” Hunt said. “There are lots of inaccuracies in ‘1776,’ such as the idea that the Declaration of Independence was signed in one day. But the singing gets you over the hump of learning history.” 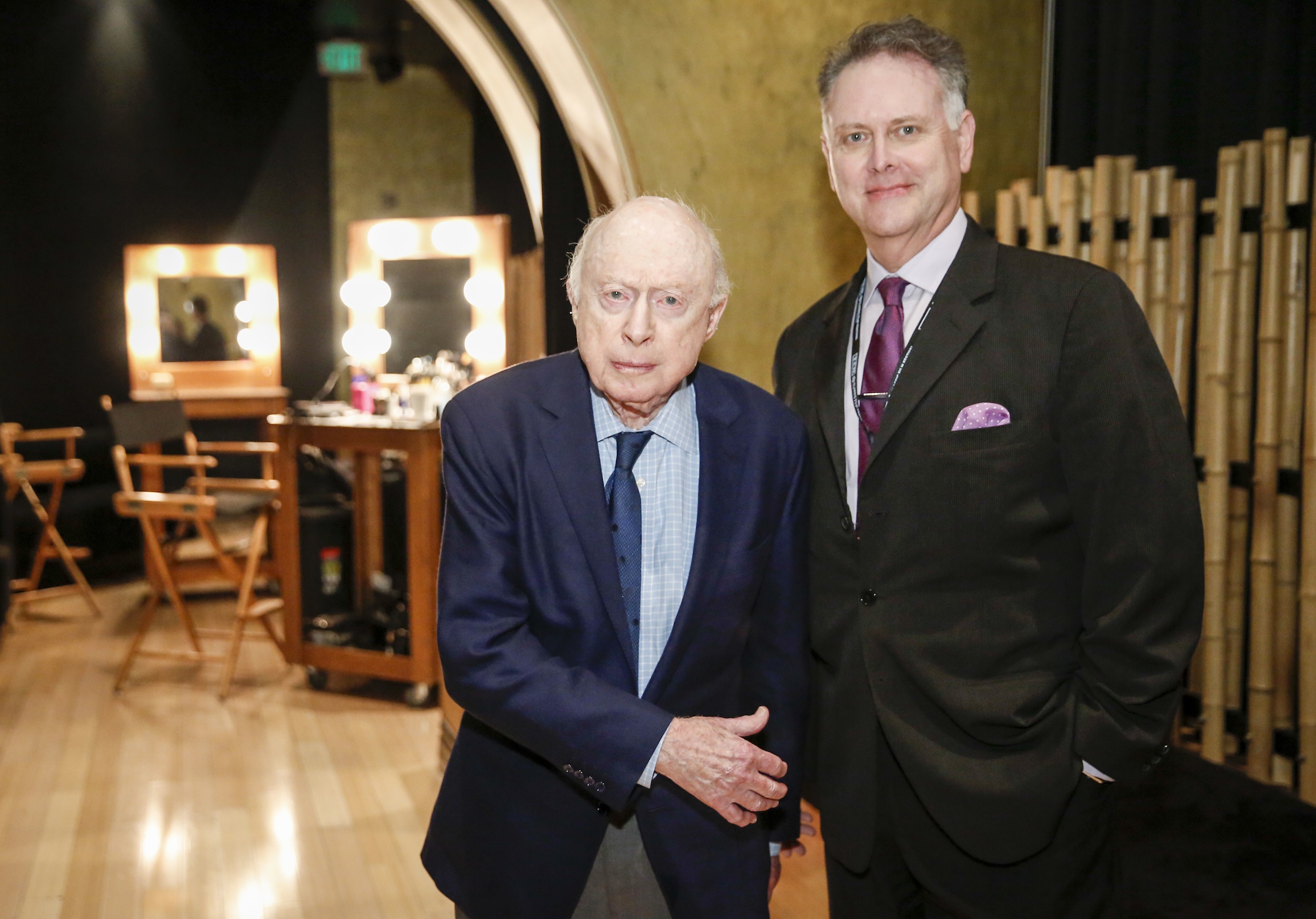 “Reign of Terror” (aka “The Black Book”) (1949): Eddie Mueller, “The Czar of Noir” (as founder and president of the Film Noir Foundation and noir expert in general), introduced this curiosity, featuring an all-American cast (Robert Cummings, Arlene Dahl and Richard Basehart) in an 18th-century crime drama set against political turmoil. He calls it “a history noir, transported to the French Revolution.”

Directed by Anthony Mann, the genre-fluent director now perhaps best known for his psychological Westerns starring James Stewart, “Reign of Terror” proves that “film noir was truly an organic movement,” not limited to Hollywood or even certain genres,” Mueller said. Though it might be set in Paris of three centuries ago, “Reign of Terror” by any definition is truly a noir. “You’ve got Anthony Mann, the greatest American-born director of noir, aided by great sets, a great treatment [by Philip Yordan and  Aeneas MacKenzie], the high-contrast cinematography of John Alton”—regarded as the greatest cinematographer of noir.

Mann and his crew take historical liberties; some of the most glaring are lines that sound straight out of a Warner Bros. ’30s-era gangster movie (as the murderous Maximilien Robespierre, Basehart snarls “don’t call me Max”). The film also follows the Hollywood penchant of dropping American actors into foreign settings without making any effort to blend in. “I love that no one even attempts a French accent,” Mueller said. “I don’t think Bob Cummings was interested in trying that.”

Despite its shortcomings, “Reign of Terror” stands as a strong example of how to do “tight fictional recreations of historical events,” Mueller said. “It does a great job of giving you an impressionistic idea of this era.”

There were many more highlights, of course. Shirley MacLaine, speaking before “The Children’s Hour” (1961) summed up the sentiments of many festivalgoers: “I just want to say before I go that it is such a pleasure to come to this celebration of TCM, and see respect for the past, and the way it was done, although differently, and all you people are so highly evolved in your appreciation of real film. Thank you.”