One of Chicago's best alternative film festivals is CIMMFest, AKA the Chicago International Movies & Music Festival. Now running for its eighth year, this organization continues its unique mission of focusing on movies with predominant musical themes: whether they're films about musicians, musical performance, or that prominently feature musicians. Indiewood releases often touch upon music with biopics (like the recent "I Saw the Light," "Born to Be Blue"), but CIMMFest goes deeper and to more specific territories. This year's line-up features documentaries about the boogaloo, jazz pianist Bill Evans and Smart Studios; the features include a singer/songwriter's savant take on "Aladdin" and killer mermaids that perform pop songs.

The festival runs from April 13 - 17, and is playing at various venues across the city. Along with the titles previewed below, CIMMFest will be doing special events dedicated to Brian Wilson and David Bowie, holding various concerts from start to finish, offering panels and massive shorts programs and much more. Fans of free movies can check out CIMMFest titles (like "Boom Bust Boom") at the esteemed Comfort Station venue. More information about everything can be found here.

Below are a few recommended titles from the narrative and documentary feature offerings, listed in order of their premiere during the fest.

THE SMART STUDIOS STORY: Opening night film "The Smart Studios Story" is a really solid documentary that should satisfy music fans and Killdozer enthusiasts alike. It's the tale of audio nerds Butch Vig and Steve Marker's famous Madison, WI recording studio, which became the venue for an entire musical movement especially after Nirvana recorded parts of "Nevermind" there with Vig. A saga of midwest pride against the showy business of NY/LA, Wendy Schneider's doc has a great story of hard-working underdogs and raw punk energy (including Killdozer, Die Kreuzen, Tad). The post-production itself may be a bit grungy, but "The Smart Studios" is a winning doc in many forms: as any indie filmmaker should appreciate, Schneider was also able to get the rights for its Nirvana and Smashing Pumpkins songs, just a few pieces to a documentary that needs a five-CD soundtrack box set. (Wednesday, April 13, 7:30pm, Music Box Theater)

CORKI DANCINGU (THE LURE): I saw this film when it had its world premiere at Sundance this past January, and while I wasn't a huge fan of it, I am excited that CIMMFest snagged it. The music sequences of this murderous-burlesque-mermaid-dark-comedy are energetic set pieces with catchy songs. If you're in the market for a movie that could become a new favorite or at the very least present you with images you have never see before, "The Lure" is it. (Thursday, April 14, 7:00pm, The Society for the Arts)

WE ARE KINGS: This is one of those musicianship-first, filmmaking-second CIMMFest selections, but its good intentions are heard loud and clear throughout. A road trip movie that assembles an unlikely batch of blues performers to save a bar, genuine musical talents of guitar-playing and from-the-heart singing overshadow most clichés and spotty direction. It's a crowd-pleaser for sure, but the soulful kind. (Friday, April 15, 7:00pm, Logan Theatre) 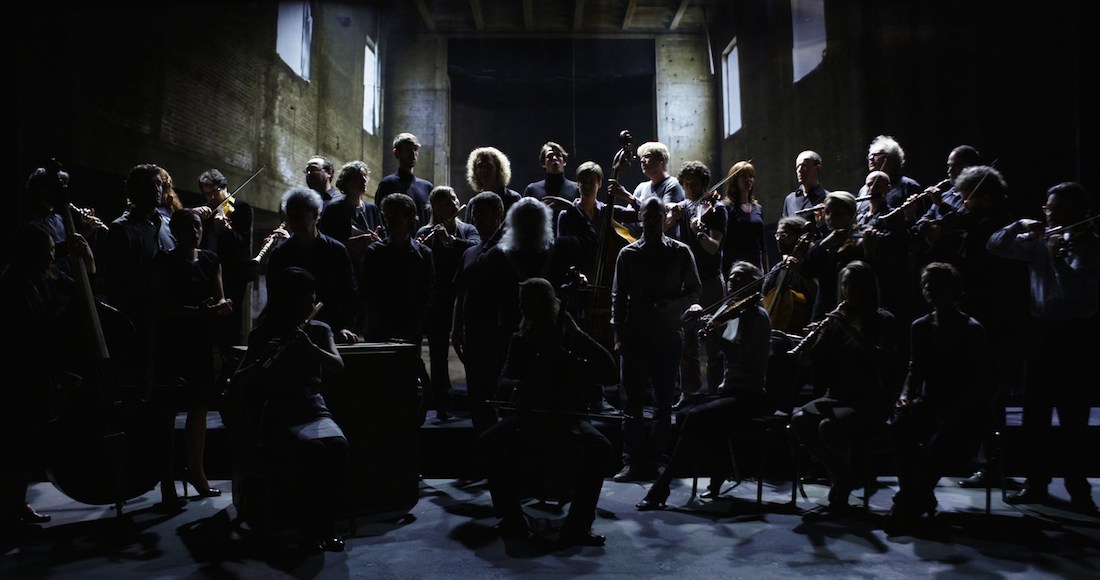 ERBARME DICH - MATTHAUS PASSION STORIES: Here's a deep cut for the classical music crowd, but of a timeless beauty. Director Ramon Gieling's is in awe of Johann Sebastian Bach's "St Matthew Passion," and celebrates it by sharing the effect it has had on so many different lives. In between dramatically staged performances of it (gorgeously shot and with no lip syncing in sight), various people (like the opera conductor, or a painter) share its personal significance, or their interpretation of it. The stories are incredibly emotional, the beauty of Bach's composition energizing the piece. As expressed in different art mediums like dance and painting, "Erbarme Dich - Matthaus Passion Stories" incorporates them all into the ultimate art form of cinema, offering numerous show-stopping moments for a piece from 1727. (Saturday, April 16, 12:30pm, Logan Theatre)

WE LIKE IT LIKE THAT: "We Like It Like That" documents the history of the boogaloo genre, a musical movement from the 1960s defined by Wikipedia as: "the fusion of soul music with Cuban mambo." This documentary by Mathew Ramirez Warren provides an energetic history to the genre, while featuring its key players and biggest fans talking about the effect the music had on their adolescence. "We Like It Like That" is a funny, warming tale of nostalgia, with an irresistible rhythm and strong aesthetics, including three-dimensional archive photos and lively reenactments. It's about as charismatic and educational as any movie you'll get about a fascinating musical genre. (Saturday, April 16, 2:15pm, Logan Theatre)

147 PIANOS: "Gymnopédie no. 1" by Erik Satie is one of the most played pieces in the history of pianos, but I doubt you've heard it performed simultaneously on 147 of them. Such was an event on October 19, 2013 in Chicago's Lukas Piano Service on the west side, in which pianists of all skill levels and ages played pianos that had been collected throughout the years—some alive, some dead, all haunted. The results, as with the otherworldly takes on the melodies of Satie or Scott Joplin, are assuredly discordant and undoubtedly spectacular; the harmonic texture has as much personality as a fictional character. Though the players are using sheet music so as to not create all-out chaos, director Dolores Wilber takes a more experimental approach to these performances, which provides a few too many shots of reflecting silver balloons, and perhaps too less of individuals simply playing. Still, the film has a great look, story and is a marvel of sound design, taking your ears as close to the phenomenon as a time machine could. (Saturday, April 16, 3:00pm, 1st Ward) 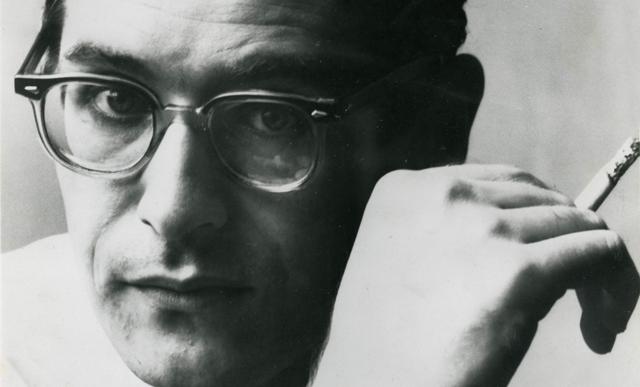 BILL EVANS: TIME REMEMBERED: "Bill Evans: Time Remembered" is a sophisticated doc with grade-A storytelling, overcoming any dusty video quality with an exhilarating focus on a fascinating life. Director Bruce Spiegel's doc is a story of a genius, the jazz pianist and composer Bill Evans, and how he rose from a type of prodigy to a wonder of the genre, especially as a key collaborator with Miles Davis on the likes of "Kind of Blue." Evans' tragedies are expressed with delicate filmmaking, enlivened by personal talking heads who all seem to be sitting in their homes during the interviews (a warming homemade touch among many). Like the best of music docs, it never hesitates to dissect the great technical qualities of Evans, or to paint a picture of the jazz scene that's wider than just one brush stroke. Along with being a full, emotional portrait as intimate as a friendly conversation, it is jazz geekery unleashed, the type of feature-length ode that you can only find at venues like CIMMFest. (Saturday, April 16, 4:00pm, The Society for the Arts)

DESIRE WILL SET YOU FREE: Writer/director Yony Leyser's "Desire Will Set You Free" is kind of free-spirited saga through modern Berlin, treating its shifting characters and eccentric settings with a narrative atmosphere akin to Mia Hansen-Løve's "Eden." There's some story in here about Ezra, an author (Leyser) falling for a Russian prostitute who himself wants to become trans, and his friends' own relationship stories. But I found the overall package more interesting as a moment in life, a coming-of-age tale set within a backdrop of Gregg Araki and Candy Darling name drops, in-between drugs and über-Eurotrash club performances. It's a polarizing slice of a new subculture, about those who can afford to find themselves abroad—and live inside mise-en-scene that seems like the project of an entire arts school. The movie is too vibrant to be overlooked, even if some viewers might walk away from (or out of) it with their brain matter in their hands. (Saturday, April 16, 7:00pm, Logan Theatre) 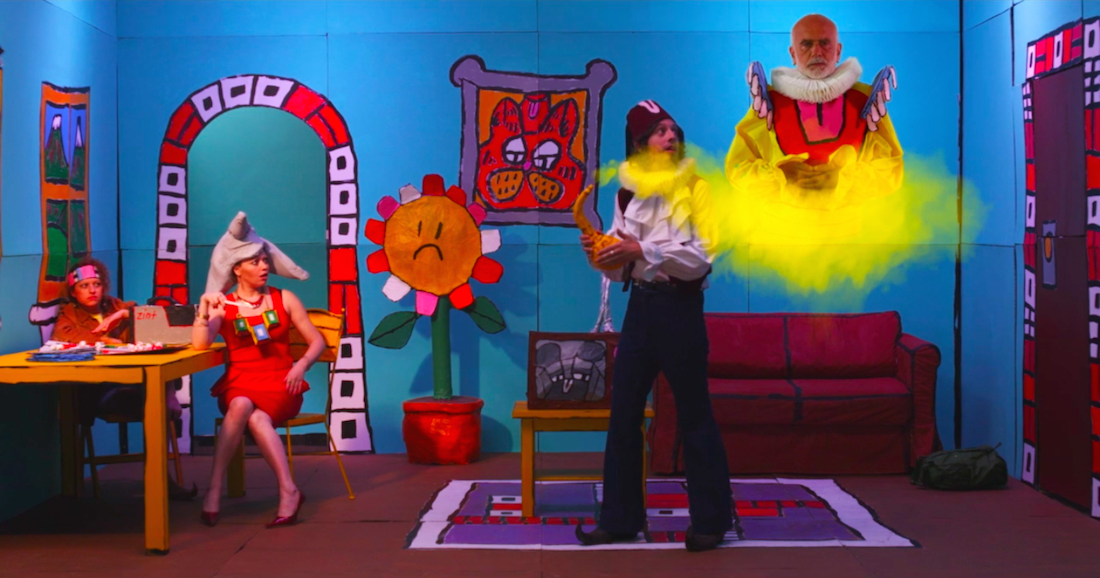 ADAM GREEN'S ALADDIN: What a thrill it is to see a film that has to be 100% what the artist intended. Music more readily provides that sensation of autonomy; the tools are available. But feature films are very rarely autonomous, unless you're actor/writer/director Adam Green, and you create an entire production design out of papier-mâché, use your own songs (from your entire discography), cast your friends, and are only at the mercy of the nearby craft store's supplies. Perhaps by no coincidence, Jon Favreau's "The Jungle Book" comes out the same weekend as "Adam Green's Aladdin"—they're both built from scratch in warehouses and are visual marvels that adapt revered Disney-fied classics. Green's take on "Aladdin" features a lamp that is a 3D printer, a CIA conspiracy and the math that "God = Humans \ Nature + Aliens," but I digress. It's got a heavily-detailed, homemade 8-bit production design and a trippy narrative with its own sense of wonder, all packaged with the sincerity of Green's music. Now, his goofball, ironic and heartfelt poetry has been bottled into a movie that belongs in a museum. (Saturday, April 16, 11:00pm, Logan Theatre)

SCRATCH - A HIP-HOPERA: This Canadian import is an ambitious feature film brimming with passion for its title genre. The term "opera" seems like a bit of a stretch, considering that musical sections play out like low-budget music videos, where fourth wall-breaking is the fanciest effect, but the scope of an opera is there. The movie is about the headspace of hip-hop fans, and is committed to expressing truths about these character's real life inspirations that can't be captured in a documentary (a first-act framing device). The focus is on a young rapper named Leslie, son of Haitian immigrants, who raps in a Quebec-based group called Lights and Shadows. His struggle with personal identity, along with a traumatic personal tragedy, are the various pieces that come to play in a musical of sorts that ain't Puccini, but it comes very close to having the same passion. (Sunday, April 17, 12:00pm, Logan Theatre)

LOVE & MERCY: If you're in the market for music films you've probably already seen Bill Pohlad's heaven-sent Brian Wilson biopic "Love & Mercy." But even if you have, you're also probably hip to its value as an audible experience, not just in scenes that duplicate the creation of the greatest pop album of all time, but the new soundscapes by composer Atticus Ross. To see "Love & Mercy" is to rattle inside Wilson's brain, of which listening to the film on the Logan Theater's sound system is one great arena. (Sunday, April 17, 8:30pm, Logan Theatre)