I Saw the Light

Hank Williams was arguably the first modern superstar of country music. There’s also a sense in which you could call him a rock star, and the sense is a tragic one: he died on the way to a gig, of heart failure, after a short lifetime of not taking terribly good care of himself—age 29. His songs remain country standards and rightly so, but there’s not much room for his haunted persona in contemporary country. Williams’ son, whose name you might be able to guess, projects a much hairier and more rambunctious model and is, as such, more of an influence. (“You Sure Hank Done It This Way?” is the name of a rueful State-Of-Country song cut by Waylon Jennings. Back in 1975, for heaven’s sake.)

“I Saw The Light,” written and directed by Marc Abraham, is a never-less-than-handsomely-mounted film biography of Williams; the particularly outstanding cinematography is by Dante Spinotti, the craftsman who also shot the likes of “Heat” and “L.A. Confidential.” Williams is played by the lanky, high-cheekboned British actor Tom Hiddleston, and he’s a terrific physical match for the man himself, who had a perpetual lean-and-hungry look. Hiddleston’s performance is a masterful one: understated, superbly modulated, empathetic. Hiddleston can also mimic Williams’ yodel-inflected singing style, which brought the innovation of classic country warbler Jimmie Rodgers into a more pop-friendly realm, with impressive accuracy. While Hiddleston’s is the standout performance, and why not, the rest of the cast is formidable: Elizabeth Olsen, Cherry Jones, Bradley Whitford, David Krumholtz and a host of others do superb work in roles of spouse, mother, business associate, and so on.

And yet the movie flounders. Williams was a serious alcoholic and eventually a pain pill addict; his relationships with women were hectic, to say the least; his massive talent was complemented in the negative by a substantial and ever-increasing lack of ability to show any kind of responsibility. The messy specifics of Williams’ adult life prove too intransigent for Abraham’s abilities; the writer-director can’t make coherent art out of them. The key conflict—at least initially—in Williams’ first marriage, to Olsen’s Audrey Mae, has to do with her own singing ambitions. They’re strong, but her talent is not, and this makes for a series of discomfiting scenes. Abraham’s everyone-has-their-reasons sense of balance may be commendable on humanist grounds, and there’s no compelling reason that Audrey Mae has to be the villain in the scenario, but there’s no effective tension here; the drama is flat. Later in the film, when Williams’ romantic imbroglios take on a nearly farcical pitch, he behaves with staggering callousness to one of his girlfriends (Wrenn Schmidt's Bobbie Jett) and the movie can barely shrug its shoulders. Many opportunities for character illumination are fluffed. In a meeting with Hollywood movie mogul Dore Schary, Williams arrogantly refuses to take off his hat for the executive. The implication is that Tinseltown’s too phony for Williams. Mere minutes later, Hank is doing some very cornball schtick with an overweight comic emcee on the Grand Ole Opry radio show. This suggests a dichotomy that might have been fruitfully explored. But it is not.

There are moments. Williams’ tetchiness with a New York journalist (Krumholtz) sticks to the ribs, as does a drunken freestyle courtesy of Williams’ darkling alter ego Luke the Drifter. But in the end, “I Saw The Light” doesn’t illuminate enough to show us an entirely compelling Williams. 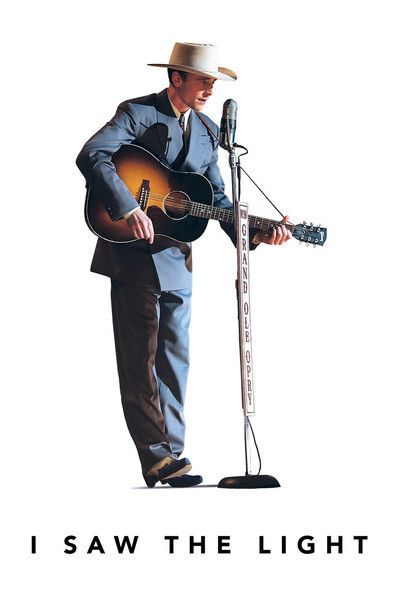 Rated R for some language and brief sexuality/nudity.