During the film festival, everything in Cannes is carefully curated to be its best and most entrancing self, from the film-themed shop windows and the lush public gardens to the booths in the film market, where the regional or worldwide rights for almost every recent production on the planet are for sale. It is in effect a trade show, where appearance is everything. There’s a perky potted orchid at one booth, and an expensive floral arrangement at another. Little candies sparkle in bowls. I stop in wonder at one film distributor’s wicker tray displaying an artful pattern of colorful Gummi candies surrounding a lone Snickers bar in the center. Three days now and it’s still there. Would any passerby strolling the market dare to grab that Snickers?

The mystique of the curator is central to “Wonderstruck” by Todd Haynes (“Carol”), premiering in competition for the press today. Author Brian Selznick adapted the screenplay from his own novel. Another of his novels, “The Invention of Hugo Cabret,” was the source material for Martin Scorsese’s “Hugo.” In part, the film explores the mystery of the collection and preservation of things across time, and the messages they can hide or convey. Two museums play key roles. Two stories are seen through the eyes of two children of different eras, but not through their ears, because both children are deaf.

In making the condition of deafness integral to both layers of the film, Haynes has employed the conventions of the silent film, in which the image and the gesture are everything. The film’s collision of concepts: the parallel stories; the silent movie conventions; and the theme of the museum as a cabinet of wonders where secrets are revealed, results in occasional wonderful moments, but also in a tedium of ticking off parallels until they merge through coincidence.

Ben (Oakes Fegley of “Pete’s Dragon”) is the 12-year-old son of a single mother (Michelle Williams) in northern Minnesota in 1977. Within the same week his mother dies and he loses his hearing in a freakish accident. With only a faint clue found in an antique book in his mother’s bedroom, he runs away to search for his unknown father in New York City.

In the parallel story set in 1927, Rose (Millicent Simmonds), a 12-year old girl born deaf to a wealthy but punitive father, runs away to New York in search of her mother, a famous silent screen actress. Haynes portrays Rose’s story, shot in black-and-white, with the more exaggerated acting style and melodramatic flourishes commonly associated with the silent film era.

The narrative leads both Rose and Ben to the Museum of Natural History, where dioramas, animal exhibits and curiosities, and a new friend for Ben, will provide the links that bring them together and resolve the mystery of Ben’s father. It’s meant to be magical, and at times it is, especially when Haynes turns to models and dioramas to tell the story, and has Ben and an adult Rose (Julianne Moore) step out onto a huge scale-model of New York created for the 1964 World’s Fair.

On the negative side, “Wonderstruck” suffers from the limited range and one-note delivery of its child actors, and from a plot that never catches fire emotionally, leaving the film’s reliance on complex coincidences and accommodations to a non-hearing world open to criticism as mere by-the-numbers constructs. There are long stretches when “Wonderstruck” feels like a tepid after-school special, when it might have lived up to its title. 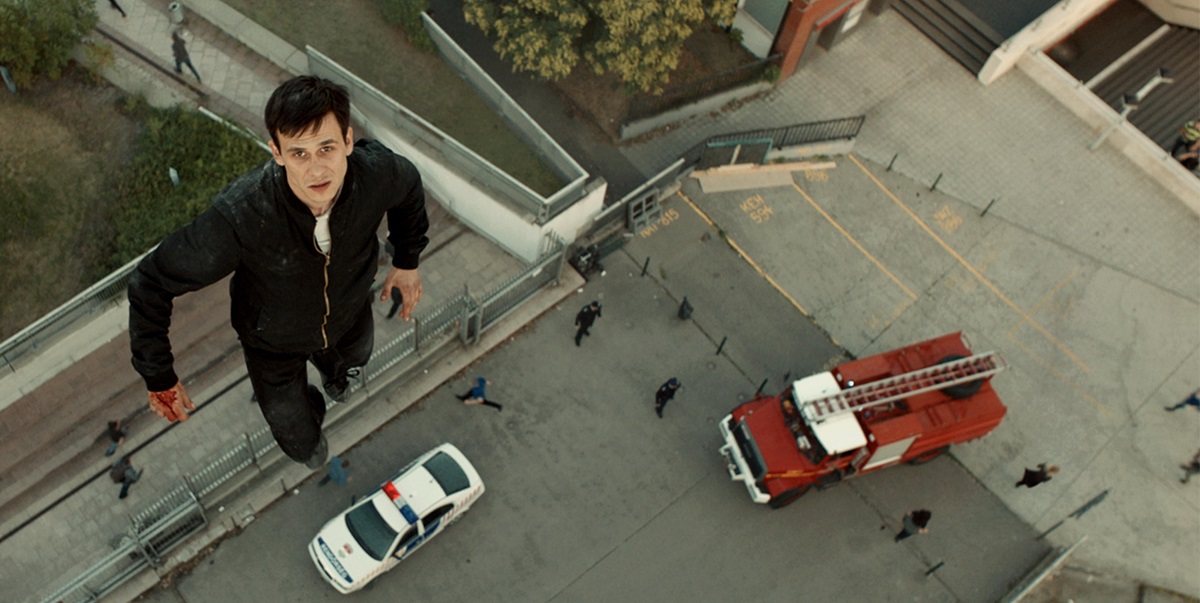 Wonder was more legitimately earned by “Jupiter’s Moon” by Hungarian director Kornel Mundruczo, also screening in competition today. Mundruczo won the award of the A Certain Regard sidebar at Cannes in 2014 for “White God,” a film in which a city’s canine population rebels against the inhumanity of humans and pursues revenge. The even more surprising and resourceful “Jupiter’s Moon” is a genre-bending film that careens through human rights drama, thriller, supernatural fantasy, and quasi-religious message film, to end up as a black comedy.

This is one of the festival selections that treats the European refugee crisis, but in a manner that completely defies any expectations: "Jupiter's Moon" opens with a sequence in which smuggled Syrian immigrants are savagely attacked by heavily armed Hungarian border police at the Serbian border. The vicious officer in charge shoots an unarmed young man multiple times in cold blood, and will later claim self-defense.

Aryan (Zsombor Jeger), the victim, falls to the ground seemingly dead, with blood pumping from his chest. Suddenly, his body slowly rises into the air, turning and gyrating while droplets of blood float away from him like little red soap bubbles. This magic realist element becomes the driving force of the plot, as Aryan comes under the venal guardianship of corrupt Dr. Stern (Merab Ninidze), who shakes down refugees to amass the cash he needs to pay off a malpractice suit.

Exploiting Aryan’s ability to levitate at will, Stern keeps him under control by promising to replace his passport and papers at an enormous price, which the naïve young man must earn by performing “miracles.” Patients stuff their life savings into Stern’s hand after witnessing his visiting “angel.” Aryan is sometimes an angel of death, bringing a violent demise to a white supremacist, and the longed-for peaceful end to a terminally ill woman.

Cynicism and corruption reign in this society, and Aryan is meanwhile being hunted as an alleged terrorist by the very man who shot him, one of Stern’s cohorts. Almost imperceptibly the story shifts into a zanier mode that will include a major car chase, shootouts and SWAT-team action in the grand Budapest Hotel, with a satisfying side of redemption. Mundruczco didn’t need to deliver any overt philosophical messages through dialogue, but he threw one in anyway. On the verge of capture, Aryan asks Stern, “Where is a safe place?” Stern replies, “There is no safe place from the injuries of history.” 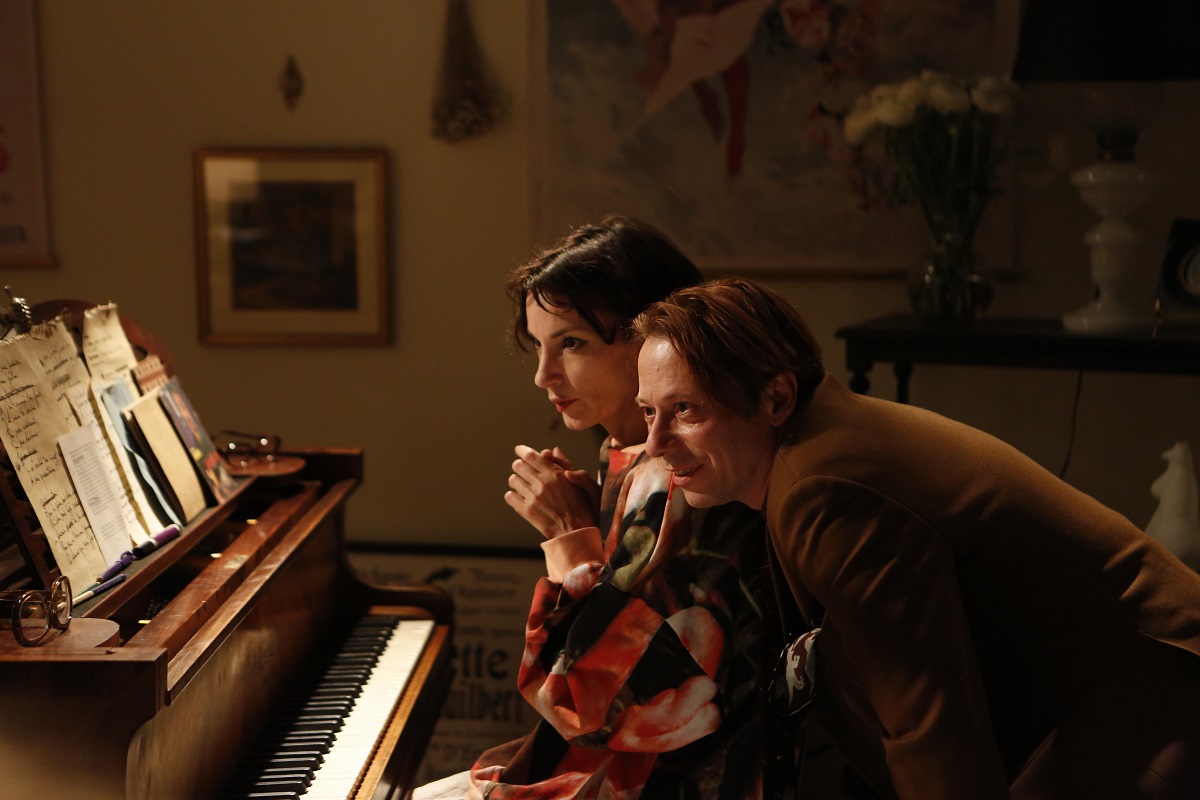 The Certain Regard sidebar opened tonight with “Barbara” by Mathieu Amalric, better known as one of France’s most prolific leading men. As an actor, Amalric did not exactly distinguish himself as the star of the festival’s poorly-received opening film “Ismael’s Ghosts.” He strikes out yet again in his alternate career as director, with “Barbara,” a biopic of the French chanteuse of that stage name (1930–1997), a friend of Jacques Brel whose songs of lost love were autobiographical, and who became an activist in the fight against AIDS late in life.

The film has a hard-edged fashion-conscious look that suits the subject matter, but the narrative is fragmented and poorly defined in a way that betrays inexperience and disorganization on the part of the director. In fewer words, it’s a mess. In “Tournee,” a previous showbiz-set feature by Amalric in which he plays a producer accompanying a bevy of strippers on tour, the story was at least coherent.

In a scheme not unlike that of “Ismael’s Ghosts,” “Barbara” is meant to function as a film within a film being directed by Amalric’s character Yves; it’s the behind-the-scenes life of Brigitte (Jeanne Balibar), the actress portraying Barbara in that film; and it’s a look at the fantasy life of Yves in relation to Barbara. As realized, these aspects all blur together without definition. Balibar sings her heart out with brittle efficiency in virtually every scene, making it seem like Amalric decided at some point to throw in the towel and let the film stand as a weirdly disjointed cabaret.